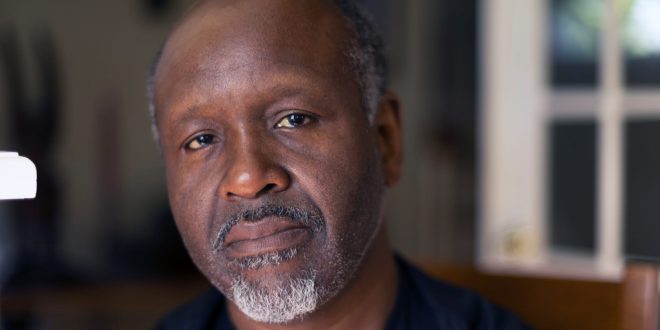 2 weeks ago Comments Off on Chika Okeke-Agulu: Shining the Spotlight on a True “Son of the Soil” 27 Views

Some days ago, Tobi Amusan broke the world record for the female 100-meter hurdles sprint. Reading the news story, I was thrilled that someone had yet again raised the green and white flag high. Although the country is in a continually worsening state of affairs and is being speedily driven into the abyss of failure, one is ever happy to see that there are Nigerians who have chosen to always do the country proud. There is always that joy and sense of pride when we see people from our country, continent, family, or ethnic group win.

I felt that same excitement when I got news of the consecutive waves Prof. Chika Okeke-Agulu has been making, thus doing Nigeria proud. He is indeed our scholar of the year. Make no mistake about this, Prof. Okeke-Agulu is not new to the world of wavemakers. He is a respected professor of Africa-related art who has made invaluable contributions across several academic disciplines and has received numerous awards, fellowships, and appointments. He is an academic whose life is the perfect representation of excellence. I was motivated to write this piece because Prof. Okeke-Agulu was recently named one of the new 52 fellows of the highly-revered British Academy. Beyond that, he was also appointed as the Slade Professor of Art and Art History for 2022 and 2023 at the University of Oxford.

Prof. Okeke-Agulu’s accomplishments give me immense joy, but they are not surprising because the scholar has always been outstanding from his undergraduate days at the University of Nigeria. He graduated with a First Class Honors degree in Sculpture and Art History from Nsukka, one of the best schools for fine arts in the country, then went on to earn an MFA in Painting from his Nigerian alma mater, and an MA in Art History from the University of South Florida. He became an Emory University Scholar and obtained his Ph.D. in Art History.

Although his passion is largely tied to the Fine Arts, Prof. Okeke-Agulu and I share a mutual love for and interest in history, media contributions, and multi-disciplinary endeavors. He has enjoyed a successful stint in media and journalism and once worked as a contributory writer and columnist for The Huffington Post. He is also a widely published academic and author and has authored several books and contributed to leading art publications. His writings and publications border not only on artistic contributions but also on art critiquing, and anyone who has read Okeke-Agulu will appreciate how well he analyzes works.

In addition, he has been a collector, curator, or co-curator for several art exhibitions and events in Nigeria and some other countries, including at the Uche Okeke 60th Birthday Retrospective Exhibition, the El Anatsui: Triumphant Scale in Munich and Doha, spanning several years. He has also served as a curatorial consultant and advisor for some of the best museums in the world, including the Newark Museum of Art (where he advised on the expansion of the African Collection) and the Tang Museum of Art (where he served as a consultant on Environment and Object in Recent African Art).

The multiple-award-winning professor of African and Diaspora African Art is also a member of the advisory boards of the Hyundai Tate Research Centre, Tate Modern, London, The Africa Institute, Sharjah, and Bët-bi/Le Korsa Museum Project, Senegal, the Mpala Research Center, Nanyuki, Kenya, the executive board of Princeton in Africa, and the editorial board of Journal of Visual Culture. Prof. Okeke-Agulu’s works include personal and collaborative exhibitions consummately reaching up to fifty, across several countries within and outside Africa. He consistently sets Nigeria on the map of global recognition for something good, and this is easily proven by his achievements over the course of his career, right from when he was a lecturer at the Yaba College of Technology to his current position as a revered professor at Princeton University.

Among Prof. Okeke-Agulu’s achievements are several academic appointments and fellowships. He was the Robert Clark Sterling Visiting Professor of Art History at Williams College in 2007, as well as the Director of the Program in African Studies at the Department of African American Studies and Department of Art and Archaeology, Princeton University. Also, he was the Clark Fellow at the Sterling and Francine Clark Art Institute in 2008. In 2020, he was Kirk Varnedoe’s Visiting Professor at the Institute of Fine Arts, New York University.

It is important to note that the British Academy selects only the best of the best for its fellowship, and the Slade Professorship, which is the University of Oxford’s oldest professorship in art and art history, has made Prof. Okeke-Agulu the successor of several well-respected and influential names, some of whom he probably looked up to and idolized in his formative years as an artist and art critic. Today, he is the occupant of that same position, which would see him deliver a series of lectures in 2023. This is a highly-coveted position that is only given to the most outstanding and the most deserving. Prof. Okeke-Agulu has proven his worth several times, and these appointments are a way of recognizing the artistic ingenuity of this academic.

Prof. Chika Okeke-Agulu’s services to Princeton University are invaluable. He has held several positions at the university and is an active champion of the Princeton in Africa initiative and its mission and vision. He was on the Faculty Advisory Committee on Appointments and Advancements, and currently serves as a member of the Princeton Institute for International and Regional Studies Executive Committee. These are just two of the different administrative and advisory positions he has held at Princeton University, aside from his active participation as a teaching professor.

In March 2022, Prof. Okeke-Agulu was the keynote speaker at the Africa Institute’s Global Ghana: Sites of Departure/Sites of Return, where he delivered a brilliant and intriguing lecture on “El Anastusi’s Metamorphic and Shape Shifting Objects,” which was also an avenue to garner insights into his book on his new El Anastusi, El Anastusi: The Reinvention of Sculpture, a book he co-authored with Okwui Enwezor. Anyone who got the opportunity to listen to the lecture would readily see how invested these two researchers and authors were in telling the story of El Anastusi. Or what else could have led to collaborations and research spanning over 30 years? The keynote speech was an avenue to hear Prof. Chika Okeke-Agulu speak about how he examined the artistic understanding of El Anastusi’s shapeshifting sculptures using ontological and epistemic approaches. He further examined the challenges these approaches and El Anastusi’s work pose to the status quo in research in art history.

There may be numerous things to worry about when it concerns Nigeria, but now is not the day to criticize the ills and unscrupulous events in the country. Rather, it is a day to shine the spotlight on a good son of the soil, to say it the African way. It is a day to celebrate Professor Chika Okeke-Agulu and felicitate him on his recent exploits. There is no doubt that he will excel in the new capacities that have been awarded to him. His multiple ongoing initiatives will transform higher education, creative work, and entrepreneurship in Africa.