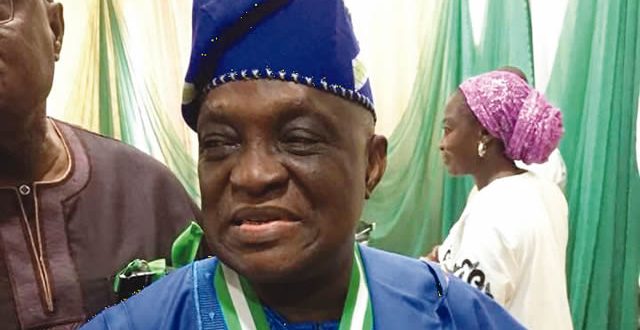 November 19, 2021 Comments Off on Toyin Falola: A Gong and Drums to Honoured Merit 72 Views

When, not if, (to my mind’s eye, estimation and anticipation,) you win the Nobel Prize, there will be a cascade of post-Award controversies. To be sure, I do not for once equate merit with prizes. The best is not always the one who takes the prize, even though there is yet no better reward system found for merit than evaluative mechanisms that result in award of prizes. The controversy will rage over whether the prize should be in the Humanities or the Social Sciences: there will be further discipline ‘Balkanization’ of views—between History and Literature, at least. These are the two disciplines whose paths you have trodden and tarried on most in your chequered history of scholarship, intellection and academics. The contestation will be an undisputed certitude of your ubiquitous knowledge range; one that cannot be pinned down to one subject, even though you are a world famous historian, you have promoted literature and its literati, just as much and well, if not more than you have uplifted your early chosen career subject. The controversy that trailed Bob Dylan’s Nobel for Literature, when most people just know him as a musician in the pop-cultural tradition, would pale into pitiable insignificance.

The prose and lyrical run and fluency of your work, essentially for which the award of honoured, non-honorary (non-honoris causa which you have collected in dozens) is equally attributable in my ‘innocent’ estimation, in style, both to history, which de jure, it Is and to literature, de facto. University of Ibadan must be hurrahed for boldly awarding the rare academic honour of a D. Litt. (earned higher doctorate) to you for your work in the History Department.

The sheer volume and breadth of your scholarship and its output leave me always breathless and perplexed with each rapid peel of the huge Chinese onion of your incredible infinite output! The best of your products (with the mammoth crowd of your ceaseless turn out, there must be those that are not among the best), if quantifiable, is best in any of your key disciplines which confront us daily, the year round; and they are salutary!

So when I fondly call you Ojogbon Agbaiye, the universal intellectual, for want of a more precise translated definition of the globality of your intellection, I most probably understate the weight of my appreciation of the profundity and limitless vastness of your knowledge output and your frightening dispersal capaciousness.

Will this terse Tribute represent and equate deserved accolade from an unwitting beneficiary of your indiscriminate, over-generous promotion of intellectual productions, defined only and always by merit?

Let me then summon a gong on top of an ensemble of drums and songs from all over Africa for this weekend’s performance of your merit award/ award on merit. And let a million pigeons hover over the skies of Ibadan this weekend for Ojogbon Agaiye. Ire o!

*Obafemi is a former President, Association of Nigerian Authors (ANA). He recently retired as a professor of literature from the University of Ilorin.