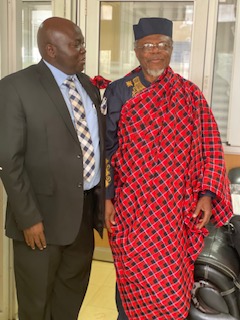 It is common knowledge that the paradigm shift in the twenty-first century is rooted in technology and an easier way of achieving a goal. It is not difficult to agree with the proposition that technology is the backbone of societal development. According to James Smith (2009) in his book, Science and Technology for Development, no matter how we ascribe it to modernization, technology has had its origin drag through human’s rough path to growth in society. Besides, culture can be seen as the pointer of the state of development of such a society in many ramifications. Edward Taylor, the famous anthropologist, expressed culture to mean the attribute of the people in a society that has a developmental continuity from “savagery” to “civilization.” In his badly titled-book, Primitive Culture: Researches into the Development of Mythology, Philosophy, Religion, Language, Art and Custom, Taylor almost exhaustively defined culture as “that complex whole which includes knowledge, belief, art, morals, law, custom, and any other capabilities and habits acquired by human as a member of society.” In other words, culture involves science, the study of things, and includes technology as the application of science itself.

Essentially, technology is a process, and its presence is showcased by culture in societal development. Nicolas Peterson (1968), in an article, “The Pestle and Mortar: An Ethnographic Analogy for Archaeology in Arnhem Land,” opines that the need to break down complex consumable substances into bits brought about the discovery of how to beat them down, which led to the invention of grinding stones, pestle and mortar, old rickety grinding machines, then to the advanced fancy grinders with manual operations and electronic powering. Each of these old technologies, particularly the pestle and mortar that characterized African Heritage, was highly valued and used at the time. However, current trends have also become very popular that it has become an identifiable attribute that is becoming part of us. The above analysis shows that technology, regardless of how it is exalted in its modernized and refined state, is a culture of its own, either new or old, as it has become habitual to those who use it.

Past Technology as the Hallmark of Cultural Identification

Culture encompasses technology and other attributable abstract or physical materials. Every culture is mainly dependent on technological breakthroughs. Different things would define societies, and they are majorly considered to be original to that society. However, society itself did not begin with that knowledge hovering over the waters as it did in the beginning. Each of the identical materials is encountered by society in different places. These discoveries and their applications reenact the fact that technology itself is the premise for cultural identification.

For instance, the African fashion industry is prestigious for its uniqueness and exhibition of integrity, and has been used as a symbol of Africanism. The popular Kente fabrics are often attributable to the Asante people of Ghana. This brilliance of a fabric creation can be traced to the interaction with Sahara traders who brought different items, designs, and patterns for sale to the Asante. As stated in one Asante lore, Akenten, the then king, developed an interest in silk and dye and wanted to develop the Kente band weaving. Sjarief Hale (1970), in “Kente Cloth of Ghana,” says that the Kente is made from traditional materials which come in a variety of colours: yellow, red, and blue, as well as some new design blends of white, green, and black. The development of the Kente underscores the fact that the present cultural identities, which are perceived as rigid, were first the result of past flexibility. As a result, the Kente style has evolved over hundreds of years and has become synonymous with the Asante people. This cultural material was once a technological breakthrough from the knowledge of weaving obtained from diverse sources.

Culture has an attribute that is far from being imminent. It evolves, and the evolution is often attributed to discovering the technological know-how preeminent at that time. At every point in time, the interaction of these two concepts redefine societal values and gives a new face to how things are done. The discoveries have influenced religion, politics, and other aspects of life in the past, and they have successfully identified themselves as eternal. The discovery of iron, which has resulted in many technological breakthroughs, has influenced African religions, city expansions, and trade advancement.

Since the early discovery of iron in Africa and many stages of its development, society has adjusted to its reality. For example, the Guinea Coast, the Yorubs, the Benin Kingdom, Fon, Dahomey, among others, worship the god of iron, who was mythical and heroic for his legendary mastery of hunting war. Sandra T. Barnes (1980), in “Ogun: An Old God for a New Age,” posits that religion was formed around Ogun, and he became a god to date with iron symbolism. More so, the invention of the iron was responsible for several historical conquests in Africa. An example was the aggressive expeditions of the Old Benin Empire, as observed by the Portuguese traders after the 15th century. Logically, there must always be a reaction and counter-reaction when culture and technology clash. This is because society finds it difficult to adapt to contemporary technological advancements, and a considerable part of them initially revolt against it.

With the rate of development and the attainment of globalization, there has been a cross circulation of technological discoveries globally, which may not be as easy as assumed. However, while many societies have refused to adopt technological advancements, Africa is one of the fastest continents to adapt quickly to technology. For instance, the introduction of mobile phones in the continent was warmly accepted, and Africa is quickly becoming a top market for phones. Similar technological advancement has been welcomed with open hands on the continent, and diseases are being treated with high-grade technological innovations.

Technology and Culture Incorporation: An Approach to Solving African Problems

In any society, technological development is an appreciated growth. But with the influx of foreign items, these developments are becoming strange, requiring extra and deliberate learning to operate and potentially discriminating in terms of users’ experience. Society’s literacy level has exacerbated this problem as some do not understand a product or how to use it. Hence, societies on the African continent might not enjoy the best innovations. One way to resolve this problem is to localize specialized products, where they are packaged in the unique language of the specific society. The people will be ready and willing to use these products because they understand what is presented to them. In addition, there should be a local alternative for technological development registers. For example, “iyan,” the pounded yam, has been packaged into different forms and a preserved powdered variant that could be used without the traditional pounding method.

The merging of cultural values and modern development underscores the benefits that may accrue to a society that can afford to use these two concepts as a viable solution to the problems of the African continent. The incorporation of technology and culture can bring about the economic engagement of the society, especially in tourism. An obvious example is the exhibition of technology and culture in the coming Qatar 2022 World Cup, with the stadiums designed to showcase society’s primary cultural values and items. For instance, the Al Bayt Stadium, which means “Arabic Tent,” displays the local Arabic tent identical to Qatar. Also, the Al Thumama Stadium depicts the woven cap, called “Gahfiya”, that the Arabs commonly use and other fantastic modern innovative stadiums that would become a point of attraction.

Let me conclude: As the world evolves into a global village and the campaigns favouring globalization are gaining ground, Africa has become a profitable market for many innovative products. However, many of these products are imported and not produced in Africa. Therefore, it poses a challenge to African governments to invest massively in the promotion and development of appropriate indigenous science and technology that will extract and process Africa’s human and natural resources while also addressing Africans’ environmental and cultural needs. Additionally, opportunities for innovative ideas to thrive should be made available, and such ideas should be promoted and adopted by the state to encourage others. Also, the government should form a public-private partnership geared towards technological development and the promotion of basic ideas for the advancement of the continent. 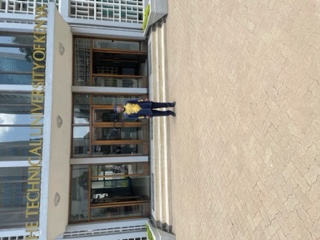