Prominent leaders across Ekiti State have come together to issue a stern warning against any attempt to rig the coming Ekiti governorship election slated for July 14, 2018.

The eminent elders, under the aegis of IGBIMO URE EKITI, a council of non partisan elders have therefore warned politicians jostling to become governor, especially the candidates of the two leading political parties, Dr Kayode Fayemi (APC), and Prof. Kolapo Olusola (PDP) and other contestants in the July 14, 2018 gubernatorial elections that there will be consequences for anyone who engage in violence.

In a well attended press conference addressed by members of IUE led by its President, Prince Julius Adelusi-Adeluyi, the group stated: “No to rigging. No to violence. No to thuggery.  No to killing. No to arson. No to ballot box snatching, and no to vandalism. On the other hand we say with unity of purpose; Yes, to one man one vote, yes to orderliness, yes to the spirit of sportsmanship and yes to peace and tranquillity”

Prince Adelusi-Adeluyi warned that the people of Ekiti will not tolerate any act of violence from any quarters.

“We recognize with serious anxiety, the tension that has enveloped the state as the date of the election approaches. Shootings, hate speeches and talking tough appear to be the order of the day across the entire political divide and more particularly, the two major political parties,” Adelusi-Adeluyi said

The association frowned at external influences, urging that the people be allowed to vote their governor

“IUE wishes to appeal to all the stakeholders including but not limited to the government at the center, the state government as well as security agencies to please allow Ekiti state electorates elect their own Governor under a free and fair atmosphere in the interest of peace and stability of the state in particular and the nation in general”.

Prince Adelusi-Adeluyi pointed with pain the election crisis of 1983 in the old Ondo state which led to the loss of several lives and destructions of properties saying “the failure to learn from history is the reason for repeating the same mistake”.

The President of Igbimo Ure Ekiti also said “we do not want Ekiti state to be a theatre of war in the unbridled ,mad and selfish ambition to grab power and governance of Ekiti state at any and all cost”

He then warn that there will be dire consequences for any politician involved in any violent act: “Igbimo Ure Ekiti (IUE) wishes to warn that there will be consequences for any politician that may be involved in any act of violence before ,during, and after the election in the state. Further stating that “We believe we have the capacity not only to give this warning , but to enforce it”.

He also said that election is not a war and called on Nigerians to begin to instill trust and confidence on the Nigerian police ability and capacity, together with other security agencies, to protect and prevent crime, particularly due enforcement of our laws and regulations including our electoral laws.

He further called on traditional rulers and stakeholder to do all they can to ensure that peace reign in Ekiti state.

Also speaking at the occasion,  Chief Wole Olanipekun (SAN) further stated that the warning is not a just spoken word but that IUE will ensure that it is carried out just as it was done by our fathers before now.

He maintained that there are different ways of enforcing the warning of the elders without necessarily embarking on court actions. ” I am an advocate of making the vote of the people count rather than going to court. The cliche- let them go to court, and us continue to rule is no longer tenable. The vote of the people must count. We Ekiti people value our names more than anything else. Once a name is tarnished, generations unborn will suffer the consequences. This is why we are giving this warning. To be foretold is to be forewarned”, he said. 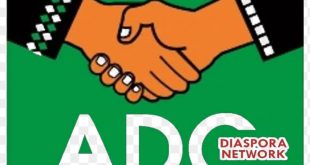