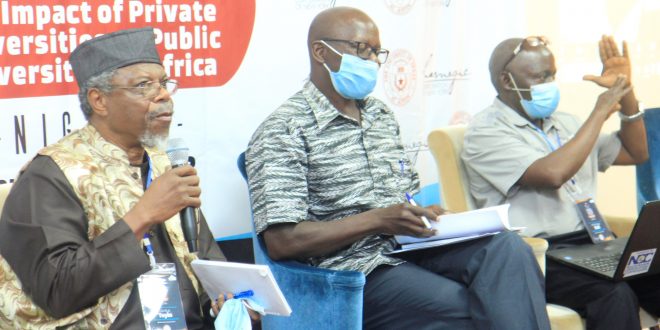 January 13, 2022 Comments Off on Conversations on the Impacts of Private Universities on Public Universities in Africa (Part 3) 73 Views 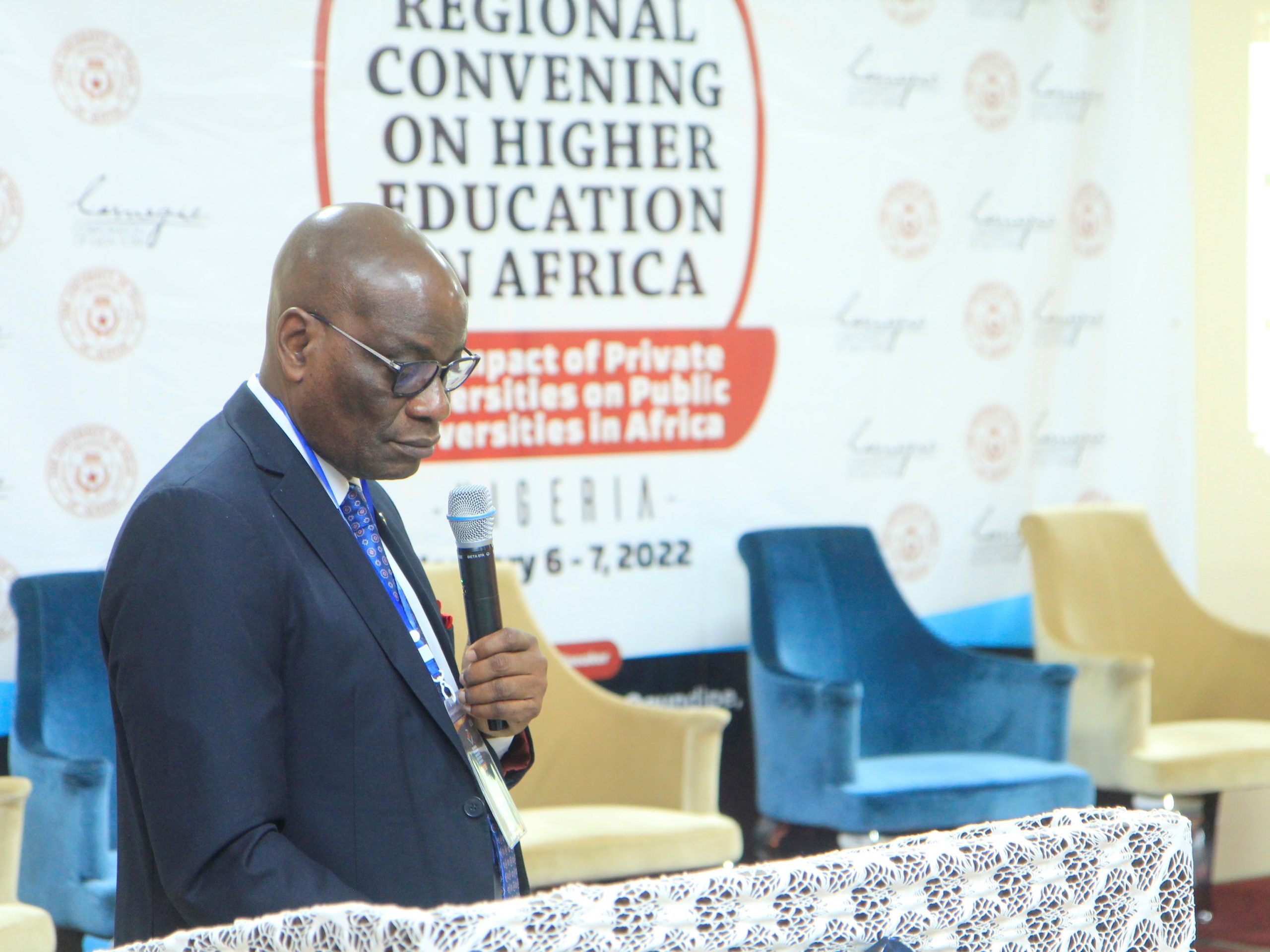 This conference was a gathering of progressivists. While planning for the conference, we invited a unique composition of participants because our aims were not as commonly seen elsewhere. We were quick to realise that for the conference to have the effects we expect and hope it would have, there needed to be an unconventional formation both in the composition of the participants and the order of proceedings. Thus, the Carnegie Conference did not only draw participants from diverse African countries, but we were also careful to draw participants from diverse walks of life to create inclusive participation of stakeholders in the university education sector. However, the conference was not a gathering of academics alone. University administrators, academic staff members of public and private universities, staff members and administrators of specialised universities, university staff unions, students, researchers, university founders and donors, the media, and policymakers. This gave room for robust and comprehensive discourses that shed light on some issues while discovering new ones.

Undoubtedly, there is a compelling need to reform our public universities by looking into proven strategies for managing challenges. One of the biggest problems militating against public universities in Africa is the inability to effectively use technology to their advantage. Many universities’ websites have a poor user interface, difficult navigation, and processes are not simplified or digitised. Of course, some schools have started to take baby steps in creating digital footprints for themselves; nonetheless, the university education sector in Africa is still way behind in the use of innovative technological interventions.

Innovation is often borne out of intellectual discomfort, out of a constant desire to know the situation and make them better. However, comfort is a killer of innovation, and it is sad to see that the management of many public universities in Africa is comfortable with the situation of things. Though they might not be necessarily comfortable with the financial standings of their institutions, when it comes to having a deep-seated discomfort as regards the situation of things as it concerns academic excellence, appropriate learning conditions, a commensurate staff-student ratio, among other things, one would find many public university administrators as complacent. What about inadequate power supply on university campuses when faculty of technology and science could embark on research to find a lasting solution to the problem? Why do universities cry about scarcity or lack of funding when they could draw up a sustainable self-funding model? Are there no services that the universities offer that could be of financial benefit to them?

There is an overbearing dependence on governments for funding public universities across Africa. Why should the universities overly depend on governments for funding? Why can they not seek out funding models for themselves? Many of these universities produce tens of thousands of graduates annually. But how well are they tapping into their alumni network? This comes down to how they treat their undergraduates. Do graduates feel any affinity towards their alma mater? How do universities convince their alumni network to actively participate in the growth and development of the university when students were made to go through hell on campus and were mostly impatient to graduate and leave the shackles of the university campus?

All over the world, progressive universities generate substantial funds from their alumni bodies. Beyond that, they also raise money from donations. How well do African universities position themselves as institutions worthy of donations and funding? Do they make the most out of the funding they receive? Are they accountable enough to their donors and benefactors? Sadly, the TETFUND disbursements given to some public universities to build learning and research facilities are not used for the intended purposes. Public university administrators have become a norm to rush TETFUND projects only when they need new funding.

The major problem militating against the university education sector in Africa is the mentality of the different categories of people in the system. This mentality is the same across different categories — from the administrators and managers to the staff members and the students. As a result of this dissociated mentality, the people do not truly see themselves as an integral part of the system with the potential of positively or negatively affecting the outcome of the system. This brings to the fore the reference made by one of the student participants about the different reactions of one of her lecturers in different scenarios. When the lecturer taught her in a public university, his reaction was harsh, and he was disintegrated from the needed synergy between students and their lecturers. However, when this same lecturer found himself in a private university, he changed his attitude towards work and his approach to students. In this situation, the system is to blame the institution for being an enabler of the man’s actions, acting untowardly in a public institution and then comporting himself in a private institution. 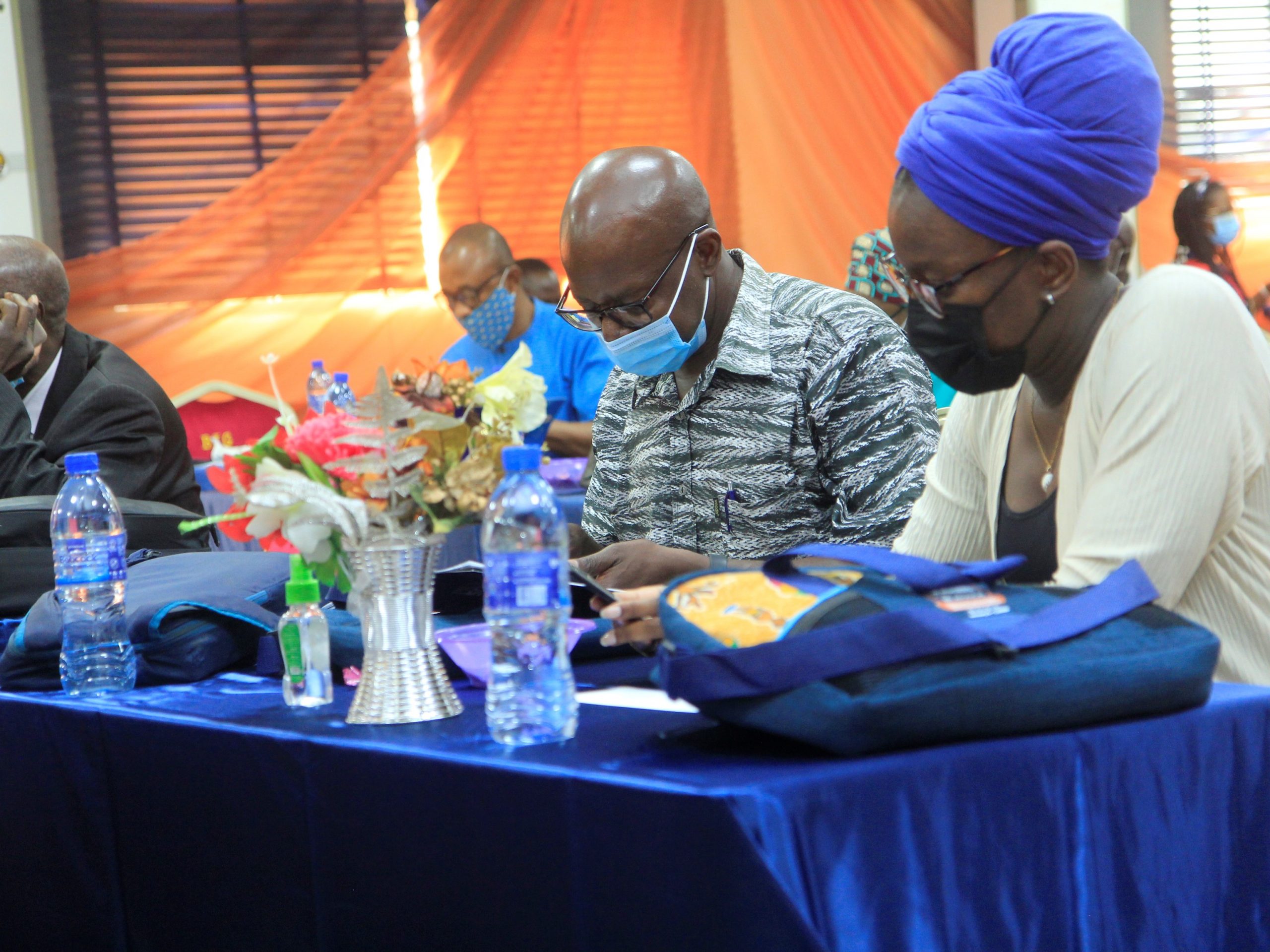 In some way, this is related to the difference in the level of teaching presence in private and public universities. On average, there is more teaching presence in private institutions than in public ones. This can be tied to the attention paid by university managers and administrators to the classroom attendance and teaching presence of their universities. While the average private school has a two-way system that ensures that students and lecturers are available and attend lectures, only a few public universities have a classroom attendance rate system to ensure students attend classes. But what provisions are there for students to ensure that their lecturers are available for the classes? And beyond physical availability, how do public universities ensure that their staffers are fully invested in the teaching-learning process?

One valuable contribution is that we must give further thoughts on is how we view our universities. Our perceptions of our universities will determine how we handle them and control the resources that come into and emanate from them. Are our universities value centres or profit centres? What contributions do we think the university system should make to our society? How do we view universities in Africa? Suppose our thoughts and perceptions about universities are principally business-related and profit-focused. In that case, there will always be skirmishes as to how the university’s resources will be shared, with each party seeking to have the largest cut of the cake. This presently seems to be the case with the university education system in Africa. There are egotistical tendencies as to the allocation and management of resources. But when we view our universities as value centres, the focus will shift from self-profiting to value proposition.

Staff unionism is another integral part of the university education system in Africa, and this is an interesting aspect for many reasons. The most popular staff union among universities in Nigeria, the Academic Staff Union of Universities (ASUU), has made giant strides in its achievements. Nonetheless, the fact remains that strike actions have become a clichéd signature of the union, which has become notoriously known for prolonged strike actions that sometimes yield positive or negative results. There are chances that the ASUU leadership needs to consider, especially as it concerns the art of negotiating. And though there is still room for improvement in the operations of ASUU, the fact remains that staff unionism is not an untoward move in universities.

To kickstart the processes for effective and positive changes in the administration and functioning of public universities in Africa, there is the need to review and update the policies that put these universities in existence in the first place. We must also redefine our goals as distinct African societies on the need for universities and the roles we want them to play in our societal ecosystem. Only when we have done this would we objectively review the system and strive to make it work. The regulatory bodies put in place by governments need to reinforce their regulations and double up in their vetting and visitation endeavours.

Additionally, there is a need for reorientation and a paradigm shift in the way universities are run. Our universities in Africa are not at the same level as their counterparts abroad — their present seems to be our future. Thus, when we plan and prepare for the African universities of the future, we are only planning to measure up with the present status of the other universities that will not stop growing or evolving all over the world. There is a need for a shift that would align with global best practices and what obtains in other parts of the world. University regulatory bodies need to understand the dynamics of modern-day learners and position the system in a learner-focused way. This is because less-formal learning institutions are aggressively competing with universities, and the future of work is so designed that skills are increasingly becoming more relevant than certificates.

Students’ voices were also heard at the Carnegie Conference. And if not anything, the students’ contributions showed that the learners know what is obtainable in the system and the malaise bedecking the system. We must turn towards a learner-guide approach rather than a master-slave style in our teaching-learning process, especially in public universities. There is also a need for collaborative moves between students and their lecturers to benefit both groups. Flexibility in the education system and in selecting courses is also important. Students should be allowed to truly taste the university as a universe of knowledge in its real sense. More so, universities need to be pragmatic in their approach to focus on the acquisition of knowledge and the application of knowledge.

The first convening of the Carnegie Conference on Higher Education in Africa was a success. The communiqué has been released, and researchers and all participants have returned to their bases to develop their papers and reshape them according to the robust discourses had at the conference. As we prepare for the second convening, the two-day conference has rejuvenated hopes, especially mine, in the possibility of effecting a change in the university education system in Africa. 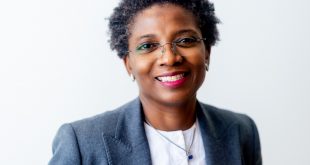