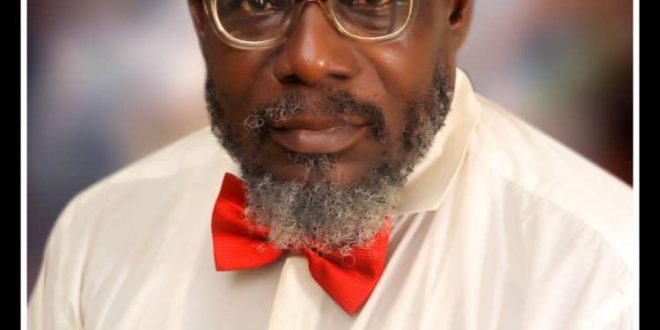 It was fortuitous that he was born shortly before the Union Jack was lowered in the most populous black nation in the world, one of Nigeria’s longest serving social activists and Executive Chairman of Centre for Anti-Corruption and Open Leadership, CACOL, Mr Debo Adeniran seems to have his pathway in life already cut in struggle of sorts as the journey of affirmation of his own portion was greatly defined by what actions he could take to not jeopardize his role in life against the existential realities of his time and place. Born into a family of 9 children, the fifth in line and for parents that were largely peasants with major preoccupation as farming in Iresi, a small town in Osun state, he instinctively knew education must be a fancy and springboard towards whatever providence laid in front of life sojourn.

Since a sister was already attending primary school, he decided to push himself into school even without the prevailing rituals of parental accompaniment, raising one of his hands to touch left or right ears, etc. and resolved to begin classes early enough in 1965 as a five-year old. Incidentally, his parents wanted more of him on the farmland before he would grow up enough to start schooling like most others in his age-grade within the metropolis. The presence of a bully that was in same class and quite bigger and older finally ensured he waited till following academic session before he could start his academic sojourn at Baptist Day School, Iresi still at a tender age of six years old. This was followed up by an admission into Baptist Secondary Modern School as an existing post primary school in the town. He later applied and completed his Grade 2 education between 1973/74 and finished in 1976. Against his parents’ objection for further education to the paucity of funds, he sought admission to Ogbomoso High School but later settled for Odo-Otin Grammar School that was later closed down by the then Western state government. At a time, he, like others, were asked to bring his parents to the school as he wrote to mirror things happening in the school under the pseudo name, ‘Pen in my blood’ that also x-rays inadequacies of administration in the school. He therefore had to ‘rent’ a parent, Prince Abidoye, Uncle to former Governor of Osun State, Olagunsoye Oyinlola.

Through sheer determination and grit, Debo Adeniran, pursued his dream of higher education by self- sponsorship, albeit with support from his siblings, and attended Adeyemi College of Education, Ile-Ife in 1984, almost simultaneously with part-time (Distance Learning) classes at University of Lagos (Unilag) WITH Biology as a course of study. He was a Reggae musician and a member of the Rastafari movement, Rainbow Organization of Rastafarians of Nigeria (ROOTRON) where he met and became friends with late Rasta Kimono, Black Rice (Black O’ Rise), Olusegun Maiyegun (RedDrum) and many others. He was later introduced to Fela Anikuapo-Kuti (Abami Eda) and made to do his musical rehearsals at the shrine and later met with Dr. Bekolari Ransome-Kuti with whom he immediately got closer like fish takes to water. One of the remarkable steps that catapulted him to reckoning as a force within the Nigeria’s Human Rights group was when in late 80’s Ibrahim Badamosi Babangida, IBB, the then Nigeria’s maximum military ruler was to be made the ‘Jagunmolu of Ibadanland’ by the Olubadan of Ibadan. He, with the late Gani Fawehinmi as his lawyer, challenged the proposed conferment in court as he insisted that Babangida had not done anything worthy for such recognition in Yorubaland or Nigeria as a whole. Before the case could be heard at the Federal High Court, Ibadan Debo’s part of Oyo state was carved out and named Osun State. That smart act by the self-acclaimed Evil Genius removed Debo’s locus standi to institute the action. This was at the same time that Mr Debo Adeniran was also collaborating with many other frontliners, like Alao Aka-Bashorun, Dr Friedrick Fasehun, Ken Saro-Wiwa, Comrade Ola Oni, Kanmi Ishola-Oshobu, Prof Toye Olorode, Dr Oladipo Fashina (Jingo) and the rest of the Ife Collective, Baba Omolola, Bamidele Aturu, Gani Fawehinmi, SAN, SAM, Femi Falana, and many others to protest the clampdown on activists, ostensibly over their opposition to IMF-induced Structural Adjustment Programme (SAP) an its anti-poor conditionalities. 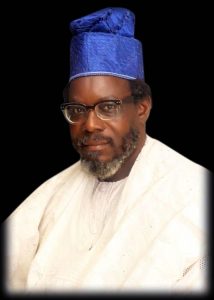 A veteran of many agitations to make Nigeria’s ruling class more accountable and responsible, he suffered many detentions and inhumanity, especially from the military, which he insisted has no business with governance and should return the country to a democratic order to birth rule of law rather than retroactive decrees that rarely satisfy conditions for accountability, equity and openness that remain natural ingredients for good governance and societal progress. He co-founded and served many mass-based organizations like: – 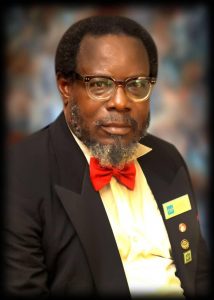 With the rapid depletion of the pool of Activists or what could be termed as conscientious objectors in the country and apparent disinterest in speaking truth to power by the holloi polloi or same elements that suffer serious jeopardy due to maladministration, occasioned by economic mismanagement and despoliation, we appreciate the goodness in having a rich reservatory and encyclopaedia of modern struggles in reinventing Nigeria. As he celebrates his silver jubilee today, 15th May, 2020, it offers the younger generation of Nigerians a rich opportunity to reflect on the right values of Hard-work, Honesty, Boldness, Resilience and Focus as against the get rich syndrome that seems to override all interests and considerations today. Just as that revolutionary Africa author, Frantz Fanon noted, “Every Generation, must out of obscurity, discover its mission, and either fulfil or betray it.” This admonition is moot when the youth as compelling majority of Nigeria, reflects and resolves on redirecting their purpose towards achieving the much needed and true change for Africa renaissance….