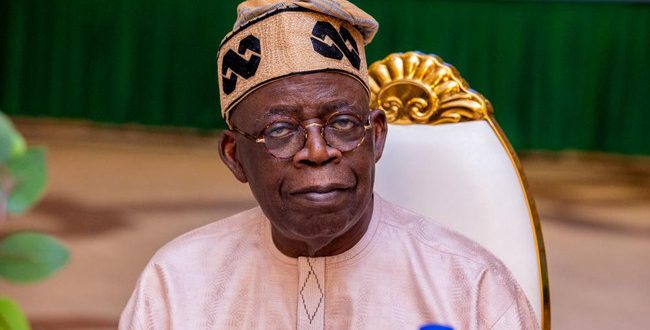 A leader of the All Progressive Congress (APC), Mike Msuaan, has said critics of the ruling party’s presidential candidate, Bola Tinubu, who see his age as a barrier are not serious.

This is as he disclosed that the former Lagos State governor has no problem with the deployment of the Bimodal Voter Accreditation System for the 2023 general election.

Msuaan, who is the Director of National Youth Mobilisation (North Central) of the APC Presidential Campaign Council, urged critics to borrow a leaf from the President of the United States, Joe Biden.

He said, “The US president is as old as Tinubu. It’s not about age. It’s about what you have upstairs. Tinubu has the experience better than all of them.

“The right thing the president would do is to assemble the best hands for the country. He has been tested and trusted. He did it in Lagos and he is going to do it for Nigeria.”

He  stated that he and his supporters had commenced a door-to-door campaign and perfect some strategies aimed at ensuring that Tinubu sweep at least 70 per cent of ballots in the North-Central geopolitical zone in 2023 elections.

He said, “Why should the APC be afraid of BVAS and electronic transfer of results when the youths are strongly behind us? Why should we be afraid? I told you that if election is conducted tomorrow we are going to win.

“They are the ones running after us. We have already given them more than 30 per cent gap ahead. And by tomorrow, if elections were conducted, we would give them more than 50 per cent. We are very comfortable with the arrangement made by INEC.

“We are going to win with that because that has taken care of the manipulation of those who want to do ‘Yahoo Yahoo’ on Election Day. Asiwaju is the next president of this country by the grace of God.”

The PCC youth director also said that the ruling party’s candidate was miles ahead of his political rivals, adding that he (Tinubu) would outshine the candidate of Peoples Democratic Party, Atiku Abubakar, and his counterpart in the Labour party, Peter Obi.

The Benue-born politician assured the gathering that both the LP and the PDP would pose no threat to the presidential ambition of Tinubu at the poll.

He said, “We didn’t see Asiwaju contesting with Atiku and Peter Obi. These are people with questionable character. We know what Atiku did to this country. He threw the youths of the North-Central and this country to the street.

“The privatisation exercise that he mishandled that drove the youths of this country to be jobless. Under Atiku as vice president, over $16 billion was invested (in electricity) and up to date, we are still in darkness. Is that the person that should rule us? Or are we talking of Peter Obi who has zero record in Anambra State?”

Share
Previous EXCELLENCE IN EDUCATION IN THE CONTEXT OF PAN-AFRICANISM AND DIGITIZATION
Next Court stops Nigeria Air, adjourns case till next year