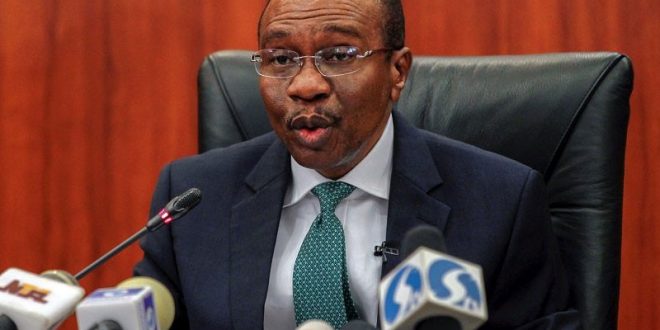 Emefiele said this on Tuesday while answering questions from newsmen at the monetary policy committee(MPC) meeting in Abuja.

But on Tuesday , Emefiele said the bank will no longer wait till December 15 to “unveil and release” the new note.

He said President Buhari will done the unveiling on Wednesday- 23 days earlier than the scheduled date.

Also responding to the comments from some quarters for the extension of the deadline, the apex bank said their wont be extension. The deadline set for the withdrawal of old currency notes is January 31, 2023.

“The question that has been raised is that are we going to shift the deadline? The answer remains no, capital no. We will not shift any deadline. What we have done is not against the law. It is in tandem with the law. We announced this program on October the 26th 2022. And we said that upon release of the new currency, the legal tender status will run concurrently with the old currency till 31st January 2023. That is almost 100 days. 100 days is enough for any person in any part of Nigeria to deposit his money in the bank and get ready to withdraw cash when the new notes are released,” he said.

“For information, indeed, we are no longer waiting till December 15 to begin to unveil and begin to release the new notes. By the special grace of God tomorrow, which is the 23rd of November 2022, the President has graciously accepted to unveil the new currencies and the new currencies will be unveiled tomorrow at the federal executive chambers by 10am.

“So, when you talk about whether we have made adequate provisions to make sure that those who have cash are able to deposit their cash with the bank, my answer is yes. Because, on 26th of October I made it very clear. I said all banks will keep their currency processing centres open from Mondays to Saturdays. We went further [to] release the press release and said that the Central Bank of Nigeria’s 36 currency processing centres all over the country will also be left open from Mondays to Saturdays to receive cash. Three, we have deployed our agency banking network to receive, and in fact, pay cash when the new notes are released to those in our rural areas. When people say there are people in rural areas who cannot pay cash, they just are begging the question, they don’t know what they are saying. They have other motives, [and] it is not because they are sympathetic to the cause of the ordinary weak people in our rural area.

“In 2020, the Central Bank of Nigeria or banking industries agency license network was only at 86,000. As of October, 2022, our agency banking network has increased to 1.4 million all over Nigeria in almost all the local governments in Nigeria, I therefore cannot see any reason why anybody would say that he needs an extension because he can’t deposit his money in the bank, even if you’re in a rural area. And the agency networks is like saying that we have 1.4 currency points all over the country, then how can anybody come and say that he wants to shift the deadline because there are people in the rural areas that cannot deposit cash? That is a lie. They know what they have in mind and we will not go with them on that journey.

“Our journey is that on January 31, 2023, all the old currencies will lose their legal tender status and we’ll begin to use the new currencies. We’re doing our work in line with the law that establishes us and we will continue to do so.”