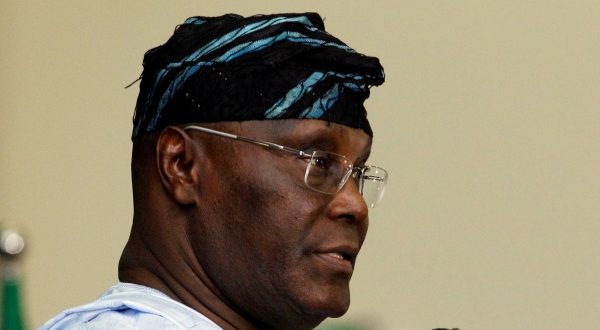 The Peoples Democratic Party (PDP), in Lagos State, on Thursday, expressed optimism that it would defeat the All Progressives Congress (APC), in the 2023 general elections, adding that it is ready to take over the state from the bondage of what it calls a “sole-proprietor.”

Leaders of the party said this during a walk, tagged UMBRELLA DAY in preparation for 2023 elections held from Fadeyi bus stop to Maryland area of the state.

The party leaders said they are ready to deliver Lagos State to its presidential candidate, Atiku Abubakar.

A former spokesperson of the party, Mr. Taofik Gani, said: “It is time to cause the upset to defeat TInubu in Lagos. Incidentally, himself is contesting the presidency, so it makes us speculatively proud of winning him as a direct participant.”

The walk was led by Mr. Adedeji Doherty, Chairman of Atiku/Okowa Presidential Campaign Council, PCC, and other party chieftains in the state.

Addressing the crowd at Maryland, Doherty said, the umbrella walk was a symbol of unity and was meant to demonstrate to the electorate that the party is fully ready and united to give hope to Nigerians if elected.

He said: “The umbrella is a symbol of unity to bring everybody together and every ethnic group in solidarity for Atiku/Okowa. It is to show the unity that we have in Lagos State and in Nigeria.

“It is also to tell the ruling party today that PDP is going to unite this country immediately we enter government in 2023.

“Our principal, Atiku Abubakar has promised to form a government of national unity once he is elected. Mr Peter Obi (of Labour Party), Sen. Rabiu Kwankwaso (of New Nigerian Peoples Party), Sen. Bola Tinubu (of APC) and others must work with him.

“He is going to bring everybody together. Everybody is going to be part of his government. Once there is unity among us, then the rest is easy.

“Nigerians have tried PDP and tried APC and they can see the difference, let them give PDP another chance, we will correct our mistakes,” he said. 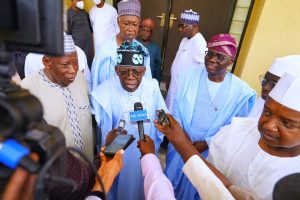 Lagos State Director, Atiku/Okowa PCC, Mr. Tolagbe Animashaun, said: “Nigeria is on the road to prosperity under our party.

“We will go round the local governments, and move to the grassroots to promote our candidates. Everything will fall in place as soon as this one is over.”

In his remarks, the Lagos state Publicity Secretary of PDP, Mr. Hakeem Amode, said: “The PDP is coming to make Nigeria and Lagos State better. It is not going to be business as usual with all that we outlined for the people.”