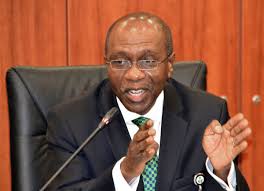 September 28, 2022 Comments Off on Harder times ahead as CBN hikes interest rate 14 Views

The Central Bank of Nigeria (CBN) has raised its Monetary Policy Rate (MPR) to 15.5 percent. It is the highest ever in 20 years.

The increase came at the end of its Monetary Policy Committee meeting in Abuja. The CBN Governor Godwin Emefiele, who announced the new rate, said it was intended to rein in inflation, which now stands at 20.52 percent.

Members of the MPC also agreed at the meeting to raise the Monetary Policy Rate (MPR) to 15.5 percent; retain the asymmetric corridor at +100/-700 basis points around the MPR; increase the Cash Reserve Ratio (CRR) to a minimum of 32.5 percent, and retain the Liquidity Ratio at 30.0 percent.

What this means is that the cost of borrowing will go up to reflect the new MPR of 15.5 percent and the minimum cash reserve that banks will keep with the CBN as liquidity will jump to 32.5 percent of their total deposits, as against the previous rate of 27.5 percent.

Emefiele also threatened that banks that fail to voluntarily fund their accounts to match the new CRR of 32.5 percent would be penalised.

However, the policy has been attacked by monetary experts.  Muda Yusuf of the Centre for the Promotion of Private Enterprise, said it was  “a double whammy” for manufacturers. According to him, “We must not forget that businesses are already grappling with so many problems, especially because of the high exchange rates, forex scarcity, currency depreciation, cost of diesel, and insecurity. Cost of operation will go up and inflation will still remain high if not higher. What guarantee does the CBN have that this increase in interest rate will curb inflation?”

He faulted the decision saying the apex bank did not take into consideration those who have borrowed money from banks to invest in the economy. Yusuf added that the “CBN is talking as if it is only CBN tools that can solve the problem of inflation whereas it is just causing unnecessary problems for investors who are indebted to the banks and to those who want to borrow money.”