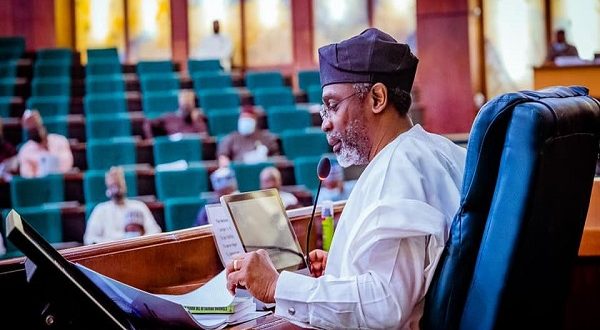 2 weeks ago Comments Off on ASUU Strike: Reps, ASUU Reach Agreement, To Meet With Buhari 17 Views

The leadership of the House of representatives say it will meet with President Muhammad Buhari over the prolonged strike by the Academic Staff Union of Universities (ASUU).

The speaker of the house, Femi Gbajabiamila said this on Tuesday after a five hour closed door meeting with eh leadership of the union and Goodluck Opiah, minister of state for education, at the national assembly.

The legislators will meet with President Buhari when he returns to Nigeria from New York where his currently attending the 77th session of the United Nations General Assembly (UNGA).

The invited government officials are to appear before the leadership of the house on Thursday.

Speaking after the meeting on Tuesday, Gbajabiamila said some resolutions have been reached with ASUU.

“There are seven areas that ASUU has presented — what we consider to be requisition to go back to class,” he said.

“We have looked at these seven areas and we have more or less agreed on certain things.

“Pursuant to finalising the meeting of our minds, we have asked that NITDA, accountant-general, auditor-general and the National Salaries Incomes and Wages Commission (NSIWC) will be invited.

“Unfortunately, it’s too late to invite them tomorrow because the letters will only go out tomorrow. They will be invited to meet with the leadership on Thursday so that we can dot the ‘i’ and ‘t’.

“In the meantime, between now and when Mr President comes, ASUU itself will go back to its members with the resolutions that we have come up with today.”

In his remarks, Emmanuel Osodeke, ASUU president, said the resolutions reached with the lawmakers will be discussed with members of the union.

“In the very near future, the issue (strike) will be resolved,” he said.

ASUU had embarked on strike in February, halting academic activities in public universities for over seven months.

The federal government had also recently filed a suit against the union at the national industrial court over the lingering strike.

The court is scheduled to rule on the matter on Wednesday.

Share
Previous We Will Not Participate In PDP Campaign Until Ayu Resigns- Wike
Next BREAKING: Court Orders ASUU To Call Off Strike