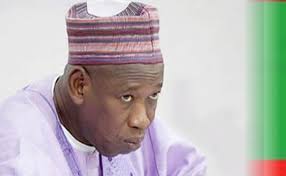 Hanifa’s killer to die by hanging

Tanko Abdulmalik, and his accomplice, Hashimu Ishyaku, have been sentenced to death by hanging for the murder of the five-year-old pupil Hanifa Abubakar.

A Kano High Court pronounced the judgement on the killer and his accomplice.

Abubakar Abdulsalam, father Hanifa, has expressed happiness that the little Hanifa got justice from the court.

He commended the court for the judgment, saying, “I’m happy that Hanifa, my daughter, has gotten justice. We appreciate everyone’s effort in this case, justice has been well served.”

Five-year old Hanifa was kidnapped some time in December, 2021, by her proprietor, Tanko. She was later killed.

Hanifa’s father said since the beginning of the case, he never thought of not getting justice, and thanked the people of the state for the support and encouragement they had given them throughout the trial period.

“I am really short of words to express my gratitude and thankfulness to the people of Kano. We really appreciate them because they stood by us during the trial and we will never forget this singular honour. God had already passed the judgement even before coming to the court and I thank the court for delivering a fair judgement. May the Almighty Allah reward all those who stood behind us from the beginning up to the end of the trial period. May He reward them abundantly.”