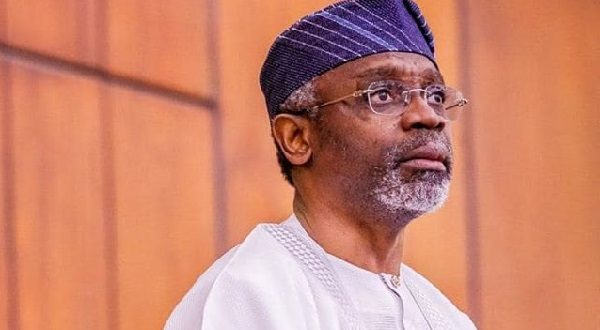 On June 29, 2022, in my hotel room in Abuja I tuned to Channels TV, a Lagos based Television network. What caught my attention  was a headline “Reps Re-Introduce  Controversial Water Bill”.  My first reaction, was, again? What exactly are  the proponents of the Bill trying to achieve with its resurrection?  The re-introduction of the Bill  can simply  mean that there are individuals  with  ulterior motives for its re-representation.

This Bill  which  in summary seeks to privatize the country water resources and transfer the control of all water resources both surface and underground  from states to the Federal Government has been challenged by civil society , labor  organization and water unions  for advancing what they see as threat to attainment of the human right to water.

In the last two years, prominent figures such as Nobel laureate and playwright, Professor Wole Soyinka, and Spokesperson of the Afenifere Pan-Yoruba Cultural Group, late Yinka Odumakin including the Nigeria Labour Congress (NLC), the Ijaw Youth Council have called on the National Assembly to throw out the Bill. The Ohaneze Ndigbo, Middle Belt Forum and Pan Niger Delta Forum (PANDEF), among others have equally made similar calls.

The Bill with a long  title still  “An Act to Establish a Regulatory Framework for the Water Resources Sector in Nigeria, Provide for the Equitable and Sustainable Development Management, Use and Conservation of Nigeria’s Surface Water and Ground Water Resources and for Related Matters”  was stepped down  by the Speaker, House of Representatives, Rt. Hon. Femi Gbajabiamila on Tuesday, September 29, 2020 following its opposition by Nigerians.

Watching the news two  years after only to see the Bill being re-introduced, I knew that the promoters are up to something that the rest of Nigerians are yet to understand,   because it surprising that a Bill that seeks  to open its door to corporations that are  only interested in maximizing profit will still be opened for debate.

The sponsor of the Bill, Sada Soli, chairman  House Committee on Water Resources from  Katsina  claimed that all the concerns  raised by civil society organizations, labor activists, water unions and the general public have been reviewed and taken to consideration in  the re-packaged and re-arranged  Bill. But after  taking  a quick look at the re-presentation on the floor of the house, my conclusion was that something was fishy.

But it was comforting to see that Soda’s colleagues, including Hon. Mark Gbillah, PDP Benue, drawing the attention of the House to the controversy caused by the Bill when it was first introduced. He wondered why the Bill  is still being re-represented on the floor of the House.

On receipt of  the Bill, Corporate Accountability & Public Participation Africa (CAPPA)  carried out  clause by clause analysis  and the findings though shocking but was not surprising. CAPPA  discovered that most of the anti-people sections are still there but the sponsor of  the Bill moved them  to other sections. For example, the section of the law

“promoting public private partnerships in delivery of water services” which was originally in Part 1, Sect 1(1)  is still retained in the new Bill but was moved to Section 13 (1)(n), this is the first sign that the promoter if the Bill has something up his sleeves.

Experience abound where nations that had privatized their water system are now taking them  back because of the  failure of the privatisers to deliver on the promise of availability, accessibility, affordability and general infrastructure investment.

Privatization of water will lead to increase in price, job losses, low water quality and shut- off. For poor Nigerians who cannot afford to pay, privatization will deny them their fundamental right to water which goes against  the human right to water  that should be   sufficient, safe, acceptable, physically accessible and affordable water for personal and domestic use.

In July 2010, the United Nations in its resolution 62/292 declared water as a right and as such it is the responsibility of the government to manage and make it available for citizens.  This is time government, As we mark 12 years of United Nations Declaration of water as a human right.

Another disturbing section is Section 61 (1) which was in Sec. 98 in the previous Bill. The new section reads: licensing. The section (1) Subject to the provisions of sections 3 and 72 of this Bill, the use of water shall be subject to licensing provisions under this Part and relevant regulations issued by the Commission.

This provision has again reaffirmed the failures of government in providing water for its citizens.  The citizens are the victims of the failures of the government lack of foresight. If the public water is functioning nobody will think of sinking borehole because of its environmental implication. And most the use of accessing the natural resources should nit be subjected to issuance of a license by any minister or agency.

What government needs to do is to prioritize water for the people. It has happened before, and it can still be done if government is serious about addressing the water challenge.  In Lagos, during the administration of Governor Lateef Jakande there was water everywhere because  he developed the political will to ensure people have access to water unfortunately that is no longer happening as successive government after him have failed dot make necessary investment o develop the water infrastructure.

The idea of water privatization or PPP as a solution to the water crisis has proven to a failure and the solution is in the realm of public and democratic control of water.

Mr. Speaker, I also heard in the news, how you offered  an explanation on why you allowed the Bill to be read because of the claim by the promoter that all the controversial issues has been addressed and all the governors both in the south and in the north participated in it.  Let me state it here that you are not binded by what the governors have agreed upon but by the interest of the mandate of Nigerian people that you represent. It is your constitutional duty to enshrine a constitution that will are pro-people

Whatever the motives or interest of those behind this re-packaged, re-arrangement of the Bill is, it is time to rest it and in fact kill it  for the benefit of Nigerians, Mr. Speaker.