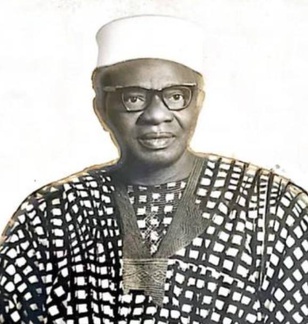 Babcock University, the Isaac Delano Foundation, and Pan-African University Press have announced the 2022 Finalists for the Isaac Oluwole Delano Prize for Yoruba Studies.

The prize was instituted to reward outstanding works in Yoruba Studies in honour of Isaac Delano, a frontline Yoruba writer, and thinker.  Two finalists have been chosen in two categories. The winner will be decided in the weeks ahead. The prize includes a citation, a certificate, $1,000, and public acknowledgment at the 2022 Convocation ceremony at Babcock University.

FINALIST IN THE BOOK CATEGORY 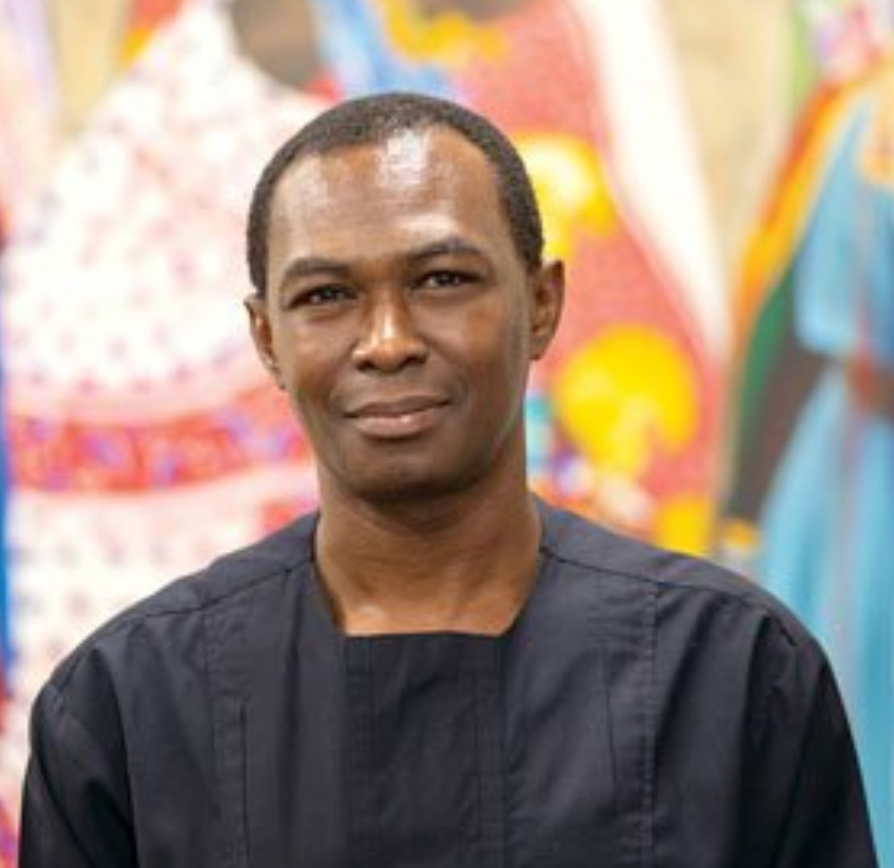 This outstanding book, The Yoruba: A New History, is about connections at multiple levels. It is an intellectually stimulating book for anyone, particularly for academics and scholars in history, anthropology, and archaeology. The book takes the reader on a journey that begins at the climax of its message, reverts to the genesis of the Yoruba, then manoeuvres readers through different historical developments in the existence of the Yoruba people, and then returns to the starting point — the climax — in such an all-around intellectual stimulation. Every chapter of this 562-page commentary on the Yoruba is a matching piece in the academic puzzle that Professor Ogundiran has neatly arranged to form the insightful book on a new Yoruba history with complex and understandable analysis. Readers are immediately drawn into the deep, propelled by Ogundiran’s deft use of language to unravel the wide-cracking gap that has classified the study of African civilization and history. Ogundiran criticizes the disposition towards African study from early on, which sees the advent of Christianity and colonialism as the defining point in the cultural evolution of Africa.

In the book, Ogundiran walks the reader through the need to study Yoruba history from the perspective of a holistic approach, one that includes comparative, theoretical, and empirical methods. This type of holistic study could help advance the research into the existence and evolution of the Yoruba people. It is easy to fall prey to the possible shallowness that mostly results from a study that does not look at history from varied perspectives. Ogundiran’s emphasis on portraying evolution and development during a distant time, not as independent capsules of time but as overlapping periods in continuous existence, is brought to the fore by how the book explores seven-time capsules as they overlap one another in the study of a new Yoruba history.

Furthermore, Ogundiran unearths the four pillars of the Yoruba cultural identity, starting with the “House,” a symbol of the socio-political organization of the Yoruba people; to “Divine Kingship,” which represents governance and its structures in deeply political society; the complementary existence of the two recognized genders in Yoruba history — the one complementing the other, and vice-versa; to what is perhaps represented across cultures and not only with the Yoruba people, which is fundamental to the reasoning and being of all humans — a search for meaningful living, the thirst after immortality, which in itself births religion. Also, Ogundiran captures the turbulences that characterized Yoruba civilization in the fifteenth and sixteenth centuries. Although these upheavals did not destroy the Yoruba population, they displaced certain cities and engulfed other places like Owu.

Remarkably, the narration is rich and powerful, aided by archaeological, linguistic, anthropological, and historical evidence that one can almost feel as being present at the locations mentioned and connected with the individuals whose stories the book narrates to show the evolutionary development of the Yoruba people across timeframes. The Yoruba: A New History is a well-rounded book that has registered its place among the invaluable scholarly outputs of our time. 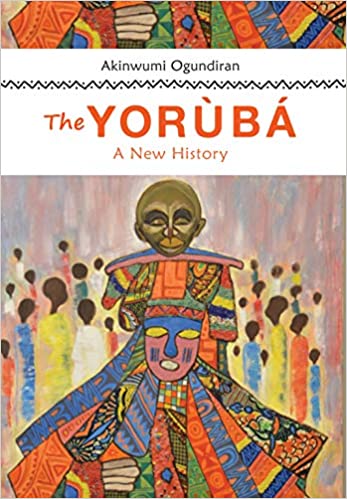 FINALIST IN THE CREATIVE AND PERFORMANCE CATEGORY 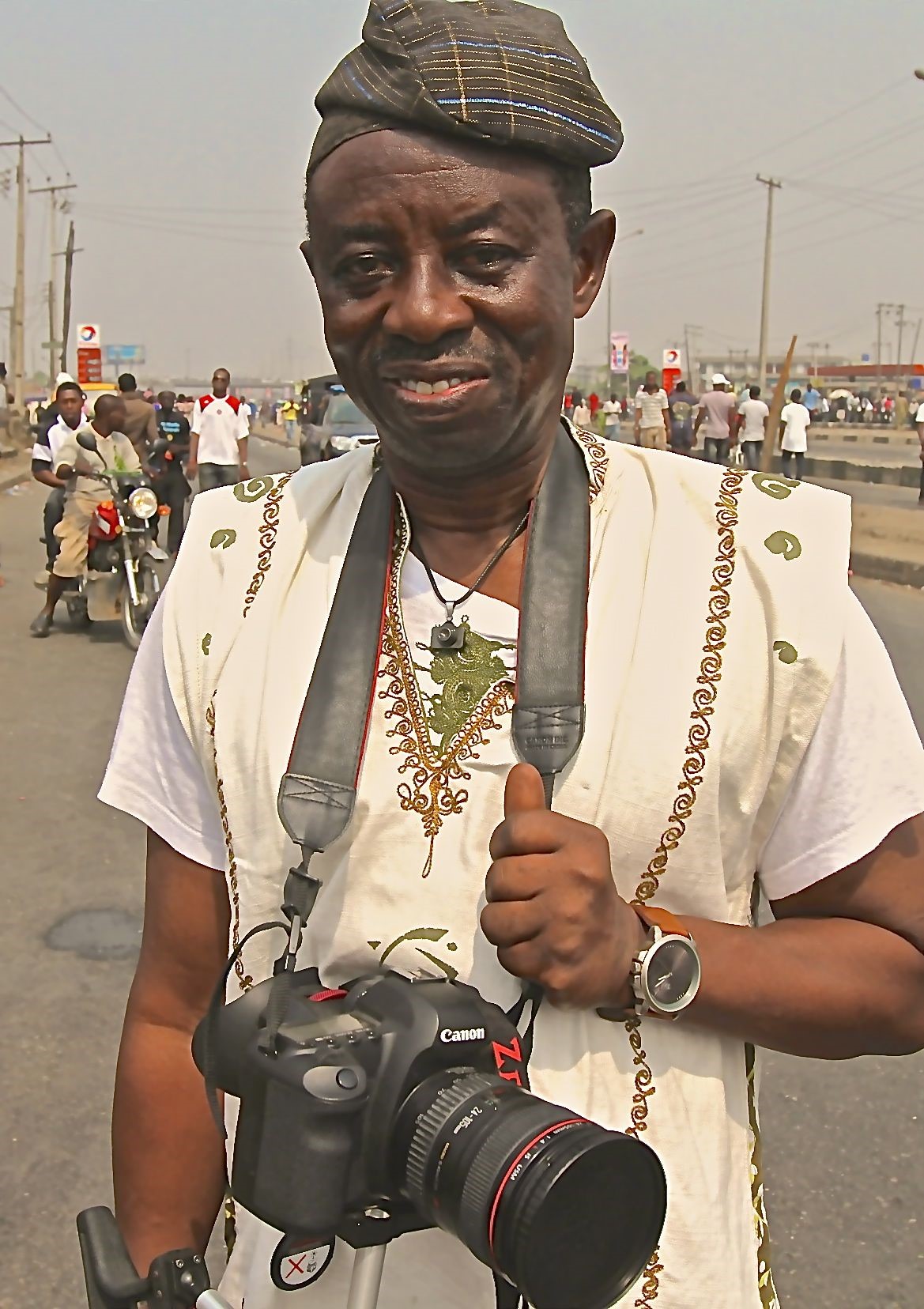 Making a blockbuster movie is no mean feat. The arduous production process, the continuous refining of creative representations to ensure they project the finest of details, and the place of good storytelling, continuity, and the ability to connect with and sustain the audience’s attention cannot be overstated. Thus, when we consider Ayinla, the latest of Tunde Kelani’s movies, as a blockbuster, we should not only consider it as one of the top five highest-grossing movies in the Nollywood industry but also as a masterpiece that has registered its place as the defining point for biographical adaptations in the Nigerian entertainment industry.

Another factor that lends awe to Ayinla’s widespread success is that it is dominantly presented in the Yoruba language. Despite this, the movie found widespread acceptance among viewers. It was a hit in cinemas and has been among the top 10 trending movies on Netflix for weeks, further testifying to the strength of the movie’s broad appeal and how quickly it gained popularity among Africans and other lovers of good productions. The things that make Ayinla deserving of praise pale compared to the movie’s awesomeness as a work of art. The movie demonstrates the artistic and creative ingenuity of the cast and crew, especially the producer and the writer, for an apt summation of the life of Ayinla, the musician, in such a eulogizing way, and the director, for the intricate selection of the cast. This has to be lauded because Ayinla is a beautifully arranged masterpiece. Since the movie premiere, not only has the director and the producer been receiving laurels but the actors and actresses have also received their own warm and large share of the accolades, particularly Lateef Adedimeji, who did not just take on the role of Ayinla but rebirthed himself as the protagonist of the movie. Àyìnlá is the winner of the 2022 Programmer’s Best African Narrative Award in Los Angeles, California, USA.

Literature is the mirror of life, and the Ayinla movie is another wonderful product of literature that mirrors different aspects of society during Ayinla’s existence and several circumstances that could have contributed to his untimely death. The portrayal of Ayinla in the movie is such that one cannot but love the protagonist’s character, regardless of his whimsical nature. Great commendation must be given to the director and producers for the attention paid to the movie’s setting. When one considers the financial resources pumped into creating a setting that suits the story, the intellectual capabilities forged together to birth the masterpiece, and the human resources pulled together to make the movie a success, one would realize that they must be priceless and invaluable.

Research must have been conducted to learn about Ayinla’s hometown and his life. We see Ayinla, a musician and band leader subject to the whims and caprices popular among musicians — reneging on promises, devising dubious means to slip out of performing engagements, womanizing unashamedly, downtown brawls, one of which eventually led to his death, and general controversies. Watching Ayinla, the average person, no matter how old, can easily relate the struggles of Ayinla as a thespian to the struggles of artists across all ages, from the new-generation artists to the much older ones, and across genres of music, from hip-hop to Apala, to afrobeat, to highlife, and the likes. During Ayinla’s time, the indigenous religion was still widely accepted. Thus, self-protection, war-enhancing charms, prophecies, and destiny-unearthing ritual prayers were popular and not frowned upon. The viewers are made to see that Ayinla’s life starts to take a turn for the better when he consults the gods of his ancestors and accelerates the manifestation of his glorious destiny.

Ayinla, the short-tempered, lovable, room-sparking musician, had at his fingertips the deft and rare skills of eulogizing to win people’s hearts and money. If viewers across countries and continents easily love the Ayinla character in the movie — so much so that the love has extended to Lateef Adedimeji for the excellent way he portrayed the character — one can only imagine how much people loved Ayinla during his lifetime. He was the typical Yoruba man who never shied away from saying what was on his mind — whether it was a profession of love, flirtatious words, abusive jabs for his enemies and sparse spenders, or huge words of praise for the big spenders. Ayinla was loved for this same reason. People did not just love Ayinla, the musician; they loved the full embodiment of Ayinla, the talented yet troubled virtuoso many easily misunderstood and the whimsical trouper whose fame was equally his downfall.

Being only human, Ayinla was prone to infallibility. He surrounded himself with people he could not fully trust, resulting in an abrupt and painful end to his life at a time when he was supposed to grow in popularity astronomically. He was not all saint — but then, is anyone? He snatched his manager’s girlfriend and stepped on some other toes.

Perhaps, what is most beautiful about the movie is how it is not only a representation of Ayinla’s life but also the way it reflects the lives of several other characters, which can be reviewed independently or seen as fragmented pieces of Ayinla’s life. In the Nigerian movie industry, Ayinla has set new standards in quality, details, directing, casting, and production for historical and biographical adaptations.