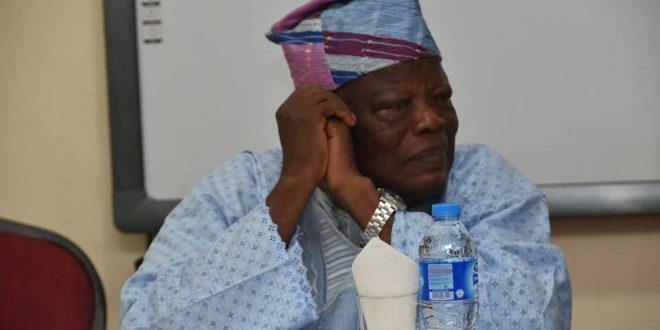 As I read through the first few pages of Emeritus Professor Anthony Asiwaju’s Bridging African Boundaries: Cross-Border Areas and Regional Integration in Comparative History and Policy Advocacy, there was an epiphanic moment—a remarkable discovery that brought a knowing smile to my lips. Names are revered in Yorubaland, and several adages and maxims speak to this truth. Oruko omo ni r’omo (a child’s name has a bearing on how such a child eventually turns out) is one of such maxims. In the case of Professor Anthony Asiwaju, I could not but agree more. Asiwaju is a Yoruba word that could mean vanguard, pathfinder, or forerunner, and this name truly befits the person, work, and achievements of Prof. Asiwaju. After reading Bridging African Boundaries, you will agree that his work in comparative African history, cross-border studies, and African policies truly positions him as a vanguard in these fields. 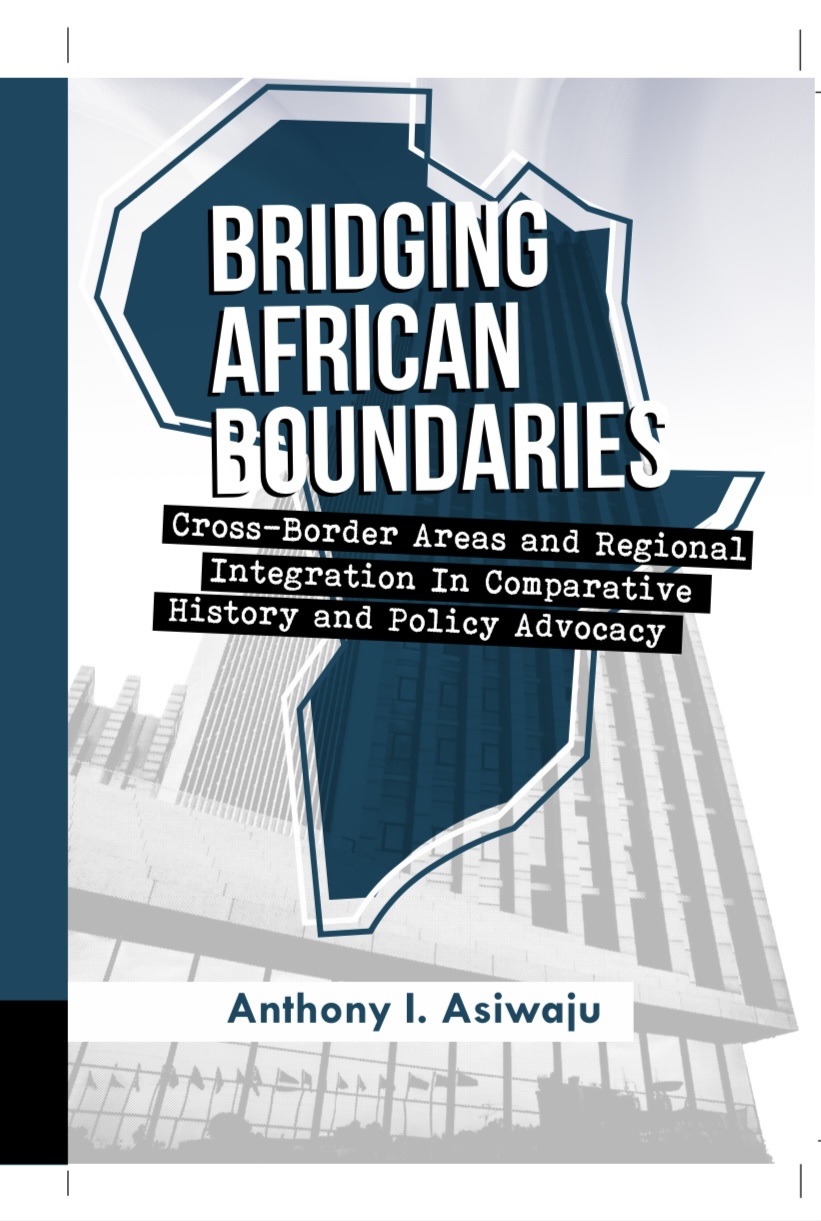 Notably, you will fully enjoy the goodness the author has poured out on the pages of Bridging African Boundaries by not skipping any part of the book, be it the Foreword or the Prologue. Starting from the Foreword, written by one of the most exposed, refined, and travelled presidents in the history of Africa, Chief Olusegun Obasanjo, Bridging African Boundaries draws the average reader in. Being a book on the career of Professor Asiwaju through his academic pursuits and passions, the Foreword does a good job of introducing us to a personal, hardly-known side of Prof. Asiwaju. It takes us back in history to how the peculiarities surrounding Asiwaju’s life—his parents are from two divides of the same clan—must have ignited the Professor’s lifelong interest in cross-border studies and international policy advocacy. History is like glue in interdisciplinary studies. It is a discipline that cuts across every human endeavour and field of study. This fact is not lost on Prof. Asiwaju, whose body of work, compiled in Bridging African Boundaries, shows us the integrality of history in our everyday life and studies.

Undeniably, Emeritus Professor Asiwaju occupies a prime position in comparative African history. It is, therefore, a blessing to the field of history that he has wisely compiled his three ground-breaking works on comparative African history into one. The three books, which are hard to come by — most likely out of print — can now be easily accessed and consulted complementarily, thanks to the Bridging African Boundaries compendium.

Bridging African Boundaries is an endeavour akin to raising a child in a communal African society, a duty that rightfully requires the participation of all. Thus, to successfully bridge African boundaries, we must consult historical happenstances made available to us through historical records, books, and archival materials, study the patterns, and map out a plan. This strategy is not lost on Prof. Asiwaju, whose first book in his latest body of work begins with a period that has taken centre-stage in discourses about Africa’s present predicament and seemingly hard-to-foresee upward movement — the colonial era. A comparative study of French and English colonialism, with Yorubaland as the case study and first published in 1979, the first book in Asiwaju’s compendium was an immediate hit all over the world. And there is a reason for that: it was the first attempt at a comparative case study of Africa’s two most common colonial administrative systems.

Asiwaju’s narrative is refreshing, exciting, and expository in a way that makes it easy for non-academics to enjoy and tap valuable lessons from it. Of truth, it is one of the most profound books I have read on the pre-colonial history of the Yoruba people. Another commendable thing about this masterpiece is its reader-friendly structure. Prof. Asiwaju’s 962-page compendium is divided into books, parts, chapters, and sub-topics under each chapter, which makes it easier to consult the book without necessarily reading all the pages — although I strongly recommend that you find time to read all the pages, as it is not every time we encounter such a historically rich text as this.

The second book in the compendium, West African Transformations: Comparative Impacts of French and British Colonialism, is a more elaborate comparative historical study of West Africa under European rule, which uses not only the Yorubaland as a case study, but also adopts some other parts of West Africa, such as Borgu, Mono, Zou, and Opara, to mention a few. Professor Asiwaju’s work highlights the disruption caused by colonization and its attendant partitioning of the African peoples. The colonizers, who did not conduct any preliminary research into the relationships or cultural and economic affiliations of the African people, divided the continent at the Berlin Conference of 1884 -1885 like a piece of cake shared among schoolchildren,  a move that permanently affected the inter-geographical and inter-cultural relationships of the African people to date.

Professor Asiwaju brilliantly walks us through the heightened periods of the Oyo and Benin empires and how the fall or decline of both empires, coupled with Fulani Jihadist and intra-Yoruba wars, led to a weakening of political strongholds across the region. These periods, which coincided with the spark of European interests in the western side of the continent, the dehumanizing period of the slave trade and mass migration to and from West Africa, resulted in an increase in cross-border relations and institutional adaptation among peoples who once prided themselves in the autonomy of their individual city-states.

Boundaries and African Integration: Essays in Comparative History and Policy Analysis, the compendium’s third book, taps into historical data and proofs to show the possibility of impactful cross-border relationships among African states. Looking back, cultural and ethnic differences abounded among autonomous city-states, even those with shared foundational affiliations. These differences led to disagreements, wars, and conquests; still, there were blossoming mutual economic arrangements and agreements between these city-states. In the same vein, the Africa of today must catapult itself out of a sad, lamentable, self-loathing position, not by forgetting its past or the injustices of the colonial era but by drawing strength from its sufferings and resolving to be the better for what it has gone through.

The world has witnessed bitter wars—the World Wars being two—yet, we see countries that were erstwhile sworn enemies coming together to form pacts, making agreements that would be of mutual benefit, advancing their causes, and helping them become better and stronger countries. Africa needs a cohesive, mutually beneficial unification that does not necessarily have to deprive each nation-state of its autonomy but serves to strengthen each member of the unified body. For this, there is the need for forward-thinking progressivists at the helm of affairs who are also students of history—not by obtaining degrees in history but by reading about cross-border relations in pre-colonial, colonial, and early post-colonial Africa. For such leaders, Prof. Anthony Asiwaju’s three-part compendium, a product of his intellectual sweat and academic sojourn and pursuit, is the right blueprint.

For an intellectual feast, please join us at the public presentation of this book in Abuja on July 7, 2022.