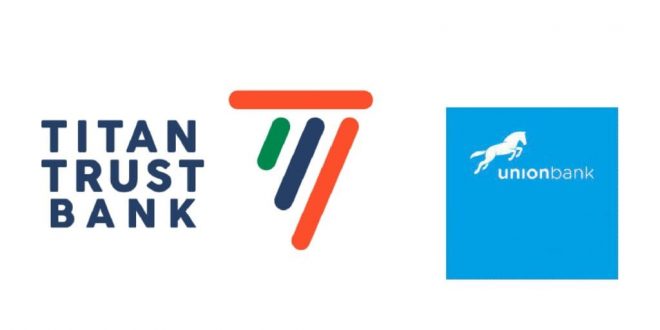 Titan Trust Bank Limited has completed the final process to take over Union Bank. The bank also announced the appointment of Mudassir Amray as the new chief executive officer(CEO).

Union Bank’s secretary, Somuyia Sonubi disclosed this in a statement on Thursday.

Prior to Amray’s appointment, he led the establishment of Titan Trust Bank and subsequently became the bank’s pioneer CEO in October 2019.

In December 2021, Union Bank announced that subject to regulatory approvals, it would “transfer 89.39 percent of its share capital to TTB”.

The agreement is between its majority shareholders — Union Global Partners Limited, Atlas Mara Limited, among others – and TTB.

Consequently, UBUK is not included in the transaction with Titan Trust Bank, the financial institution said.

Union Bank also announced the retirement of directors from its board.

Beatrice Hamza Bassey retired from her position as chair/non-executive director while Emeka Okonkwo stepped down as CEO.

Commenting on behalf of the outgoing directors, Bassey, the erstwhile chair of the board, said: “I am very proud of all that we accomplished together during a transformative period for the Bank following the significant recapitalization of the Bank by the outgoing investors.

“We reshaped the Bank with significant investments in the technological infrastructure, hired a capable management team, attracted a talented and diverse work-force, established a first-rate governance structure, digitized the bank, introduced innovative products and channels to better serve our customers, became a leader in sustainability, attracted significant funding, especially with DFI partners, and launched the innovative Alpher Women’s Initiative which will help us further accelerate financial inclusion.”

Farouk Mohammed Gumel, chair, board of Nigeria Sovereign Investment Authority, was appointed as the new chairman of the board.

“Farouk Gumel is Group Executive Director for TGI Group. He is also the Chairman, Board of Directors at Wacot Rice Ltd, a subsidiary company of TGI Group, and Non- Executive Chairman at the Nigeria Sovereign Investment Authority (NSIA),” the statement reads.

“Prior to joining TGI, Mr. Gumel was a Partner at PwC and Head of the West African Advisory/Consulting business, covering Nigeria, Ghana, Liberia, Sierra Leone, and Angola.”