Faces of the African Youth Movement for Change 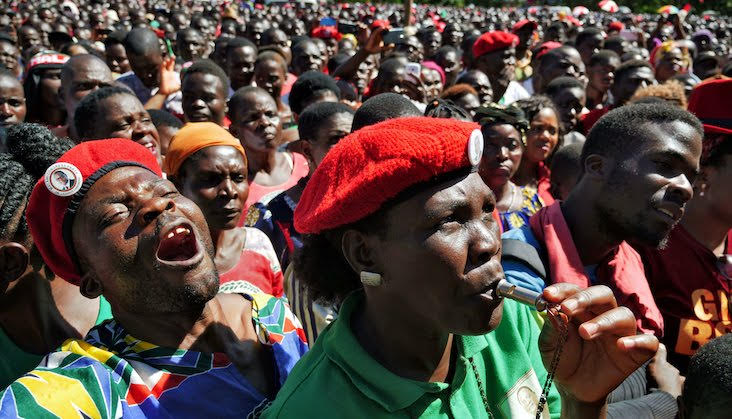 Despite being famous for the abundance of its natural resources, Africa has not lived up to its potential in the eyes of many. The continent has come to be synonymous with strife in contemporary times. The current situation of the continent is often blamed on the sensationalism and selectiveness of western media coverage of the region, which is underscored by a seemingly unending string of unflattering experiences—bloody coups, ethnic conflicts, electoral violence, political repression, poverty, famine, and pandemics. Other arguments seeking to explain Africa’s undesirable socio-economic condition have pointed to the great atrocities of the transatlantic slave trade and colonialism, which indubitably had—and continue to have—significant consequences for the region’s development but fail to exonerate Africa’s post-colonial leadership from its abysmal treatment of the continent’s most promising asset, its youth.

Around the world and throughout history, the youth have been the backbone of social changes. From ancient times, even when our ancestors scarcely lived beyond their forties, the continuance of human civilization rested on the vigour of youth; on the farm, on the battlefield, and even on the floor of industry, youth have proven an indispensable asset. During and after the colonial rule in Africa, the youth have played a crucial role in political development. The youth movements of the 1920s and 30s gave rise to the political parties that bolstered Africa’s readiness for self-government, and a bulk of Africa’s independence leaders were youths themselves, under thirty-five years old.

In addition, the perpetrators of Africa’s first coups were young members of the army, some of whom held on to power for considerable periods. During the dark days of military rule, the African youth maintained activism for civil rights and democracy and fought against economic and social injustice through their various student union bodies. More recently, the Arab Spring movement in northern Africa, the RhodesMustFall movement in South Africa, and the EndSARS movement in Nigeria have represented the continuation of an agelong youth struggle against social and economic injustice.

Whatever the scientific or historical reason for the systemic association of the youth with ignorance, incompetence, and irresponsibility characteristic of contemporary society, it is more a reflection of the “life history theory” than it is of any biological limitation. The “life-history theory,” built on the conclusion that teens behave differently depending on how hostile and unforgiving their environment feels to them, is a testament to youth’s malleability and not their incapacity. This theory, which is primarily based on the perception that the period up to the 1950s was much tougher and its youth was “allowed” to assume responsibilities that would socially be considered outside its purview today, applies conversely to the emasculation of today’s African youth in a period of unprecedented difficulty. Today, against the backdrop of rising unemployment and other socio-economic difficulties induced by climate change and bad leadership, the African youth is, in addition to several socio-economic deprivations, burdened with concocted and atavistic ageist perceptions.

With a little apprehension, one may argue that nowhere has the youth suffered more deprivation in the twenty-first century than in Africa. Home to the world’s second-largest youth—people under 25 years old—population after China, Africa’s leadership has done very little to harness the creative energy of this vast human resource in providing the ideal socio-political and economic conditions required for this great continent to prosper. The widespread instances of debilitating poverty, disease, famine, and near-constant political instability on the continent weigh heavily on this youthful demographic that numbers about a billion people (around sixty per cent of the entire population).

If not faced with intimidation, marginalization, or abuse, African youth have had to contend with unemployment and other challenges that come with being denied access to the kind of education and vocational training that would allow them to become productive members of society. As a result, except for the marginal percentage who have successfully risen above monumental odds to establish themselves through hard work and ingenuity, even on the global stage, many others remain trapped in a disabling environment, succumbing to social pressures and becoming tools in the hands of mischief makers and, in effect, a menace to their society.

As all requests from the youth quarter for political inclusion and an address of the factors impeding youth development—human rights, women’s rights, quality education, proper healthcare facilities, gainful employment opportunities, and climate change—have either fallen on deaf ears or been attended to by lip-service, the African youth have concluded that the only way they can turn their plight around for good is to take matters into their own hands. Thus, the continent has seen an increase in the number of youth activists who have formed associations and organized awareness campaigns—sometimes through protest marches—to mobilize their contemporaries to the youth cause of equity, liberty, and inclusion. Certain names/faces have emerged as symbols of the youth struggle in Africa due to this endeavour, which the technological revolution of social media has greatly facilitated. 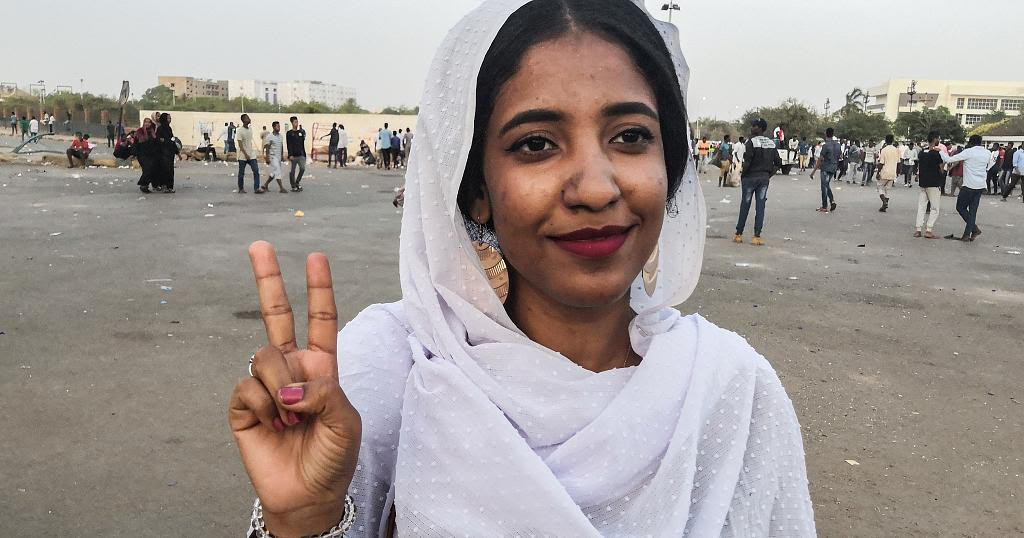 In 2018, twenty-five-year-old Alaa Salah (the “Nubian Queen”), an engineering student of the Sudan International University, gained global recognition for her role in the 2018/2019 Sudanese revolution that eventually led to Omar-al Bashar’s removal. As a Sudanese human rights activist and a member of MANSAM (Women of Sudanese Civic and Political Groups), Alaa and her fellow women activists decried the continued exclusion of women from leadership positions despite the significant role they have played in the struggle against social and economic injustices in the country. Alaa took the message of gender inequality in Sudan to the United Nations (UN) assembly in 2019. In her address to the United Nations Security Council (UNSC), Alaa called for an all-inclusive government encompassing ethnic and religious minorities, civil society, resistance groups, and a fifty-per cent parity for women in governance. In the same year, she was nominated for the Nobel Peace Prize for her contributions to bringing peace to her country. 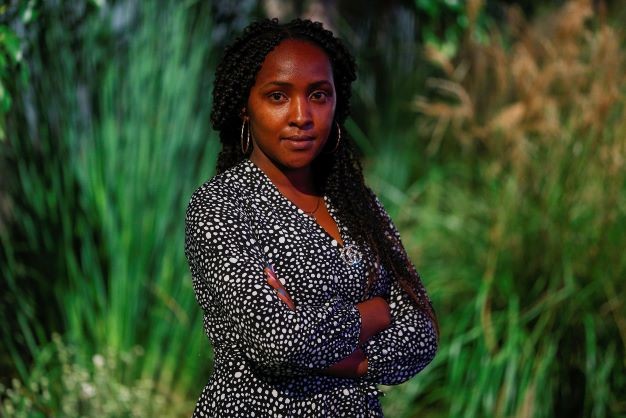 Elizabeth Wathuti is a twenty-six-year-old Kenyan environment and climate activist. She is the founder of Kenya’s Green Generation Initiative, which encourages young people to care more about nature and be environmentally conscious. Her initiative has led to the planting of 30,000 tree seedlings in Kenya, a portion of which are food trees aimed at combating hunger in Kenya. At the 2021 COP26 Climate Conference in Glasgow, Elizabeth delivered an impassioned speech, calling on delegates to consider the cost of their inaction on the African continent and its peoples. In her own words: “Please open your hearts…If you allow yourself to feel it the heartbreak and the injustice is hard to bear. Sub-Saharan Africans are responsible for just half a per cent of historical emissions, the children are responsible for none, but they are bearing the brunt.”

The trio of Malal Talla, Cheik Oumar Cyrille Toure, and Bessane Seck are a group of Senegalese musicians and journalists who started the protest group Y’en a Marre (Fed Up) in 2011 to protest rampant power cuts in Dakar. From power cuts, the group came to identify a range of problems they were fed up with in Senegalese society. Beginning with their music, some of which evolved into rallying cries, the group and its members progressed to door-to-door campaigns to encourage youths to register to vote. Enduring arrests in 2012 for their role in organizing a sit-in protest at Dakar’s Obelisk Square, the group pressed on with their campaign for political reform and were alleged to have raised over 300,000 votes, which led to the ousting of then Senegalese President, Abdoulaye Wade. Since then, the group has remained active, organizing meetings and shows and calling on the government to implement reform agreements, including land ownership reforms, which remains a critical issue for Senegal’s rural poor. 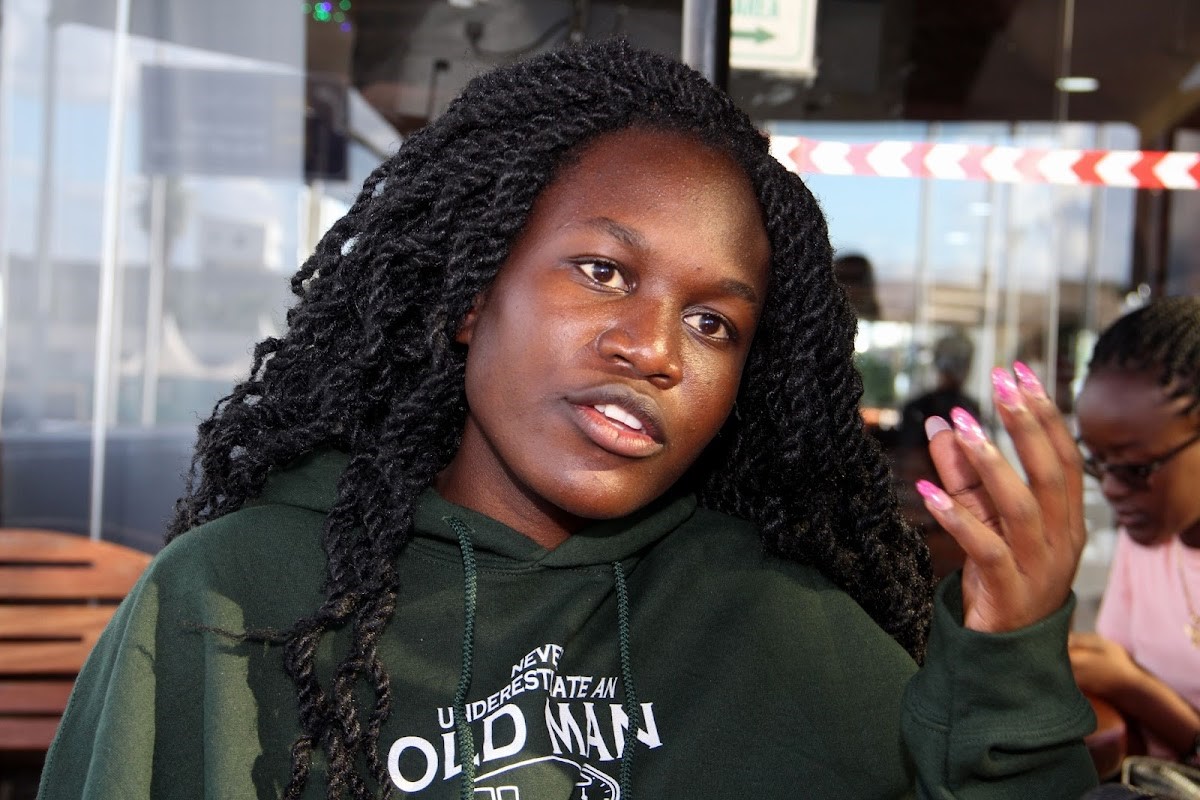 Stacy Owino, a twenty-one-year-old Kenyan women’s rights campaigner, is passionate about ending the widespread female genital mutilation (FGM) practice in East Africa. At the age of eighteen, Stacy, a Computer Science and Mathematics student, co-created an app that works to save girls from FGM by linking them with authorities and life-saving services close to them. Stacy Owino also represents Africa on the Youth Sounding Board for the European Commission. Her efforts towards eradicating FGM earned her honour at the 2020 Youth Activist Summit held at the UN in Geneva. 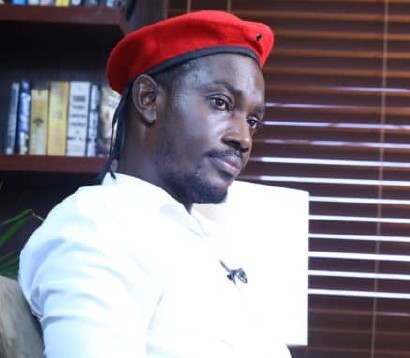 The activists mentioned above by no means cover the breadth of youth engaged in activism in Africa. Several other young African activists scattered around the regions are actively engaged with one social, political, or economic injustice or the other. In many instances, such movements are faceless. They do not have an identified leader/leadership as a way of avoiding targeted government arrests and crackdowns that can easily break the spirit of the movement. Pitiably, this has been the common government response to such youth demands for change. Despite the brutal crackdowns that have met youth actions against social injustice—as witnessed with the EndSARS movement in Nigeria in 2020, youth action against anti-people government policies/practices is expected to persist as long as the proper measures are not taken to address these grievances.

Please join us for a conversation with Ernesto Yeboah, the renowned Radical Activist and Commander-in-Chief, Economic Fighters League.