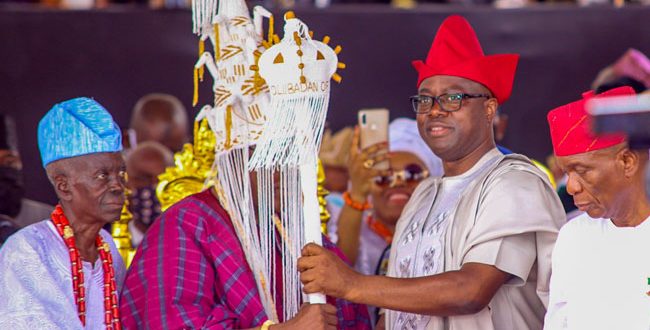 March 11, 2022 Comments Off on Lekan Balogun Installed As 42nd Olubadan of Ibadan 39 Views

Governor Seyi Makinde has installed Olalekan Balogun as the 42nd Olubadan of Ibadanland.

Governor Makinded presented the staff of office to Balogun during the ceremony which took place on Friday at Mapo Hall in ibada, the state capital.

Speaking after his installation , Balogun assured the people of Ibadanland and Nigeria in general that he would not let  them down.

He thanked all the traditional rulers, serving and former governors and members of the national assembly for honouring him with their presence.

Share
Previous Technology, Technical Education, Culture, and Society
Next Knowledge Is Not Enough By Doifie Buokoribo