The Super Eagles of Nigeria have announced the players for the 2022 World Cup playoffs with the Black Stars of Ghana.

In the squad list released on Friday, March 4,  Odion Ighalo Emmanuel Dennis, and Ademola Lookman were among the 25-man squad invited for the clash.

According to a statement by the Nigeria Football Federation (NFF), the Super Eagles camp will open in Abuja on 21st March, with a 24–man final list for the two big games to be released at a later date. 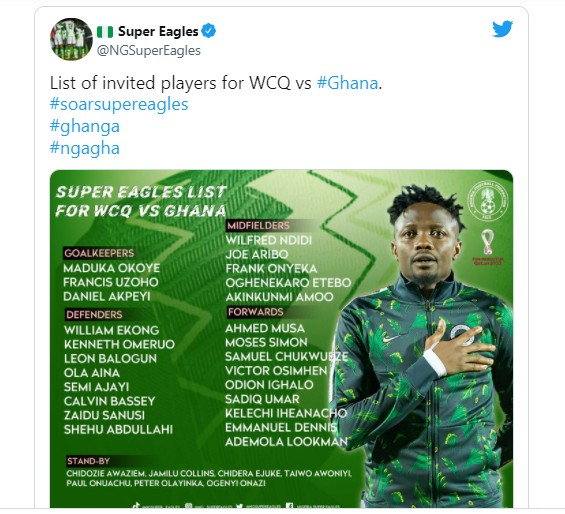