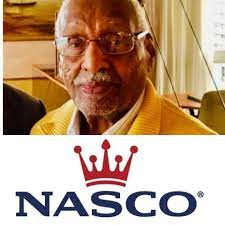 December 6, 2021 Comments Off on That fairy tale about NASCO 287 Views

In a world of lies and liars, an honest work of art is always act of social responsibility – Robert McKee

It was with a heightened curiosity and the search for knowledge and information that made me to read one David Hundeyin’s long piece published online in October this year.

Many people who know me are aware that I am always flaunting the fact that I was born and bred in Jos, Plateau State. Therefore, when the article titled Cornflakes for Jihad: The Boko Haram Origin Story was published, many of these people called my attention to it and also sent the link to me in case I had missed its publication. As it is with such things, I had also come across the publication and read it. I never set stock with the story because I know that the issues raised in the publication were long dead and dealt with.

As a journalist with over two decades of experience, reading through the piece was nauseating because it was a jejune opinion and a hatchet job done under the cover of so called “investigative journalism”. The materials sourced to do the story had been in public view for over a decade and all of them had been debunked and the NASCO Group and its founder cleared of any and all wrongdoings, not only by Nigerian authorities but by international concerns and governments.

Let me first make a declaration: I grew up to know the Nasco Group as a big company that dominated the ranks of business concerns in the northern part of the country; starting in the sixties, into the seventies and up to the nineties, till date. Perhaps apart from the Plateau State government, the state where it is situated, it is the largest employer of labour which provided succour and insurance, for many Nigerians from across the country. There are thousands in its employ, which activities straddle confectionary, construction, household products and so on. Million others are indirectly engaged by the company as distributors, drivers, traders in the commodities and in many other sectors.

Its flagship product Nasco Cornflakes has established itself as a prime product in the country and the West African sub region. It is therefore not surprising that the attention it is generating might have arisen from some quarters who are – perhaps – feeling threatened by the influence this important breakfast cereal is commanding in the market.

I wonder why the report decided to make use of old, discredited, and discarded materials to dress a clear case of jaundiced journalism in the toga of an investigative report. The recent death of the founder of this conglomerate, the late Dr Ahmed Idris Nasreddin, which should have served as an opportunity to soberly pay respects to the entrepreneurial spirit of the mercurial Eritrean who moved over to Nigeria and founded his company in Jos in 1963, was simply instead used to desecrate his memory and aimed to rubbish his remarkable legacy.

I find this distasteful and discouraging because this was a man who through the dint of hard work and spirit of enterprise made our country his home, and, contributed immensely to the economic well being of our citizens and the economic stability of our country. Is this a fair way to reward a destiny helper of many compatriots? I doubt this.

Investigative journalism is not a tea party affair or the cobbling together of half-truths online and rushing to the press. Due diligence was not followed nor the respected canon of journalism which gives fair hearing to all concerned obeyed, in this report. All those mentioned with alleged links to terrorism were not spoken with to allow them respond to the allegations.

The materials used in writing the story are old and have been overtaken by events because when the accusations against the founder of the company surfaced after the unfortunate 9/11 incident in 2011, the founder and his non-Nigerian companies were investigated both by the American and United Nations authorities and was fully exonerated. The Nigerian government through her security agencies did the same and came to the same conclusion. So why and where did the writer of this story leave all these and decided to concentrate and focus on old materials that had been jettisoned and thrown into the trash can? Is this what is called investigative journalism? No. It is jaundiced journalism which falls short of all the canons of the profession.

It is important to call this out because our country has been crying to attract foreign direct investment (FDI) and actions such as this would not in anyway attract any kind of investments when investors know they would easily become easy targets of tar brushes from some ill-conceived individuals who hide under masked motives to tarnish the image of investors.

As a “Jos Boy”, who grew up to see this ‘little acorn grow into a big oak’ as the old Nasco advert piece used to describe the company, it would be sacrilegious on my part not to come out to make clear this stance and come to the defence of a company I know contributed immensely to the growth, development and economic standing of Plateau State in the country. I, therefore, stand and identify with the Plateau State government which in its statement after the death of Dr Nasreddin said “NASCO has over the years remained a major employer of labour in Plateau and continues to contribute to the economic prosperity of the State and Nigeria at large through tax revenue and corporate social responsibility.”

Those who seek to tarnish or diminish the contributions of Dr Nasreddin to our country should look elsewhere and not follow the herd to tag him or his company with the latest bug of trying to link the successful enterprises with terrorism; with him it is a far link and trying to stretch conspiracy theory and credulity too far.

Investigative journalism is not muckraking, nor is it something one should indulge in to dance on the grave of an accomplished entrepreneur who through his companies and resources, contributed to making our country a better place to live in. The people of Plateau and many families – including mine, because my eldest brother – friends, neighbours and others worked and made their living in this company. No interloper who does not know how long the history of social responsibility of the company has been established, should be allowed to throw dirt on its white garment.

*Dr Oyegbile is a journalist, writer and academic based in Lagos.