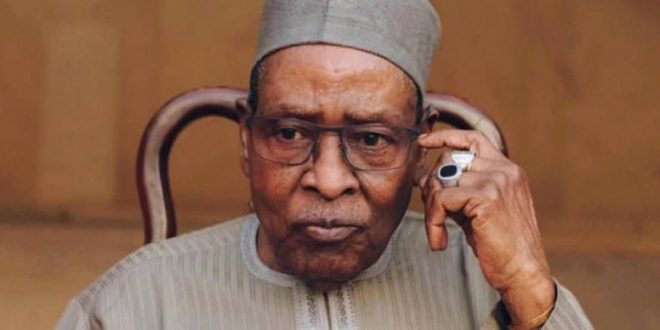 He died on Saturday at a hospital in London.

His death was confirmed in a statement by the spokesperson to the governor of Nigeria, Mary Noel Berje.

According to the statement, Abubakar Bello, governor of Niger, expressed sadness over the development and sympathized with the family of the deceased.

“The Chairman North Central Governors Forum said government and people of Niger State are indeed saddened by the demise of the Former Chief of Army staff who coordinated the activities of elder statesmen in the state over the years and made immense contributions to the peace, growth and development of the state and Nigeria as a whole.

“The Governor maintained that even after active service, late Gen. Wushishi continued to offer useful counsel that helped in the development of the society.

“He said the death of Gen. Wushishi has created a vacuum that can only be filled by Allah, pointing out that the society will miss his wise counsel which are most needed now in overcoming the numerous challenges that have bedevilled Nigeria in general.

“The Chairman, NCGF, prayed Allah to forgive all the shortcomings of the deceased and grant him Aljahna Firdausi as well as give the entire people of the state and close associates the fortitude to bear the great loss.

“”This loss is for all Nigerians considering the very many contributions the deceased has made in uniting the country as a soldier and ensuring its growth and development.”