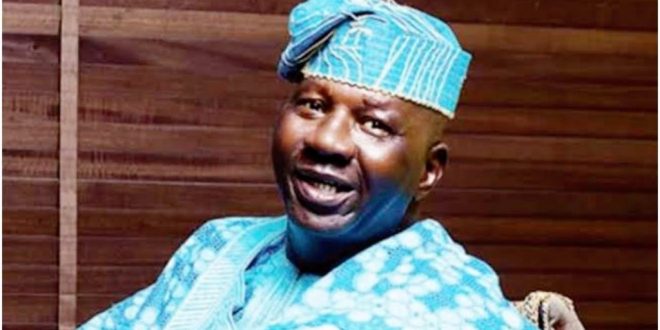 Lagos State Governor, Mr. Babajide Sanwo-Olu, has extended his heartfelt condolences to the Omidina family and the Nigerian entertainment industry on the passage of a renowned Nigerian comic actor, Mr. Babatunde Omidina, popularly known as Baba Suwe, who died on Monday at age 63.

Sanwo-Olu, in a statement issued on Tuesday by his Chief Press Secretary, Mr. Gboyega Akosile, described Omidina’s death  painful and a great loss.

The Governor urged the deceased family, friends, associates and the movie practitioners to take the death of ‘Baba Suwe’ in good faith and as an act of God.

He said: “The late Babatunde Omidina, popularly known as Baba Suwe was a bundle of talent, who used his God-given gift to advance the course of mankind. As an actor, he put smiles on the faces of many people through his comic roles in different movies and television drama series.

“No doubt the death of a loved one is usually painful because it is irreparable but we must always take solace in God, especially if the deceased had lived a fulfilled life, just like the late Babatunde Omidina, who was a celebrated actor during his lifetime.

“Baba Suwe’s death had left a vacuum that would take some time to be filled in the entertainment industry. I pray that God will grant the late Babatunde Omidina eternal rest and grant the family, colleagues and associates the fortitude to bear the irreparable loss.”