Breaking News
Home / News / BREAKING: Killing Of Protesters At Lekki Tollgate Can Be Likened To A Massacre- Lagos #EndSARS Panel 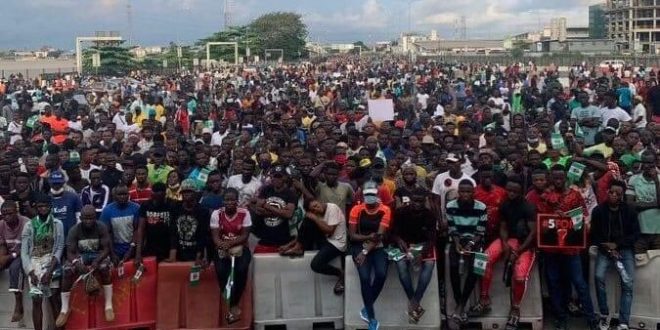 November 16, 2021 Comments Off on BREAKING: Killing Of Protesters At Lekki Tollgate Can Be Likened To A Massacre- Lagos #EndSARS Panel 62 Views

The Lagos State Panel on Restitution for Victims of SARS-Related  Abuses and Other Matters says the  killing of unarmed protesters at Lekki toll gate on the night of October 20, 2020 can be likened to a ‘massacre’ in a context.

The Justice Doris Okuwobi-led panel made this known in its report submitted to Babajide Sanwo-Olu, the Governor of Lagos State, on Monday

The  309-page  reports said soldiers shot live ammunition at armless protesters with the intention to kill and maim them.

“The soldiers actually shot blank and live bullets directly and pointedly into the midst of the protesters at the Lekki Tollgate, with the deliberate intention to assault, maim and kill,” the statement partly reads.

“The soldiers turned back ambulances that were invited to render first aid and assistance to the wounded protesters.”

The panel also said at least 48 people died and sustained injuries as a result of the shooting.

In its recommendations, the panel stated that all those involved in the attack on youths should be made to face disciplinary measures.

It also stated, “The Panel recommends that the Lekki Toll Plaza be made a memorial site for ENDSARS Protest: By renaming to ‘ENDSARS TOLLGATE’.

“The panel recommends that October 20th of every year, the day is made a ‘Toll Free Day’ at the Lekki Toll Gate as long as the tollgate exists

“That Oct 20th of every year be made EndSARS day Nationally for the remembrance of our falling youth.

“That for the purpose of restitution, healing and reconciliation the federal Government needs to publicly apologize to the youth for abruptly undermining the protest with their state actors.

“The Government should do all it can to bridge the gap of distrust with the Youth.

“A monument memorializing the lives lost and those injured at the Lekki Toll Gate with the names inscribed on the Monument.”