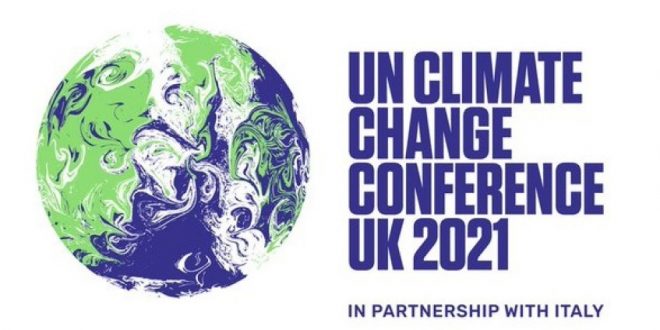 November 15, 2021 Comments Off on COP26 is “most exclusive” climate negotiations since Paris Agreement – African CSOs 15 Views

Civil society and grassroots organisations from Africa have described the Climate negotiations in Glasgow which ended yesterday as the “most exclusive” COP since the Paris Agreement was signed in 2016.

They insist that the lofty promises and glowing speeches made by world leaders including United States president, Joe Biden, and UK Prime Minister Boris Johnson, among a host of others, has given way to bewilderment among civil society in Africa that expected concrete commitments that will save the continent from climate-induced extinction. They bemoaned how the rich Global North countries again shunned their responsibility of committing to financing adaptation and mitigation measures for countries in the Global South most affected by climate change, and how false solutions and distractions such as carbon markets net zero took center stage during the negotiations.

“COP26 turned out as a well-disguised charade, dominated by ‘big boys’ in shiny suits and small rooms, concerned only with protecting their image, profits, and power. Meanwhile, systemic oppression, vaccine apartheid, and private negotiations have excluded the victims of these climate crimes! Without the people’s voices and real solutions, COP is just an elite marketplace for environmental criminals.”

“Disappointment is an understatement for the outcomes of COP26. Most disturbing is the fact that while the fossil fuel industry lobby never hid their presence at previous COPs, in Glasgow they were given the red carpet while our people facing existential threats caused by the activities of these Big Polluters were shut out by outrageous travel costs and the vaccine apartheid”.

“Those of us who were not able to make the COP due to restrictive measures by the UK government, noted from afar, the back and forth on financing adaptation and mitigation that countries on the frontlines desperately need to confront a crisis they least contributed to. The negotiations have drifted farther away from commitments to keep temperatures below 1.5 degrees Celsius into the dangerous realm of carbon markets”

“Sugar-coated poison still kills: carbon markets, with or without mention of human rights, will condemn people and the planet and continue to prop up polluters. Governments are using ‘rights’ as bait—we must not get hooked.”

“The outcomes of COP26 means we still have an enormous challenge ahead of us. Collectively we must rise to that challenge by pressing ahead to Make Big Polluters Pay for their climate crimes. This position is contained in the African Civil Society Position Paper and we will keep advancing it until justice is secured.

Share
Previous Pathways to Nigeria’s Future: A Review of Toyin Falola’s Understanding Modern Nigeria
Next BREAKING: Killing Of Protesters At Lekki Tollgate Can Be Likened To A Massacre- Lagos #EndSARS Panel