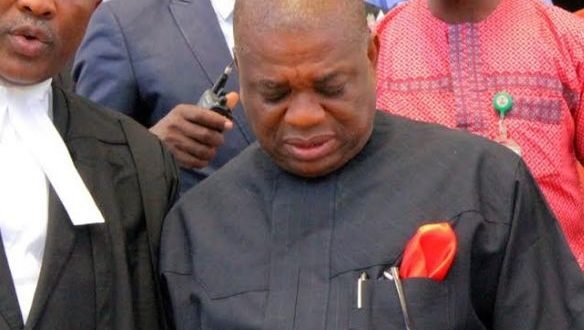 2023 Presidency: Who is Afraid of Ndigbo?

In a statement issued last week Monday, Media Mogul, Raymond Dokpesi, of DAAR Communications, opined that the agitation for Biafra by Nnamdi Kanu, leader of the Indigenous People of Biafra, IPOB, has limited the chances of the South-East to produce Nigeria’s next President. According to Dokpesi, some Nigerians were of the view that Kanu would force a Nigerian president of Igbo extraction to declare Biafra.

While Dokpesi has a right to air his opinions, his laments are indicative of the widespread, largely tenuous, phobia of the Igbo in Nigeria. It explains why for several decades after the Civil War, the South-East geopolitical zone has remained underdeveloped, and also why its indigenes have been systematically excluded from aspiring to principal national offices, such as the Presidency. Dokpesi simply expressed the true feelings in certain sections of the country about the place of the Igbo in Nigerian politics. It was an attempt to justify the continued brazen marginalization of one of the principal ethnic groups in the management of the country’s affairs.

Distrust of the Igbo in Nigeria is an age-long sore that has shown no sign of healing. Of all the ethnic nationalities in the country, there is a subsisting myth that the Igbo are the most cunny, selfish and unreliable. This thinking, became rife sequel to the January 1966 bloody coup, which was naively christened an “Igbo Coup”, and the resultant three-year Civil War (1967-1970), which pitched secessionist Biafra against Nigerian loyalist forces. Consequently, the Igbo were branded disloyal separatists who could not be trusted in the future management of the country’s affairs, despite having a strong case for wanting to break away from Nigeria, considering the issues preceding the war.

At the end of hostilities, General Yakubu Gowon, magnanimously declared a policy of “no victor no vanquished”, a peace building strategy that had inherent potentials of healing old wounds, and gradually creating a soft-landing platform for the reintegration of the Igbo into national life. But despite, Gowon’s good intentions, the reverse has been the case as successive federal administrations, mostly headed by non-Igbo have ensured that they are consigned to being treated like serfs in a country their forebears served with heart and might. Nigerians seem to have forgotten the priceless contributions of prominent sons and daughters of Igbo extraction to the country’s independence, development, unity and international image.

However, despite all the pitfalls erected to stall their development, the Igbo have managed to survive in Nigeria, through sheer guts, sagacity and industriousness. After the war, they were divested of all their wealth and given only 20 Pounds Sterling to start life again. With doggedness, they have risen from the ashes of defeat to dominate Nigeria’s commercial sector, further arousing the envy of their oppressors who have proceeded to deliberately construct stronger barriers meant to stall their complete emancipation.

The exclusionary stance of the Nigerian state against the Igbo has since transformed into a policy, especially under the administration of President Muhammadu Buhari, who has not hidden his disdain for them. In the civil service, public appointments, appointment of top security personnel, political appointments, in government portfolios allotted to the region, in development etc, Buhari has ensured their relegation to playing second fiddle roles. Mr. President’s hatred of the Igbo is, indeed, undisguised. While previous administrations chastised them with whips, he has chastised them with scorpions, daring anybody to challenge his actions. This explains his penchant for deploying the military and other security services to the South-East to clamp down on peaceful agitators. This explains his natural resort to expletives and threats against dissenting voices from the region.

The likes of the Indigenous People of Biafra (IPOB), the Movement for the Sovereign State of Biafra (MASSOB), and several others calling for autonomy and more inclusion of the Igbo in national affairs are simply extensions of the movement started by the great Ikemba and former Head of State of the defunct Republic of Biafra, Chukwuemeka Odimegwu Ojukwu (of blessed memory), who stressed that the Igbo would only be part of a Nigerian State constructed on the marbles of justice, equity and fair play. Their agitations are born out of the realization that they have not been forgiven their supposed SIN of attempting to secede from the Nigerian union, alongside the recognition that they are vassals in the Nigerian caste system. They simply want to see a political state where they can freely plan and determine their future without encumbrances of any sort. That is why their agitations should not just be seen from the prism of secessionism.

So, the fears of the likes of Dokpesi, who are part of the evil political establishment that has traditionally treated the Igbo with askance, and ensured their consignment to the fringes of the country’s politics, are grossly unfounded; they are simply misplaced, misconceived and misdirected fallacies. Contrary to Dokpesi’s warped suggestion, an Igbo Presidency would, in fact, finally put an end to secessionist agitations in the South-East Region; if the real issues – inclusivity, development, equity etc. – driving separatist agitations are put into perspective. A group like IPOB, for instance, does not want to control a government under the subsisting skewed Nigerian State System; it simply wants a society where justice reigns. With justice, all forms of agitations would naturally wither away.

There are simply no grounds to justify the continued exclusion of the Igbo from the Presidency, when other geopolitical zones have had that privilege. It is the time of the Igbo to wear that tiara. The quest for Igbo Presidency shouldn’t be turned into a constitutional or political matter, as some mischievous power mongers, who have been part of the evil cult ruining the affairs of this country, are trying to make it look like.  It is simply the wisest thing to do in the present circumstances; a national expediency that should be devoid of sentiments. It is a peace building cum conflict prevention strategy that will help in healing the visceral injuries inflicted physically and psychologically on the Igbo by several decades of being treated with askance and disdain by Nigeria’s political dark lords.

There are matters that must be negotiated in a country as heterogeneous as Nigeria. It is negotiation that has kept Nigeria together, despite the calumnious pulls of the centrifugal forces of disintegration arrayed against her since her independence. Considering Nigeria’s checkered history, the Presidency, just like her unity and peace, are negotiable. If other geopolitical zones have benefitted from past negotiations for the control of the country’s top job, there are no justifiable grounds to continue denying the Igbo, one of the three largest ethnic groups in the country, the same privilege. What is good for the geese is good for the gander, they say.

So, those scared of the emancipation and empowerment of the Igbo should do a detour and lend their tacit support to the quest for a Nigerian President of Igbo extraction in 2023. An Igbo Presidency would engender a sense of justice and restore the confidence of the Igbo in the Nigerian project, and their place in the completion of its construction. This is the best way going forward.

Mr. Jude Obuseh is a peace practitioner and public affairs Commentator, writes in from Benin City. 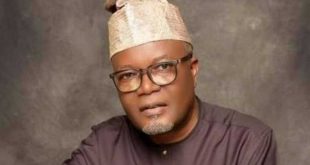