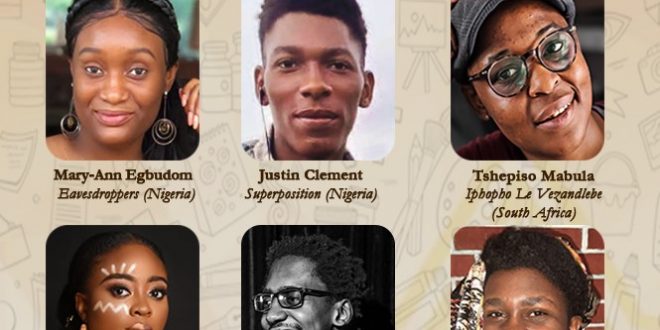 The administrators of the Toyin Falola short stories prize have announced the names of six writers from the 11 earlier shortlisted.

A statement today said, “Following the feedback of our judges and readers on the longlist, we do not doubt any of the stories making the shortlist, and this particularly emphasizes the quality of stories we received as well as that of those that have made it this far. Thus, we acknowledge the assiduousness of our judges in making this list possible. Also, we consider ourselves fortunate to be witnessing this period in African history and literature, and to be positioned as bearers of these tremendous reads to the world!”

On the shortlist are three Nigerian writers, two South Africans and a Burudian.

Those announced on the shortlist are: Superposition by Justin Clement (Nigeria), Iphopho Le Vezandlebe by Tshepiso Mabula (South Africa), and Sinmot by Blessing Nwodo (Nigeria). Others are Should have Listened to Mother by Mandisi Nkomo (South Africa), Hunger for Crystals by Ernestine-Vera Kabushemeye (Burundi) and Eavesdroppers by Mary-Ann Egbudom (Nigeria).

The statement added that “Our judges have praised Iphopho Le Vezandlebe for its excellent narrative and intriguing weaving of time that allowed the story to move several bodies and minds effortlessly through loops of time. Justin Clement’s story, Superposition, received effusive mentions for its character-development strategies and the way it deftly shifts scenes in the mind of the readers, while Sinmot by Blessing Nwodo also stood out for the vivid world it builds, a world crafted not only to upend familiar understanding of power dynamics but provoke readers into reconsidering popular understanding of the present.

Mandisi Nkomo’s Should have Listened to Mother packs a lot into making highly remarkable characters around whom the plot pivots, Hunger for Crystals by Ernestine-Vera Kabushemeye wields a story whose own materials penetrate the characters, and Eavesdroppers develops a main character whose presence fills up the plot without consuming it.

The organisers expressed hope that the coming weeks will yield a worthy winner from the excellent pool “Given the strength of the stories in this shortlist and the Prize’s vision to support literature on and outside the continent, not only will each shortlisted story receive $200; the strongest entries from the submissions received by the Prize will be published in an edited volume by 2022.”

The Prize is the is named after Prof Toyin Falola, a Nigerian historian and professor of African Studies. He is currently the Jacob and Frances Sanger Mossiker Chair in the Humanities at the University of Texas at Austin.