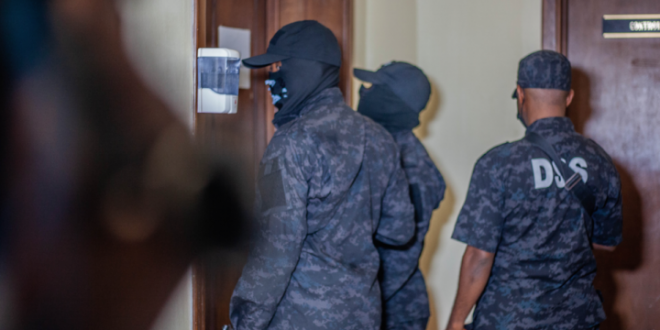 September 8, 2021 Comments Off on DSS Files Terrorism Against Two Supporters of Igboho 17 Views

The suit was filed through the DSS lawyer, SM Bello.

According to DSS, Oyetunji was allegedly in possession of firearms for terrorism-related activities while Babatunde promoted terrorist acts through her Facebook account.

The court is yet to fix a date for a hearing.

On July 1, DSS raided the residence of Igboho in Ibadan and arrested 12 of his supporters.  The arrested supporters were moved to the federal capital territory (FCT ), where they were kept in detention.

The federal high court judge, Obiora Egwatu granted bail to the supporter. But the DSS filed an appeal challenging the bail granted to four out of the 12 persons.

According to the DSS counsel, Idowu Awo , the four persons were still under investigation.

On August 30, the DSS released eight of Igboho supporters. The Cable reports that two other persons have regained freedom, leaving two in detention.