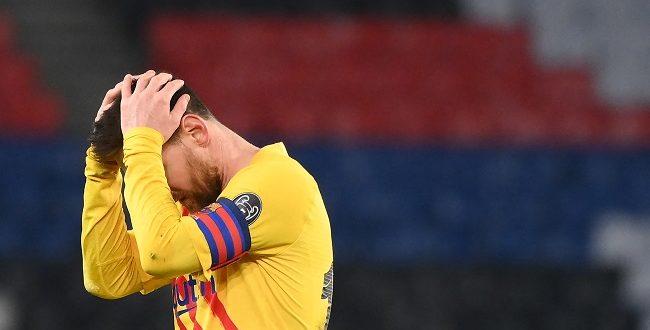 Argentine striker Lionel Messi  will not sign a new deal with Barcelona, the Spanish club said

“Despite FC Barcelona and Lionel Messi having reached an agreement and the clear intention of both parties to sign a new contract today, this cannot happen because of financial and structural obstacles (Spanish Liga regulations),” Barcelona said in a statement on Thursday.

“As a result of this situation, Messi shall not be staying on at FC Barcelona. Both parties deeply regret that the wishes of the player and the club will ultimately not be fulfilled.

Share
Previous FG Asks Resident Doctors To Resume Work, Says States Are Responsible For Most Of Their Demands
Next A CONVERSATION WITH DR. BISI ADELEYE-FAYEMI, PART 4