A CONVERSATION WITH HIS IMPERIAL MAJESTY, OBA (Dr.) V.A. KILADEJO

Since time immemorial, wonderful things have been spoken about people who have excelled in different areas of life. Although some observant individuals might have noticed that this set of people has reduced in number, as it seems that the zeal to become outstanding is continually waning. Nonetheless, some great people would not drop the ball and succumb to the pressure of conforming to mediocrity. Kabiyesi Alayeluwa, Dr. Victor Adesimbo Kiladejo, is one of the exceptional individuals who, by their way of life and commitment to personal development, have made significant contributions to the course of humanity. We would have the honor of rubbing minds with His Imperial Majesty during the Toyin Falola Interviews on July 25, 2021.

Our people have a saying that if you desire to walk on mild and comforting grounds, you must first make an effort to wet the ground before you take your first step. No doubt, we all desire to have a smooth conversation with Kabiyesi Alayeluwa, so I think we should make some efforts to understand how his life has evolved and how much we can all learn from his exemplary life. I believe this will give us all a comforting and interesting sojourn with the king.

His Kingdom and his People

If anyone here is familiar with royalty among the Yoruba, they would know that a king does not exist without a kingdom and his people—the same way we would not all be here if His Imperial Majesty had refused to grace this Interview with his regal presence. In the same manner, His Imperial Majesty is well recognized because there is a kingdom in Ondo and a people standing firmly behind him.

As a historian, I believe it is worthwhile to begin with a brief overview of how the Ondo kingdom and its people came to be, before delving into details about the king. Like every other great kingdom in Yorubaland, the Ondo kingdom traces its mythological origin to many centuries ago when Princess Pupupu established it. The existence of this kingdom for centuries and how it continues to wax strong is fascinating. This tells the story of a resilient kingdom that has lived through tides to establish its magnificence in our hearts today.

There is a fascinating myth. According to one legend, before the establishment of the Ondo kingdom, giving birth to twins or even sighting them was an abomination in the court of Oduduwa in Ile-Ife. In a twist of event, one of Oduduwa’s favourite wives gave birth to a set of twins. Rather than order their killing as was the tradition, Oduduwa dispatched his favoured wife and her twin children on a journey from Ile-Ife to nowhere. Not a few servants, guides and at least three chiefs were put on the entourage. This exiled band moved southward of Ile-Ife until it settled in Èpè (in present day Ondo Kingdom), where it stayed for some years, before finally proceeding to Ondo. The initial resistance of the people indigenous to this new location, the Ìdòko and Ìfòré, were swiftly overcome, and the Ondo became a permanent feature of this location. Púpùpuú became the first Òsemàwé (from ‘ese omo re’ – the name by which the set of twins was called). As a strong woman and former wife of Oduduwa who had tasted power in her old kingdom, and a visionary who was not willing to be dissuaded—an enviable character we have seen in the lives of Ondo indigenes both at home and abroad—Princess Púpùpuú became the first ruler of the Ondo Kingdom. Following her rule and death, her descendants took over the throne, and despite the turmoil that rocked old empires across Nigeria, the genealogy of the Ondo kingdom was firmly built till it got to the turn of Kabiyesi Alayeluwa Dr. Victor Adesimbo Kiladejo.

For the people of Ondo, there is no better way to describe a resilient people with the love of industry, education, and peace without referring to the citizens of His Imperial Majesty. The support shown to His Imperial Majesty and other previous kings has earned and accelerated the coveted development and growth of the kingdom today. I know if I could get into the mind of Kabiyesi right now, I am certain he is continually grateful to his people and his kingdom.

A Peep into the Educational Qualifications of His Imperial Majesty

In Ibadan, where I had some of my training and education, we believe that a mind that knows is a mind that is free. To know and consequently be free to lead your people aright, you have to, at least, be formally educated or versed in the traditional workings of your people. For His Imperial Majesty, Dr. Victor Adesimbo Kiladejo, these things are not just present; they have been mastered all through the years by diligently giving himself to study and practice long before he became a revered king.

Starting as a young and ambitious man in 1974, he gained admission to the University of Ife, where he was a federal government scholar and graduated as a medical doctor, with two degrees—one in Health Science, and the other a Bachelor of Medicine and Surgery. He later went to the United Kingdom for his post-graduate training at the University of Liverpool, where he was trained as a reproductive health professional. This great feat did not end there. Kabiyesi diligently worked till he became a certified professional in healthcare quality and a consultant to the Liverpool Associate of Tropical Health. Today, his outstanding performance both at home and abroad has earned him a lot of respect, accolades, and awards in different spheres of life. Notable of mention is the Nigeria Merit Award in Human Medicine, an Award of Excellence by the National Healthcare Providers Association of Nigeria, the Service of Humanity Award by Rotary International District, and many other desirable awards that our time would not permit us to exhaust.

Recognizing Excellence in an Exemplary Man

Within the spheres of those who are learned in the technicalities and operation of the law, you will often hear that evidence is the end of an argument. Though this is not in any way an argument, I still feel proud to flaunt the pieces of evidence of His Imperial Majesty’s excellent contributions over the years.

Let me start by stating that Kabiyesi is a recipient of one of the highest honors in Nigeria—the National Honor of the Commander of the Order of the Federal Republic (CFR). His friends and associates confirm that that the Kabiyesi has led a decent life. Aside from this, different pieces of evidence speak volumes of his excellent contributions. They include the African Leader of Integrity Award; the Continental Distinguished Leadership Award by African Youth Society; Grand Commander of Peace and Security of Niger (HCPSN) by the National Security and Civil Defence Corps (NSCDC); a distinguished member of 50 selected outstanding Traditional Rulers in Nigeria, among others.

As a thinker, what I find interesting here is not so much the number of awards but how they all recognize what His Royal Majesty stands for. If you look through, you will see a recognition of Kabiyesi’s integrity, leadership, love for peace, and, more importantly, as a keeper of Yoruba traditional heritage. From all this, I do not think anyone needs a seer to tell them that meeting and speaking with a man of this caliber would have a profound futuristic impact on their lives.

His Majesty’s Contributions to the Things that Matter

Many people make contributions to their society, but only a few people do so to the things that matter. Interestingly, it takes a lot of resources and courage to identify what you can contribute to make a great impact on your society. In this regard, Kabiyesi has made a name for himself. He has not only contributed to his society, but he has also contributed to the things that matter to advance growth and development in the Ondo kingdom.

Through the Kiladejo Crown Foundation, a non-profit, non-political, and non-governmental foundation started by His Royal Majesty, there have been many contributions in health care, child education, freedom, and rehabilitation of prisoners, and more significantly, economic empowerment.

What intrigues me the most is that the major indices of societal development, health, education and economy, have been captured by this Foundation. This demonstrates Kabiyesi’s foresight and genuine desire to elevate his people and contribute immensely to their success.

Leading a Life that Challenges all of us

I remember the stories of people who reached a particular point in their career and achievements in life and then decided to retire and drop the ball at that point. Unfortunately, this people often begin to lose form and deteriorate because eventually, a mind that has stopped learning will start to die. For Kabiyesi the Òsemàwé, one would think that after his academic, humanitarian, and royal achievements, he should take a break and retire, but that is not the case. It seems that he has wholeheartedly adopted the mantra of “not retiring because he is not tired.” Instead, his life reveals a drive and yearn for more and greater success and a continued desire to live a life that defies the status quo and challenges every one of us to listen to him on July 25.

One of the ways he challenges us is his involvement in ensuring that the least of his people get the best healthcare, education, and sensitization. I learned that through the Ondo City Vision Committee, His Majesty has been working round the clock to accelerate growth and development in his kingdom and for his people. He has paved the way for many people to have a reason to aspire for more, even when faced with life’s difficulties.

On July, we have the privilege of having a lifetime conversation with His Imperial Majesty, Oba Dr. Victor Adesimbo Kiladejo, the Osemawe of Ondo Kingdom. Without a doubt, everyone who joins us, just like me, is looking forward to this conversation with His Majesty and the opportunity to peep through his magnifying lenses of life achievements.

Please join us on: 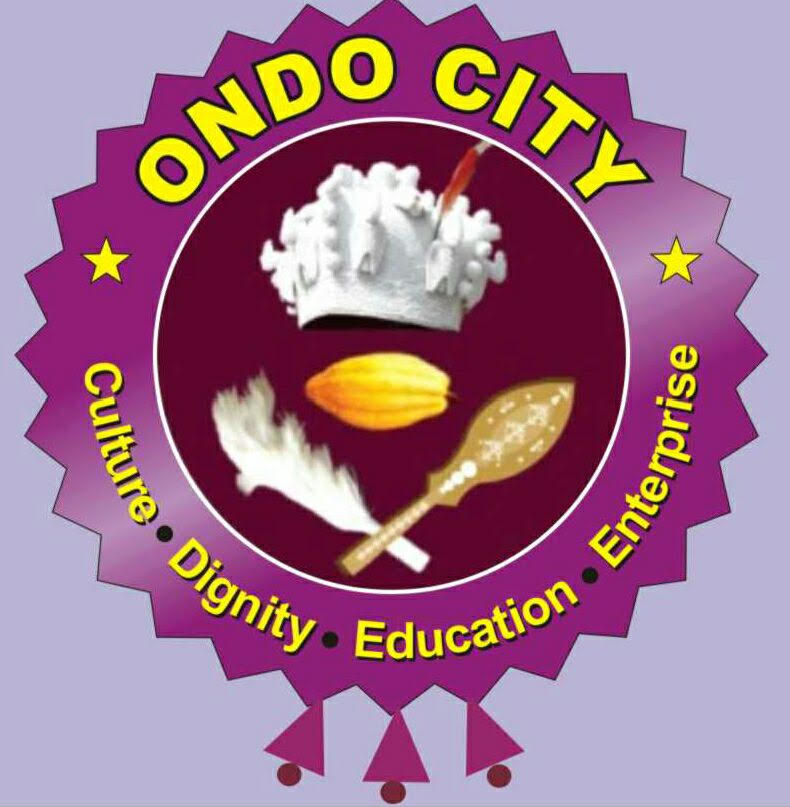