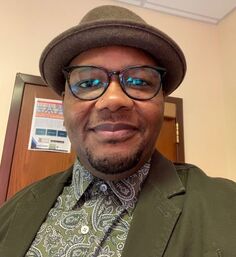 WHY I SUPPORT ROTATION OF THE PRESIDENCY

July 16, 2021 Comments Off on WHY I SUPPORT ROTATION OF THE PRESIDENCY 26 Views

It is a fallacy but I hear and read it often. It is the mantra of the Nigerian Left, or what’s left of it. Ethnic consideration should not determine or factor into the choice of president. The ethnicity of the president should not matter, only their performance or qualification for office should. Look at Buhari; he’s been president for 6 years but his kinsfolk in the North are poorer today than they were when he took office, and he has impoverished them as much as, if not worse than, southerners.

This is a familiar argument against the politics of representation and identity and for a politics that is allegedly identity-neutral, focused only on the material dividend of politics in which economically marginalized citizens have the same needs and aspirations that are allegedly met or neglected in an undifferentiated way.

Many Leftists have since come to the realization that difference matters, whether it is that of race, ethnicity, religion, or gender, and shapes our experiences and aspirations. We now talk about intersectionality, that is, the way that class intersects with other identity markers, including ones that are primordial in nature to marginalize or empower us, informing our politics and what we consider important in politics.

Politics is as much about representation as it is about the delivery of material comforts. It is important that people see themselves represented, including in the office of president. Which is why Obama’s presidency, even though it delivered little material benefit for African Americans, meant and still means so much to them. Symbolism, recognition, and belonging matter immensely.

It is passé and reductive neo-Marxian thinking to reduce politics and political struggles, aspirations, and contestations to the quest for material benefits. That is only one side of the equation. Which is why philosopher, Axel Honneth, postulated that all human struggles and politics are about redistribution and recognition.

The aforementioned argument about politics being solely about material improvement focuses only on the redistributive aspect. But you have to also recognize that people act on and for the quest for recognition, which is the representational aspect of politics that some people dismiss or criticize erroneously as identity politics, as if everyone’s politics is not ultimately connected to and informed by their identity, biography, and socialization.

Studies have shown that most people vote in elections based on identity and representational considerations (recognition), which they consider more important or at least as important as material improvement (redistribution). This is true in Nigeria as it is true in America and Britain. In the latter the defining identity markers are race and, to a lesser degree, ethnicity and religion; in Nigeria they’re ethnicity and religion.

It is better to recognize this universal fact of politics than to pretend that it does not or should not exist, a Utopian Marxian proposition that does not accord with reality.

Why do the overwhelming majority of northern Nigerians still support Buhari despite his calamitous and unprecedentedly disastrous regime, which as you rightly stated has impoverished them like never before? It is simply because they’re happy to see one of their own in the presidency, to be represented in the highest office. There is absolutely nothing wrong with their sentiment because politics is not only about wellbeing but also about people having a sense of belonging and representation even on an empty stomach.

Man is not just an economic being, only concerned about economic needs and benefits. Have you heard about the poor whites in the US who routinely vote against their economic interests because of what we call “ tribalism” in Africa?

The only people you hear making arguments such as yours about ethnic/religious representation not being important are two categories of people: people who are currently in power and would like to keep power, and people who belong to the politically and/or demographically dominant identity.

You will hear political, ethnic, demographic minorities or people outside the current power configuration saying that where the president comes from does not matter. Again, that is as true in the USA as it is in Nigeria.

What that says is that the claim about a so-called superior politics of identity neutrality or ethnic blindness is itself a discourse of power and privilege that only certain Nigerians belonging to one or more of the aforementioned majoritarian and dominant groups can afford to express.

This is why, whenever I hear some Nigerians talk about how ethnicity is a bad thing, how politics should be stripped of ethnicity, and how the problem of Nigeria is that people allow their ethnicity to inflect their politics, I’m reminded of the cynical rhetoric of some privileged white folks in US, who complain that African Americans care too much about race and and are engaged in identity politics or racial justice instead of assimilating into an allegedly single, undifferentiated American identity, and instead of pulling themselves up by their own bootstraps and accessing the American dream.

All these points are the reasons I support rotation of the presidency. It is important to have it in our constitution if national cohesion and the survival of the union is important to us as a country.

Some of us may not have liked it, but the legitimate northern agitation for power shift and rotation brought Buhari to power and has kept him there. He may have inflicted as much damage economically on northerners as he has on southerners but his ascending the presidency gave northerners a sense of recognition and belonging and cooled the political tensions and temperature of the country before Buhari heated it back up and deepened the division with his unprecedented and blatant Arewa-ization and parochialism.

Rotation, of course, is not incompatible with quality leadership as all regions and ethnic groups in the country have potential quality leaders as well as poor ones.