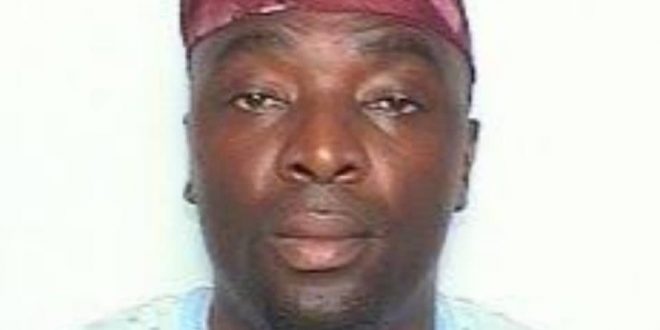 The South West Agenda for Asiwaju 2023 (SWAGA), the political pressure group within the All Progressives Congress (APC), prevailing on Leader of the party, Asiwaju Bola Ahmed Tinubu, to contest in the coming presidential election, has described as “wicked manipulation from a tormented soul,” the ongoing moves by the Ekiti State governor, Kayode Fayemi, to disenfranchise some members of the party from participating in the process of electing who represents them in the upcoming Ward Congresses, scheduled to hold soon.

SWAGA, through one of its leading members, Hon Oyetunde Ojo, said in a statement that, Dr Kayode Fayemi has recently stepped up his witch-hunt and victimization of his group’s members by sending messages across wards to stop all political meetings, in an effort to gag members from raising objections to a subterranean attempt to impose ward officials.

Compilation of lists have begun across wards by the Ekiti State government amidst suspension and victimization of APC members suspected to have sympathy for Asiwaju Tinubu’s presidency, while an embargo has been placed on ward and all political meetings in Ekiti State, ostensibly to lord hand-picked members on the party as ward executives.

Ojo who is former lawmaker in the House of Representatives and son in-law to Asiwaju Tinubu, said that the recent action of the governor is nothing but “another tantrums from Fayemi whose political fortune and popularity have taken a deep slide in recent times and whose entire political strategies are built on lies, orchestrated violence and cheap anti-democratic tricks.

“We have noticed the deep hatred for our group, by the Ekiti State governor since we launched SWAGA in Oyo State in January this year and subsequently moved to Osun, Ogun and Ondo states before the recent launch in Ekiti State, amidst naked hostilities and victimization of our members. Very desperate and myopic suspension of key members have been made and several barricades mounted to dissuade the operations of SWAGA. All these have failed because SWAGA has grown to become an unstoppable movement to many, and even a religion. No force can stop a movement; hence, we have been growing in number and strength to the bitterness of a government that has already lost all popularity and on a mission to plunder the party into another electoral doom.

“Hon Ojo however pointed out that; “SWAGA has resolved to resist the ongoing evil effort to rob party members of their rights to choose who represents them at the Ward to the State level in the coming congresses. We are calling on the leadership of the National Caretaker Committee of the APC to quickly check the ongoing undemocratic activities of Governor Fayemi, for the good of our party and the sustenance of our precious electoral victory.”

Ojo continued: “Ekiti APC and indeed the entire people of Ekiti State are very peaceful people. Fayemi is one person that has been avoiding democratic test of popularity. The chronology of events bothering on victimization of SWAGA members in the state, which now culminated into the current attempt to hand-pick people for the coming congress, are known to the public as some of them were already on record and are in public domain.

“Clearly, if there is anyone working against the stability of our party in Ekiti State, that person is Dr. Kayode Fayemi; the stakes are high for him as a seating governor who lost his seat wholesale on his first coming, wobbled as a serving Minister and obviously diminishing as second term governor. It is his degree of desperation to cover his abysmal leadership failure that is causing the lingering show of shame in Ekiti.

“While we are appealing to our party members and supporters across the state to remain calm, we call on the leadership of our party, the APC, to advise the governor to see reason in toeing the democratic path by allowing a popular contest that will produce the choice of the majority in leadership, right from ward to state levels in the coming congresses.

“It is unfortunate that Fayemi was late to realise that the boat has left the shore. His popularity has waned and evaporated with his vindictive tactics. He is now looking for any straw to hang unto. He was shocked to realise that his much-advertised hold on the state was a fluke. He was astonished that SWAGA, despite all his antics to scale down its popularity, is coasting home with boisterous popularity, so he has to haphazardly change from one strategy to the other. But Ekiti people are not fools.”

“We don’t support violence; SWAGA doesn’t use thugs. We don’t use self-help. However, Ekiti people have made the statement loud and clear that they will not surrender to any imposition howsoever. We are sure of our support base. If the coming congress election is conducted ten times, the will of the people will prevail against the vicious manipulation of a governor, who is on another mission to plunder the party and rescue defeat from the claws of our hard-earned victory,” Ojo concluded.