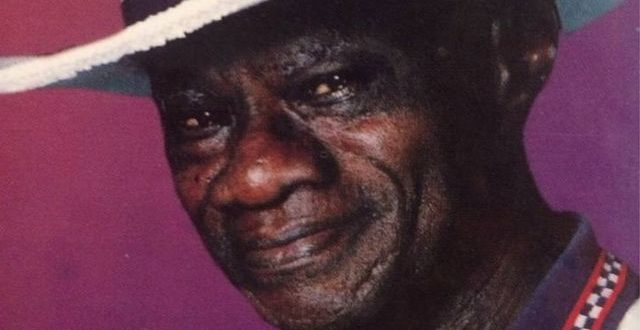 Isaac Alade, the architect who designed the  National Stadium is dead.

His death was announced by his family.

The cable reported that the deceased who was the first architect to become a federal permanent secretary died on Friday at the age of 87.

Alade, who was the first architect to become a federal permanent secretary in 1976, died on Friday at the age of 87.

The late Alade is said to have designed and supervised the construction of the National Stadium in Lagos; Tafawa Balewa Square (TBS),  the federal secretariat, Lagos; Nigerian Institute of Policy and Strategic Studies building, Kuru, Plateau state; the office of the head of state and council of chambers, Dodan Barracks, as well as guest houses of heads of states and the federal government.

He is also said to have designed the Ife University Teaching Hospital complex; Nigerian Institute of Social and Economic Research, University of Ibadan; University of Maiduguri, and several other iconic buildings within and outside Nigeria.

Reacting to the death of Alade, President Muhammadu Buhari condoled with the family of the deceased, the government, and people of Ekiti over the loss.

The president, in a condolence message on Sunday by Femi Adesina, presidential spokesperson, said Alade left behind a legacy of brilliance and diligence.

He said the deceased’s imprint on the nation’s iconic structures will continue to inspire younger architects within and outside the country.

“The President joins the Nigerian Institute of Architects, Royal Institute of British Architects and Architects’ Registration Council of the United Kingdom in mourning the first architect to become a Permanent Secretary in Nigeria, who also served as Pro-Chancellor and Chairman Governing Council of the Federal University of Port Harcourt,” the statement reads.

“President Buhari commiserates with the Government and people of Ekiti State over the loss, believing that Chief Alade’s contributions to the development of the country in design, building and administration will always be remembered by posterity, particularly the historic structures like National Stadium Lagos, Tafawa Balewa Square (TBS), Federal Secretariat, Lagos, and Nigerian Institute of Policy and Strategic Studies building in Kuru, Plateau State.

“The President prays that Almighty God will grant his soul eternal rest, and comfort his family.”