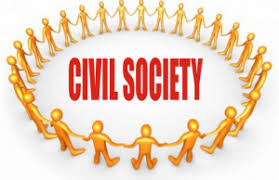 Members of the civil society organisations and the Labour movement in Nigeria have agreed to work together to initiate a Campaign For Transformative Governance, with the central theme on corruption and Insecurity and their deleterious impact on the trajectory of Human Development.

The groups said in a communique issued after a two-day stakeholders meeting held on May 7 and 8 , 2021 in Abuja.

The meeting which was themed “Building and Strengthening ties between labour and civil society organisations ” had in attendance Corporate Accountability and Public Participation Africa(CAPPP), Environmental Right Action (ERA)  and others were set to achieve the following objectives, the groups said.

1- To establish or reestablish ties between labour and civil society and identify areas of joint concern for campaign.

3- To encourage new thinking on Labour-Civil Society relations and coordination that is inspired by current challenges and opportunities for joint Campaign and advocacy transformative governance, and the building and consolidation of active solidarity.

The meeting was preceded by two initial consultative meetings with a cross-section CSOs and labour respectively.

The two day parley was put together and organised at the instance of, and supported by Solidarity Center. Comrade Jaye Gaskia of Praxis Center was the Facilitator and co-convener for the Initiative.

The meeting was able to identify some critical challenges that have been affecting labour-civil society relations. Some of which include but are not restricted to the following; the different modes of operation and organisation of labour and civil society; the distinctive characteristics of both stakeholders; the decline of the Labour movement, the students movement and the civil society; the absence of political and politicised labour leadership; deradicalisation of the content and form of labour education; and civil society capacity building programs among others.

It was agreed that there is need for labour and civil society to work together and in the strength of this premise put things in motion to reverse the trend.

On the strength of this premise, the meeting agreed to initiate a Campaign For Transformative Governance, with the central theme on corruption and Insecurity, and their deleterious impact the trajectory of Human development.

The groups pledged to work together to build structures that would facilitate better relations between labour and Pro-Labour Civil Society Organisations.
They also affirmed the obligatory nature of the active solidarity between Labour and the Conscious Pro-Labour Civil Society Organisations; and thus commits to continuously exploring new ways of building and consolidating on this active solidarity.

They maintained that the health and character of the active solidarity between Labour and Pro-Labour Civil Society Organisations is key to promoting and ensuring Transformative Governance, that responds to and meets the basic needs of citizens, and delivers accessible, qualitative and available public services in an efficient way.