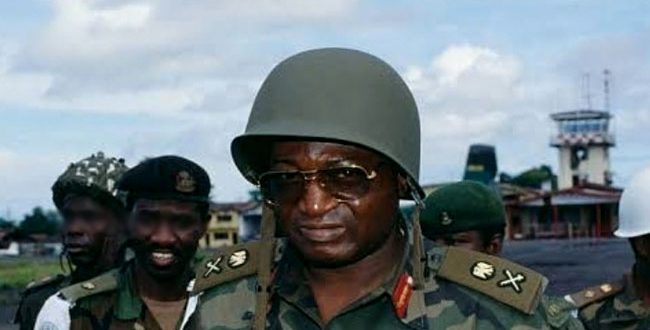 May 13, 2021 Comments Off on Buhari Mourns General Joshua Dogonyaro 5 Views

Dogonyaro, a former Fied Commander of the Economic Community of West African States Monitoring Group(ECOMOG0 died on Wednesday at the age of 80.

President Buhari in a statement signed by his Senior Special Assistant on Media and Publicity, Garba Shehu described the death of the general as a great loss to the Nigerian military and the nation.

He stated that Dogonyaro was a gentleman who gave his best in the service of the country.

“The death of Dogonyaro comes as a great shock to me because as a soldier, I know what it means to lose such an officer and a gentleman who gave his best in the service of the country,” the President said.

He noted that the late general was a thoroughbred soldier who professionally distinguished himself in the course of his military career.

“Laying down one’s life for the country is one of the greatest sacrifices any citizen can make to his country. General Dogonyaro’s incalculable contributions will be remembered for years to come,” President Buhari added.

He also extended his condolences to the government and people of Plateau State on the death of “this legendary general”.

The President prayed that God would bless the soul of the departed and grant his family the fortitude to bear the loss.