Pastor Dare Adeboye, the son of the General Overseer of the Redeemed Christian Church of God Worldwide, Pastor  Enoch Adeboye, is dead.

Adeboye was said to have died in his sleep on Wednesday in Eket, Akwa Ibom State.

A source confirmed that he officiated a service the previous night and retired to his bed and asked not to be disturbed because he wanted to rest.

“He attended a program which he officiated yesterday and said he wanted to rest. He said he didn’t want to be disturbed,” the source said.

“His wife was worried about how long he has been sleeping and tried to wake him up. She raised an alarm when he didn’t wake up.”

The deceased was the assistant pastor in charge of Region (Youth) 35. 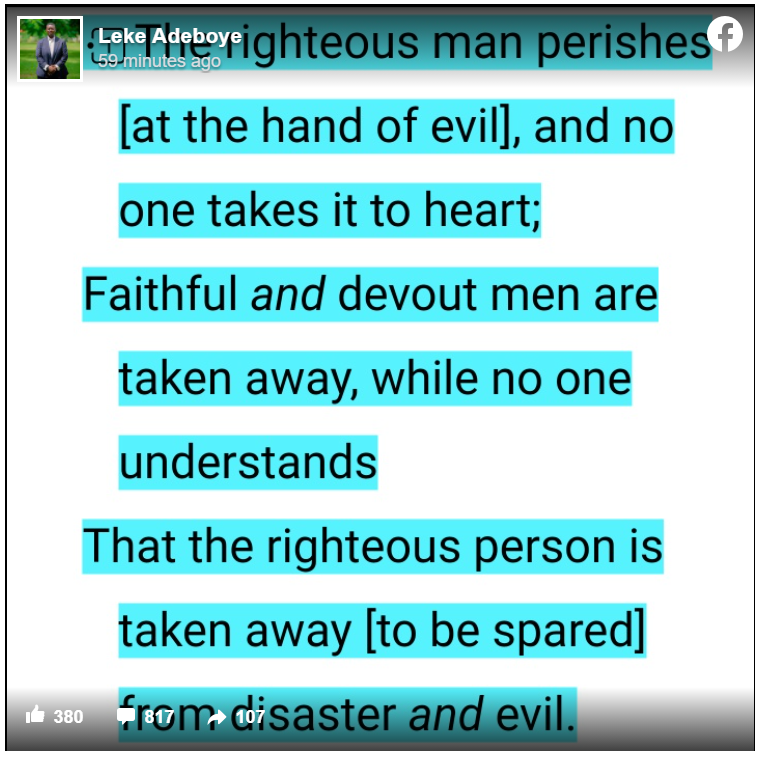