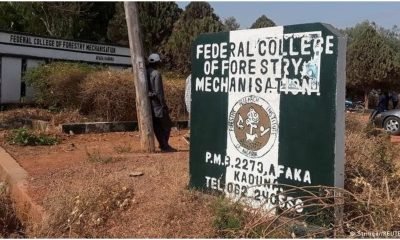 The  remaining 29 students of the Federal College of Forestry Mechanisation abducted by Bandits have regained their freedom.

The Chairman of the Parents’ Committee, Mr. Abdullai Usman, confirmed their release on Wednesday.

Mr. Usman said the victims were released some minutes past 4pm around the Kidanda area in Giwa Local Government Area of the state and were on their way back to the state capital.

He, however did not disclose the amount paid as ransom to the bandits to secure the release of the students.

It was gathered that the release was facilitated by Sheikh Abubakar Gumi dialogue committee with support from foremr President Olusegun Obasanjo.

The abductors had initially  demanded a N500 million ransom from the Kaduna State Government  but Governor El-Rufai ruled out the option saying bandits deserve to be killed.