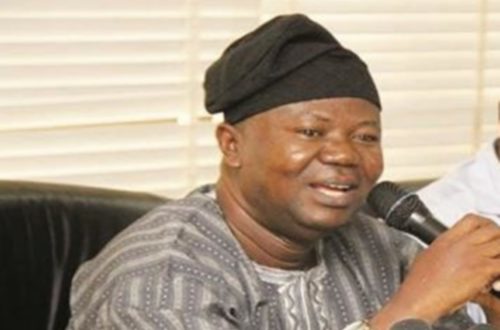 2 weeks ago Comments Off on Ogunyemi: ASUU demands go beyond members’ welfare 307 Views

Tough questions were posed for the Academic Staff Union of Universities (ASUU) President, Professor Abiodun Ogunyemi, during the Toyin Falola Interview Series, April 25, 2021. The grilling started from Professor Labode Popoola, Vice Chancellor of UNIOSUN. He would like ASUU to reconsider the tradition of indefinite strikes that went on sometimes for 10 months or longer. He said that the funding of universities in Nigeria was not worse than funding in other countries but no other country in the world still experiences indefinite strikes by university professors. He said that ASUU should do a better job monitoring projects funded by the Tertiary Education Tax (TET) Fund to prevent the inflation of contracts in federal universities compared to private universities where strikes were absent.

The ASUU president calmly reminded the Vice Chancellor that he was speaking from the other side as a representative of university administrators who received remunerations similar to those of political appointees. The TET Fund was a result of previous negotiations by ASUU that were now enjoyed even by colleagues who opposed the activism of the union but did not mind reaping the benefits. The Vice Chancellor said that the benefits won by ASUU came from tax-payers and not from the dues of ASUU members and so, such benefits should be enjoyed by all. It was beginning to sound like a debate between the two before Falola moderated by inviting others to ask questions.

Prompted by Professor Babatunde Babawale, former Director of Center for Black Arts and Culture, the ASUU leader explained that in a situation where there were no Bunsen burners in labs in universities and experiments are conducted with kerosine stoves instead; where there was no pipe-borne water and researchers had to fetch water in buckets to wash equipment and to flush toilets, the scholarly productivity of the lecturers and professors was further depressed by the fact that they had to teach large classes of hundreds of undergraduate students with some university administrators imposing a short deadline to grade hundreds of essay-type exams by lecturers who were simultaneously supervising dozens of graduate students.

Asked by a student, Daniel Ewero, if the demands of ASUU were exclusively for the welfare of the members, he responded that history shows that ASUU demands were not just for the welfare of members but also for a general improvement of conditions in the universities in the interests of the students and beyond. ASUU also frequently addressed the conditions of underdevelopment in the country through full page advertorials in newspapers condemning corruption, mass unemployment, and insecurity and calling for better healthcare and electricity services in the country. Professor Olutoye Olorode, called in to remind everyone that ASUU had been fighting against these ills for decades.

A question was raised by a female scholar, Tosin Alagbe, about allegations of sexual harassment against some ASUU members. The union president confirmed that the principle of innocence until proven guilty is followed in any allegation and ASUU was represented on the disciplinary committees of university administrations. He called on those who had evidence of wrongdoing by lecturers to submit such evidence to the disciplinary committees for investigation as was done all over the world.

A question was raised by a Professor from Howard University about the preparation of students for international competitiveness especially when it comes to gaining admissions abroad for graduate studies. Nigerian students remain competitive around the world but the ability to pay costly tuition fees in some foreign universities or private ones in Nigeria should not be accepted as the standard for Nigerian students, Ogunyemi said. Rather, those foreign countries that were able to offer tuition-free education at all levels should be emulated by Nigeria because Nigeria has the resources to make higher education accessible to all qualified Nigerian students.

In an article published on Monday, November 02, 2009, during an indefinite strike by ASUU, I offered an opinion editorial in The Guardian, titled: “ASUU and the Crisis of Hegemony”. The article made relevant points echoed in the current interview and I wish to end this report by highlighting some of the issues raised:

“I SALUTE the courageous members of the Academic Staff Union of Universities (ASUU) in Nigeria for leading the struggle to improve higher education in the country. No other civic organization could lay claim to more dedication, more sacrifice and more achievement in making university education better in Nigeria than the great ASUU. The recent three month-long strike is another reminder that ASUU members are willing to sacrifice their own comfort for the patriotic goal of advancing higher education to a level comparable in the international community. As a former member of ASUU and a passionate supporter of all the actions taken by the union, I send solidarity greetings.”

I was reminded of that essay because some of the issues that I raised were repeated by interviewers who grilled Professor Ogunyemi, during the four-hours long interview. He repeatedly called on African scholars in the Diaspora to show their solidarity by pushing the Nigerian government to provide better funding for education. To those who were critical of the ASUU strategy of indefinite strikes as the best way to bring the government to agree to improve conditions in the universities, the ASUU President asked for suggestions of alternative strategies. My essay of 2009 did just that and I wish to quote a few more paragraphs:

Professor Ogunyemi admitted that indefinite strikes were painful for ASUU members and that they would prefer not to adopt such a strategy if the Government would implement agreements and thereby ‘dump indefinite strikes in the dustbin of history’. He suggested that almost all ASUU presidents had been afflicted with health complaints as a result of the stress of the job. For instance, he himself had to travel to every state in the federation to meet with branch officials and help to mobilize members for solidarity in the face of pressure from the government to defeat the union during negotiations. I admit that I may have been mistaken to have called the indefinite strike the ‘preferred means of protest by ASUU’ in my 2009 opinion. In that opinion editorial, I clarified as follows:

“The law guarantees the rights of university workers to go on strike but next time, please make it a one or two day strike (not just as the so-called warning strikes) and return to the classroom to allow mediation and negotiation to continue while the intellectuals continue doing the great job that they love doing as best they could. Not even the general strike of the 1940s led by the great Michael Imoudu lasted for 45 days despite the fact that the struggle (for cost of living allowances and) for the restoration of independence was more crucial than any of the demands of ASUU today.

“The tendency to abandon duties for months on end, no matter how justified the reasons and no matter how glorious the outcomes, must be ended because it is making us the laughing stock of the global intellectual community while giving employers the opportunity to declare victory over syndicalism. I salute ASUU but I am reluctant to support another indefinite strike in our crisis-ridden university system. So I hope that the end of the strike will translate into an enduring decorum suitable for intellectual pursuits.

“Of course, the government could easily prevent another strike by granting the very basic demands of ASUU following agreements reached in the past but not fully implemented. The government should take the new agreements seriously and adhere to them. The government should even go beyond those basic demands and surprise everyone by investing heavily in education at all levels by, for example, recruiting unemployed graduates and deploying them as mass education teachers to eradicate illiteracy within four years the way that Cuba did. Increasing the funding for education four-fold would make ASUU smile and rule out any more hurtful indefinite strikes.”