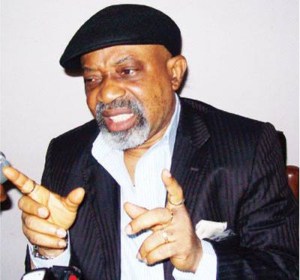 Why FG retirees’ pensions are unpaid, by PenCom

3 weeks ago Comments Off on Why FG retirees’ pensions are unpaid, by PenCom 10 Views

Most Federal Government workers who retired in March last year have not been paid their pensions.

According to the Director-General of the National Pension Commission, Aisha Umar, during her remarks to the Senate Committee on Establishment and Public Services to the commission in Abuja.

She said, “It is perhaps appropriate at this juncture to highlight some of the major challenges of the commission. As you are aware, the fundamental objective of the pension reform is to ensure that every worker receives their retirement benefits as and when due.

“However, it is sad to report that there are, today, a large number of Federal Government employees who retired from March 2020 to March 2021 under the Contributory Pension Scheme that are yet to receive their pensions due to non-payment of their accrued pension rights.

“This challenge, which started in 2014, was essentially triggered by the appropriation of insufficient amounts for payment of accrued pension rights of FGN retirees and further aggravated by late or non-release of full appropriated amounts.”

She said the challenges included the FGN’s non-compliance with the new minimum statutory rate of pension contribution of 18 per cent since 2014; non-payment of approved 15 per cent and 33 per cent pension increases to pensioners under the CPS.

She added that “These have created sad and negative impression on the full realisation of the objectives of the CPS in Nigeria.”

She said that PenCom appreciated the role played by the Senate committee in the past to move the National Assembly to intervene in the matter of payment of outstanding pension liabilities of the Federal Government. She, however, noted that the challenge had not been because pension liability was a moving target that increases on monthly basis as FGN employees retired.

She said, “Another issue that is worth mentioning to this distinguished committee is the persistent complaints against certain sections of the Pension Reform Act 2014, which need amendments.

“This is normal with every new system and the experience of the CPS in Nigeria is bound to be the same. Consequently, the commission had obtained inputs from critical stakeholders and cataloged their proposed amendments of provisions of the PRA 2014.”