April 13, 2021 Comments Off on A CONVERSATION WITH EBENEZER OBEY-FABIYI, PART 2 53 Views

The Making of Ebenezer Obey-Fabiyi 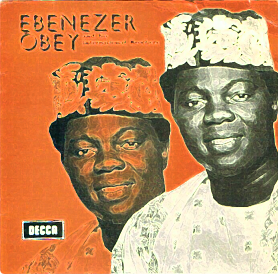 Ebenezer Obey’s birth story is as iconic as the man himself. For about 20 years, his mother, Abigail Oyindamola, and her first husband could not have a perfect marriage due to their inability to have a child. This led to a strained relationship between the duo, which eventually resulted in their divorce. After the divorce, Ebenezer Obey’s mom moved to Idogo, in Abeokuta, Ogun State, where she married Mr. Fabiyi, a carpenter and cocoa trader. The new marriage soon germinated, and our Chief Commander, Ebenezer Obey was born.

Born on April 3, 1942, Evangelist Ebenezer Obey Fabiyi, known by the stage name “Chief Commander,” is a 78-year-old Nigerian musician, songwriter, bandleader, and public figure. He rose to prominence due to the sweetness of his baritone, the life lessons in his songs, the prolonged fusion of drums and guitar in his music, and his dexterity with the guitar. These qualities make Obey’s songs enjoyable by all—the old and young alike. Ebenezer Obey grew up in Idogo, where he had his primary education. He got the moniker “Obey” during his duties as a class monitor and his habit of asking his fellow students to “obey” school rules and instructions. Early in life and as a child in his mom’s church, he showed inclinations towards music. According to the Chief Commander himself in an interview he granted The Vanguard, the musical processions in the mom’s church had a significant influence on him as a child, and he started showing signs of loving music since then.

Ebenezer Obey began his musical training-cum-career as a member of the school band at Methodist Primary School, Idogo. He quickly rose through the ranks to become the bandleader, and his time as a band member and then bandleader shaped him into a dexterous and harmonious music maker. Obey had always been a musical prodigy from the outset. As a young boy, he joined the Idogo Boys and Girls Club, and though he was the youngest member of the club, he was made the club’s bandleader. These experiences in the two bands, coupled with the promotions he enjoyed, all thanks to his talent, convinced the young Obey that he was born to make music and make others happy through his music. For many years, he was the lead vocalist and bandleader for Idogo Boys and Girls Club until members of the band left one after the other, and the band got dissolved. This led resilient Ebenezer Obey to form his own band in 1957, which he named the “Ifelode Mambo Orchestra.” After some years, he changed the band’s name to “Royal Mambo Orchestra.” Obey enjoyed a good time as a bandleader in Idogo, but during this period, he was only getting semi-formal musical education, a self-teaching process of some sorts, which spun off his musical talent and potential.

Midway into his grammar school education, Ebenezer Obey moved to Lagos, and this relocation had one of the biggest effects on his career as a Juju musician. Before this, he had learned to play the guitar and some other musical instruments like agidigbo, a Yoruba musical instrument that had few players during his youthful days. Obey scored other agidigbo players’ music to get better at the art. His dexterity at playing the guitar and the agidigbo, coupled with his voice, made him the lead for many bands in Lagos. Apart from being the doyen of various bands, Obey also collaborated with some of the celebrated musicians of that time. He worked with Bangwoshe and Savage Orchestra, and it was during these years that he met the biggest influence on his musical career. 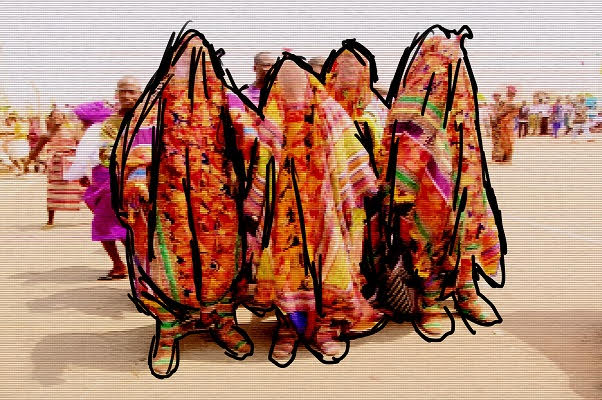 On one of his musical experiments, while listening to J. O. Araba’s song, Obey heard a previously unheard-of style of playing the agidigbo. Being a lover of challenges, he sought to score the part of the music that had the agidigbo instrument, and it was not a walk in the park for him. He eventually scored it, which made him determine to meet the musician who played such musically technical tunes that proved difficult to score. This led Obey to meet Prince Olayiwola Olagunju, the legendary Fatai Rolling Dollar. Struck by Fatai Rolling Dollar’s adeptness at playing agidigbo with his ten fingers, Obey soon got endeared to the older man. Correspondingly, Fatai Rolling Dollar also developed a fondness for Ebenezer Obey for the younger man’s exceptional talent. The day Obey finally met the legendary agidigbo and guitar player, he decided to follow him home. As they journeyed to Fatai Rolling Dollar’s house, Obey composed many songs, which further cemented the on-the-spot bond created between the duo. According to Ebenezer Obey, the bond got so strong that they became very close friends who could hardly do without seeing each other in a week.

The friendship and bond between the two men led to Obey joining the Federal Rhythm Brothers, Fatai Rolling Dollar’s band. This was where Obey got his formal tutelage as a musician, band player, guitarist, and agidigbo player. He enjoyed a good time with the Federal Rhythm Brothers, spending six years with the band. Fatai Rolling Dollar’s style influenced the style of Juju music that Ebenezer Obey later adopted, and this is one reason Fatai is called Ebenezer Obey’s mentor.

After his six years of tutelage under Fatai Rolling Dollar, Ebenezer Obey left the Federal Rhythm Brothers to form his own commercial band, which he named the International Brothers. But music was hardly ever anyone’s primary source of income then. Fatai Rolling Dollar combined his musical career with his work at the train station. In like manner, Ebenezer Obey managed two careers— musician and bandleader, and a clerk. According to the Chief Commander, he did not poach members from Fatai Rolling Dollar’s band. The International Brothers comprised Oke Aminu, Obey’s alto backup singer; Samson Ogunlade, the bongos player; Vasco, the samba player; Gabriel Adedeji, who played bass guitar and agogo; and a host of others. These men were not just band members; they were Obey’s close allies, and he sang about many of them in his songs.

At the formation of the International Brothers Band in 1964, Ebenezer Obey sought promotion for his band and their unique style of Juju music. Obey’s band had some characteristics that separated them from the average Juju band. In the early years of his professional music career, Obey sang and played Highlife-Juju fusion, as influenced by Fatai Rolling Dollar.

Another thing is that Obey made Juju music more enjoyable, using more Yoruba drums, and mixing these drums with guitar music. He also made sure that there was less singing and more instrumentals in his songs. This allowed for people to revel in his tunes and reminisce on every sentence he sings. These things set Obey’s style apart, which is why he is credited with the modernization of Juju music. More so, Obey’s songs had always centered on life lessons from the outset, unlike his contemporaries, who mostly sang about women. A classin in this genre is “Oro Oluwa”

Obey went through some struggles trying to get a label that would promote him and his band. The story of Obey’s making will not be complete without chronicling his ordeals trying to seal a deal with DECCA. Legend has it that Ebenezer Obey trekked for miles from Mushin to Lagos Island to seek a deal with DECCA. The spectacular thing about this deal is that it was one of the most significant and defining points in the career of the clerk-cum-musician; for what is a musician and his band without strategic promotion? Ebenezer Obey was met with disappointment the first time he went to the DECCA West Africa Company on the Island. Dejected but not defeated, he left for home. He returned to the company a week later and met with the same hurdle—a secretary who would not allow Obey access to the company’s artiste manager.

Luckily for the 22-year-old Obey, the Managing Director of DECCA West Africa Company, Mr. Cress, was around. The Managing Director noticed the disconcertion at the secretary’s post, and he asked to know what was amiss. This resulted in another defining point in the life of Ebenezer Obey. Mr. Cress’s interest got piqued in the young Obey, who claimed he was a star. Ebenezer Obey pitched his band to Mr. Cress. He knew that DECCA was a big company and that his chances of being taken seriously by such a company were slim. Obey pitched a deal that would be fair to him and would equally pose little to no risks for the company. He asked the company to place him on trial, record his songs, and sell them without giving him any share of the initial album proceeds. The goal was to see if the album would sell the benchmark 500 copies. If 500 copies of the album were sold successfully, then DECCA would sign Obey and his band. He proposed this deal to the company, confident in his ability to pull it off.

DECCA recorded five songs to make Ebenezer Obey’s first album, Ewo Ohun Oju Ri Laye, in 1964. Ebenezer Obey personally marketed this album; sadly, he could only sell 481 copies, 19 copies short of the benchmark 500 copies. At the perceived failure of this album, the future seemed bleak for the 22-year-old musical talent. However, things turned for good. Mr. Cress had taken an interest in the confident and optimistic young musician from the outset, and when the album was 19 copies short of actualizing Obey’s dream and signing a deal that would go a long way in determining whether or not he would reach stardom, Mr. Cress bought 25 copies of the album. In the end, Ebenezer Obey sold six copies above the benchmark 500 copies and so started a career that would span several decades and place the Commander among the most elevated Juju musicians in Nigeria.

The rest is history! 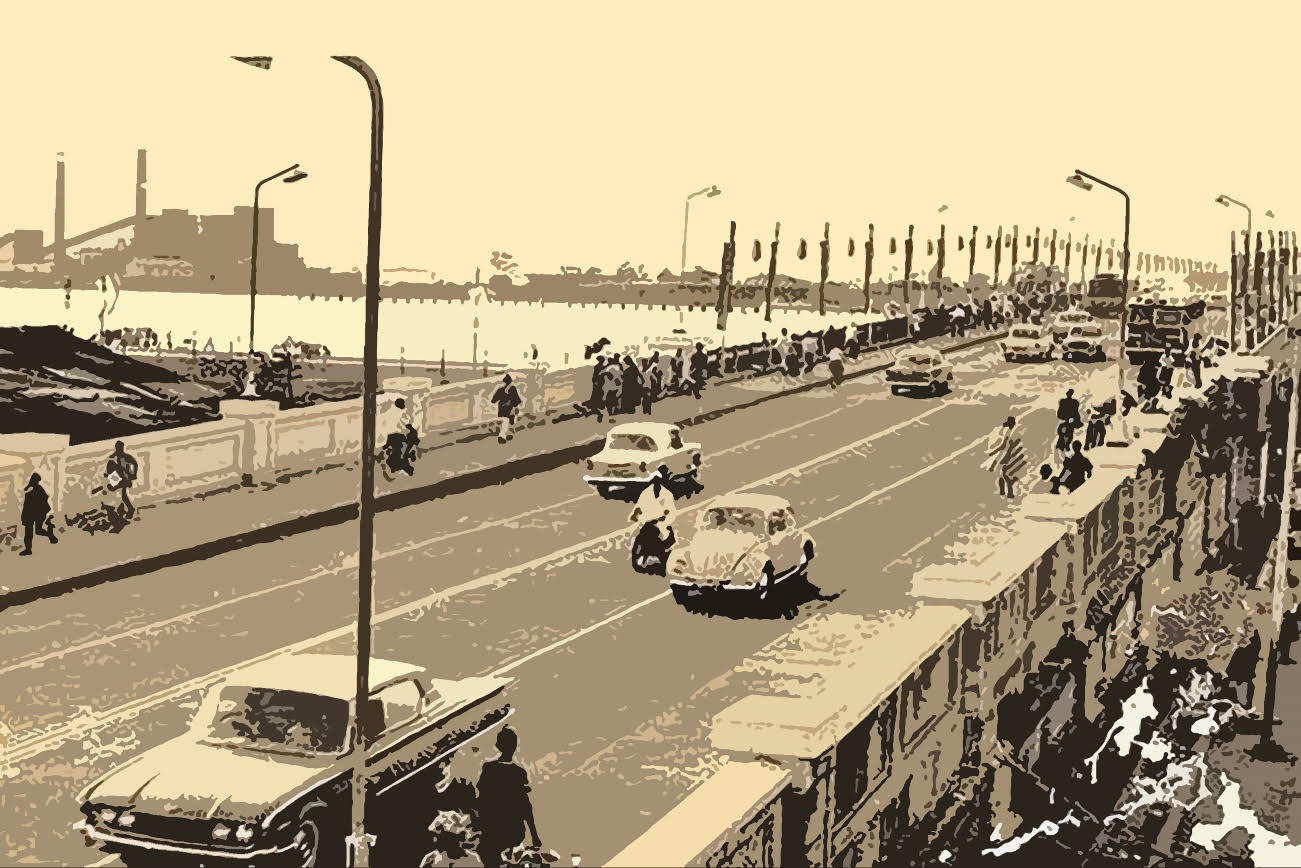 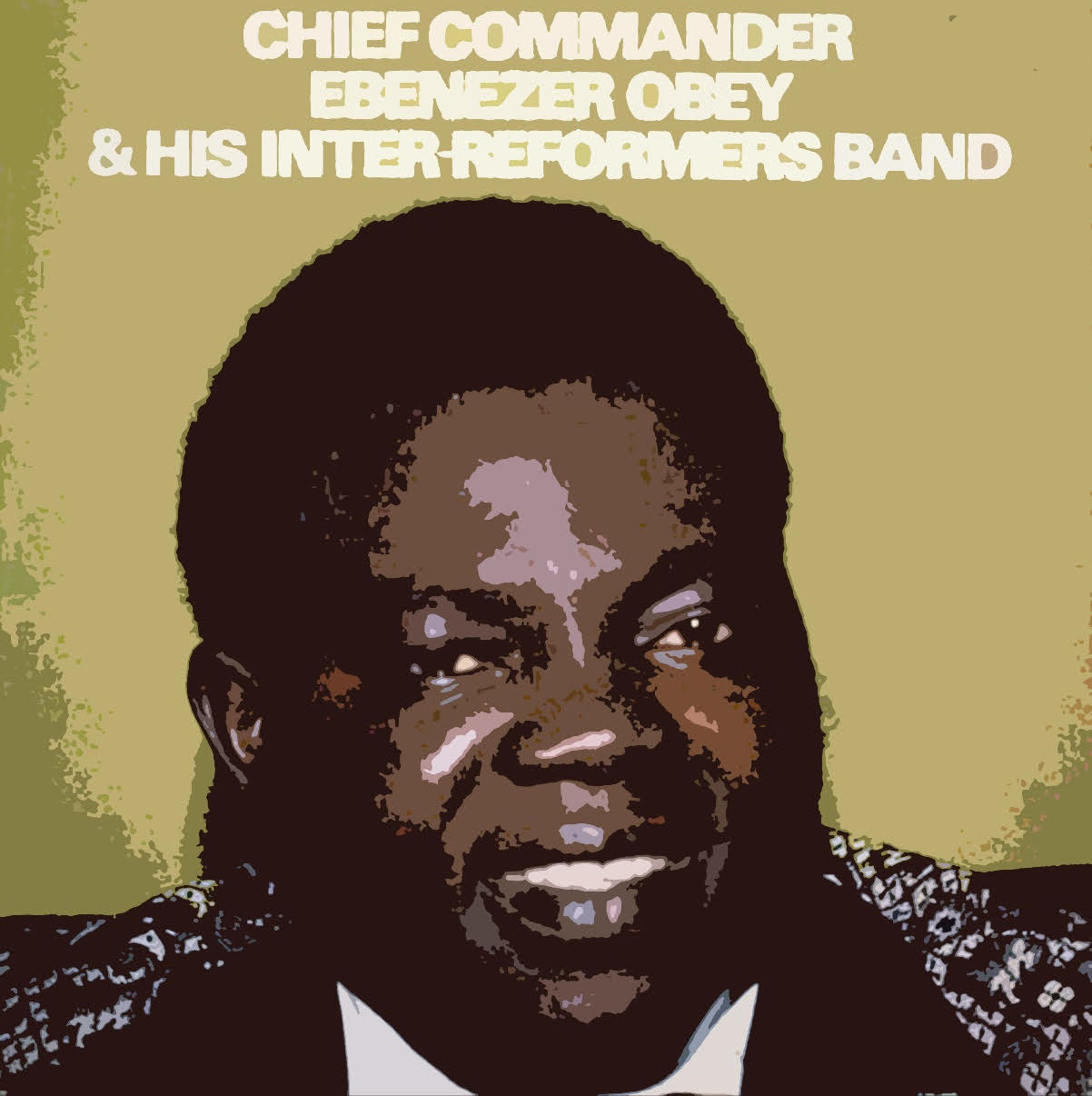