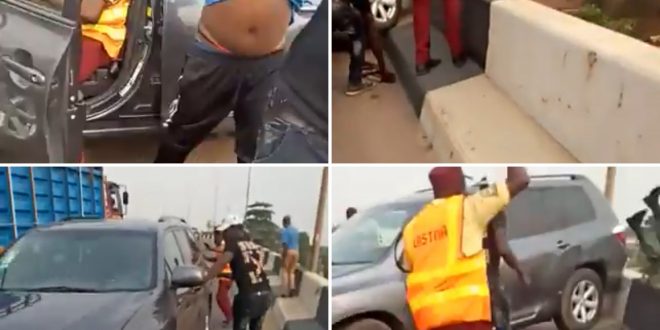 February 25, 2021 Comments Off on VIDEO: Driver Knocks Police Officer Off The Bridge In Lagos 18 Views

A video of an unidentified driver knocking off a police officer over a bridge in Lagos has surfaced online and gone viral.

Following the incident, the policemen have forcefully dragged the driver out of his vehicle and whisked him inside a van stationed at the scene.

Giving an update on the incident, the media aide to Babjaide Sanwo-Olu, Jubril Gawat said though the police officer broke his arm and but still alive.