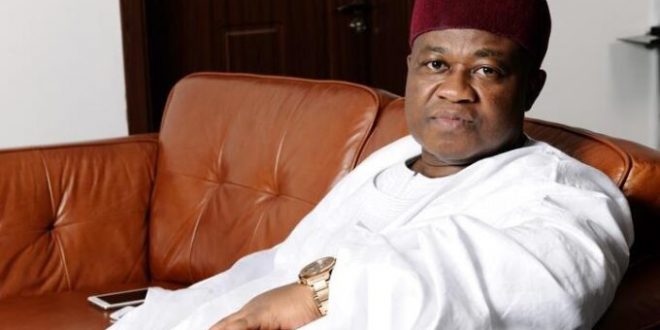 The Chairman and Publisher of Leadership Newspaper Group, Sam Nda- Isaiah is dead.

The former presidential aspirant on the platform of All Progressives Congress(APC) death was confirmed in a report in his newspaper, LEADERSHIP  on saturday morning, quoted his family as saying  “We are deeply saddened to announce the news of the passing of the chairman of LEADERSHIP Group/National Economy, Mr. Sam Nda-Isaiah.

President Muhammadu Buhari, in a statement issued on Saturday by Femi Adesina, his spokesman, described him as a friend and an ally that will be sorely missed.

“President Muhammadu Buhari has expressed shock and sadness at the death of Publisher of Leadership Newspapers, Sam Nda-Isaiah, a man he describes as ‘a friend and ally,’” the statement reads.

“The President condoles with the media fraternity, the Nda-Isaiah family, friends and associates of the deceased.”

The president was also quoted as saying, “the country has lost a man of conviction, a resolute and dogged believer in a better Nigeria.”

“He will be sorely missed. This is a massive fish gone out of the media ocean,” Buhari added.