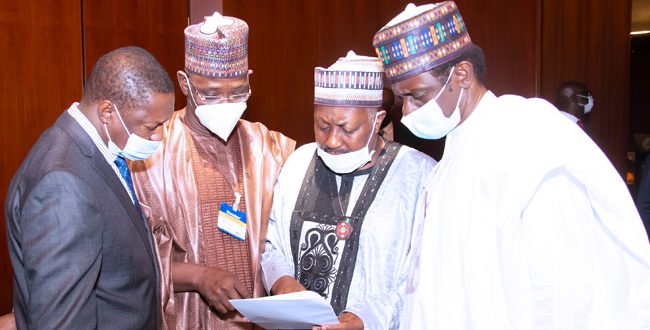 The National Executive Committee (NEC) of the All Progressives Congress (APC) on Tuesday dissolved all the party executives at wards, local, states and zonal levels.

The party decision-makers also expelled Ntufam Hilliard, vice -chairman south-south, for failing to withdraw a suit he instituted  against the caretaker committee.

At the meeting were President Muhammed Buhari, Vice President Yemi Osinbajo and other party chieftains.

With this development, all party executives at the polling unit, wards, local government, states and zonal levels are not to constitute caretaker committees.

NEC also directed that all new members should be granted a waiver to contest for election without having to wait for two years as was done previously.