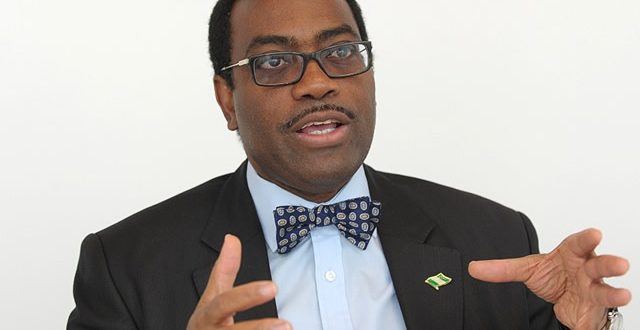 July 28, 2020 Comments Off on PMB Lauds AfDB Board as Independent Panel Exonerates Adesina of Wrongdoing 24 Views

President Muhammadu Buhari has  expressed contentment with the clearing of President of the African Development Bank (AfDB), Dr Akinwunmi Adesina, of all allegations against him by an anonymous group, and further validation of his competence and integrity to lead the institution.

President Buhari in a statement by his media aide, Femi Adesina, congratulated AfDB Board of Directors, the Ethics Committee and members of staff for their courage, maturity and patience in following through the process of investigations, and acceptance of Report of Panel of High-Level Independent Experts, which reviewed the Report of Ethics Committee of AfDB, and Dr Adesina’s  response.

The President commended the eminent personalities, consisting of Mary Robinson, Justice Hassan B. Jallow and Leonard F. McCarthy, who handled the review of the report of the Ethics Committee, and their professionalism in rejecting support services, and providing a unanimous report.

President Buhari believes the conclusion of the review should finally draw a curtain on the allegations that created distractions for the entire institution for a period, and serve as impetus for more diligence in handling responsibilities, while fueling the zeal to deliver on the promises of a greater Africa.

The President urged Dr Adesina to remain steadfast, dedicated and resolute in pursuing his noble goals for the institution, especially, with the now expected second term in office, assuring him of the prayers and support of Nigerians.

The Independent Review Panel set up by the Bureau of Governors of the African Development Bank (AfDB), has exonerated President of the Bank, Dr Akinwumi Adesina of any ethical wrongdoings.

This is contained in the panel’s report made available to the News Agency of Nigeria (NAN) on Tuesday.

The Independent Review Panel was constituted following a complaint by the United States, to review the process by which two previous organs of the Bank – the Ethics Committee of the Board, and the Bureau of the Board of Governors had previously cleared Adesina.

The three-member Independent Review Panel was headed by Mary Robinson, who is a former President of the Republic of Ireland, a former United Nations High Commissioner for Human Rights.

Other members were the Chief Justice of the Supreme Court of Gambia, Mr Hassan  Jallow and Mr Leonard  McCarthy, a former Director of Public Prosecutions, and a former Director for the Office of Serious Economic Offences.

The report of the Independent Review Panel stated that it concurred with  the Ethics Committee in  its  findings  in  respect  of  all  the  allegations  against  the President  and  found  that  they  were  properly  considered  and  dismissed.

The panel added that it had considered  Adesina’s submissions on their face and found them consistent with his innocence as well as to be persuasive.

A senior management staff at the Bank who pleaded anonymity, said the conclusions of this review panel were decisive and had now cleared the way for Governors of the Bank to re-elect Adesina to a second five-year term as President during annual meetings of the Bank scheduled for August 25-27.

NAN recalls that in January, 16 allegations of ethical misconduct were levelled against Adesina by a group of whistle-blowers.

The allegations which were reviewed by the Bank’s Ethics Committee of the Board of Directors in March, were described as “frivolous and without merit.”

The findings and rulings of the Ethics Committee were subsequently upheld by the apex Bureau of the Board of Governors in May, which cleared Adesina of any wrongdoing.