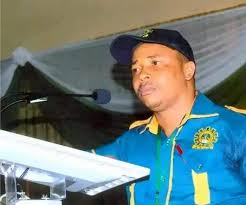 A lecturer at the Ken Saro-Wiwa Polytechnic, Dr. Ferry Gberegbe, who was allegedly shot by the police during the violence that marred the March 9 governorship and state assembly elections in Rivers State has died.

He reportedly died today at St. Patrick’s Hospital, Port Harcourt, where he had been on admission.

A former chairman of the National Human Rights Commission, Dr. Chidi Odinkalu, broke the news of his death in a Twitter post.

Odinkalu’s tweet reads: “Dr Ferry Gberegbe taught at the Ken Saro-Wiwa Poly & was collation officer in the 9 Mar Governorship election in Khana LGA, Rivers State, when they were attacked & he was shot by @PoliceNG team reportedly led by ACP Akin Fakorede. He died today at St. Patrick’s Hospital, PH. #RIP.”