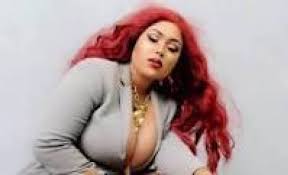 Ghanaian Actress Spends 960K to get Roles in Nigerian Movies

March 17, 2019 Comments Off on Ghanaian Actress Spends 960K to get Roles in Nigerian Movies 95 Views

A Ghanaian actress has claimed that she spent a whooping N960k on bleaching just to get roles in Nigerian movies.

Popular Ghanaian actress, Ella Mensah, has revealed that she bleached her skin in other to be getting movie roles in Nollywood.

In a snippet of an interview that Delay Ghana posted on her Instagram page, Ella revealed how much she spent on bleaching her skin.

According to the actress, she had to take an injection which cost about costs £2,000

“I don’t use cream to bleach my skin, I took an injection.”

The actress who added that she owes no one an explanation for bleaching her skin, says it has helped her gain recognition in the movie industry.

’I thought about it and it is my own skin and thank God I am not going to hurt or kill anybody. So I did it because I love it and also partly because of my job’.

In a previous interview with Sammy Flexx on Zylofon Fm, Ella revealed that Nigerian movie producers and directors prefer giving roles to light-skinned actresses as they see them more attractive.

‘If you are a dark-skinned person, your talent alone is not going to push you up because a producer once told me that I have the height, the body and that I am look attractive’’