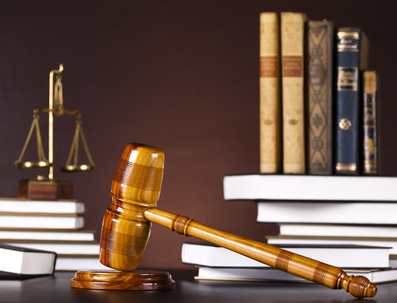 The Police has bared fangs on nine men accused of stealing cocoa beans worth about N80 million in Lagos, Nigeria.

The nine suspects have been arraigned before an Igbosere Chief Magistrate’s Court, Lagos by men of Force Criminal Intelligence and Investigation Department (FCIID), Alagbon, Ikoyi, Lagos, who are handling the case.

The police in charge number A/27A/2018, alleged that all the defendants committed the offence between the month of October 2017 and February, 2018.

At the defendants’ arraignment on Wednesday, the prosecutor, Barrister Morufu Animashaun, informed the court that the first to four defendants, were the receivers of the said goods, while the fifth to ninth defendants, are drivers to  a company, Starlink Global and Ideal Limited, located at Oshodi-Apapa Expressway, Lagos, who diverted the stolen cocoa beans.

Animashaun told the court that all the defendants conspired together to commit the heinous act.

The prosecutor told the court the the said offences are contrary to and punishable under sections 411 and 287(5) of the criminal laws of Lagos State of Nigeria, 2015.

All the defendants pleaded not guilty to the charges.

Following their plea, their lawyer, A. A. A. Rufai, urged the court to admit bail to his clients in the most liberal terms. He submitted that the charges against them are bailable ones, and that they will always be  available for their trial.

Admitting bail to the defendants, presiding Chief Magistrate, O. O. Oshin (Mrs) admitted each of the defendants bail in the sum of N500,000 with two sureties in the same like sum.

She also ordered that the verification must be done by the prosecutor.

The defendants’ trial has been adjourned till September 24, 2018.

Count one of the charge against the defendants read: “that you Alhaji Ola Dauda Akande, Alhaji Akinpelu Afeez, ldowu Jelill Dauda Murltala Ademola, lateef Jamlu Babatunde, Olalere Bukunmi, Ibrahim Yusuf, Mufutau Adewale, Muyideen Akande, and others now at large, between the month of October 2017 and February, 2018, at Apapa-Oshodi Expressway, Lagos in the Lagos Magisterial District did conspire amongst yourselves to commit to wit: stealing and thereby commuted an offence contrary to and punishable under Section 411 of the Criminal Laws of Lagos State 2015.