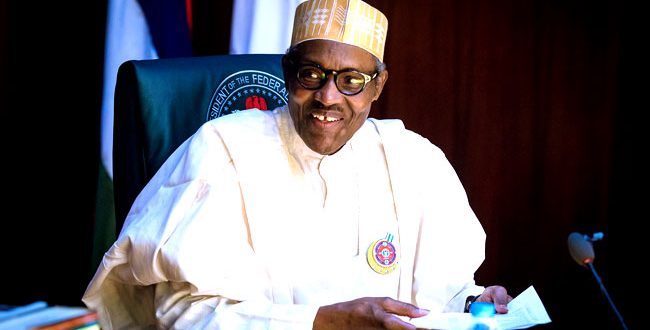 May 29, 2018 Comments Off on Super Eagles To Meet President Buhari On Wednesday 29 Views

The Russia 2018 World Cup-bound Super Eagles contingent will on Wednesday meet with President Muhammadu Buhari at the Presidential Villa in Abuja, the nation’s capital.

In a statement on Tuesday, the scheduled meeting comes after an unsuccessful session with the President that also fell on the Democracy Day celebrations.

“It would be an opportunity for the country’s leader to meet with and wish the three –time African champions well on their way to a sixth appearance at football’s biggest showpiece,” the statement read in part.

According to officials of the Nigeria Football Federation (NFF), the meeting would take place at the Council chambers at 10am, before the commencement of the weekly Federal Executive Council meeting.

Youth and Sports Minister, Barrister Solomon Dalung, is expected to present the country’s ambassadors to Buhari, hours before their departure for a pre-World Cup friendly.

The friendly match would be against England’s Three Lions at the Wembley Stadium on Saturday evening.

From London, the delegation will fly into Bad Tatzmannsdorf, a city in Austria where they will spend eight days at the world –renowned Avita Resort before flying to Russia.

In-between the final camping in Austria, the team will play a final pre-World Cup friendly against the Czech Republic at the Rudolf Tonn Stadium (just outside Vienna) on Wednesday next week.

Luck however ran out of them following their exit at the group stage at the 2002 and 2010 finals.

Share
Previous Democracy Day: Think Of The Next Generation Not Elections, Jonathan Tells Politicians
Next Destablisation Claim, Another Sham From Dickson’s Bag of Lies By Sylva Media Office