Breaking News
Home / News / Are you back?’ — Buhari asks IGP As They Observe Friday Prayer Together at Aso Rock Mosque 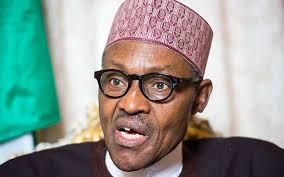 Are you back?’ — Buhari asks IGP As They Observe Friday Prayer Together at Aso Rock Mosque

May 19, 2018 Comments Off on Are you back?’ — Buhari asks IGP As They Observe Friday Prayer Together at Aso Rock Mosque 20 Views

According to NAN, the IGP walked up to the president after the prayer session, and while exchanging pleasantries, Buhari asked him: “Are you back?”

The IGP has been in the news all through the week over his row with the senate and some funny videos.

On May 9, the upper legislative chamber passed a vote of no confidence on the IGP, describing him as “enemy of democracy’’ over his failure to honour its invitations twice.

Idris, however, asked the deputy inspector-general of police (operations), Joseph Habila, to represent him at the senate.

On Thursday, Senate President Bukola Saraki accused the IGP of trying to implicate him and Abdulfatah Ahmed, governor of Kwara state, in a criminal case involving some suspected cultists.

The senate has raised a 10-man panel to meet with Buhari over the allegation leveled against the IGP by Saraki.