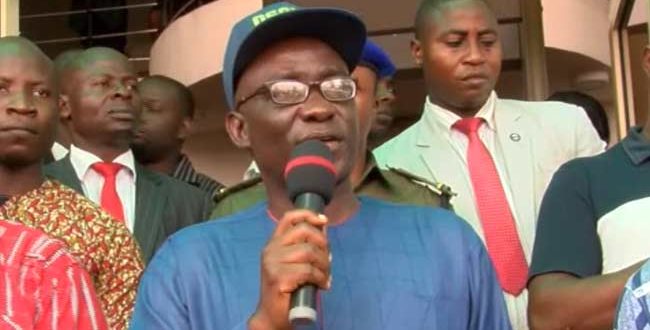 The incumbent Deputy Governor of Ekiti State, Professor Kolapo Olusola, has emerged candidate of the Peoples Democratic Party for the Ekiti state governorship election scheduled to hold on July 14, 2018.

Olusola defeated his rival, former Minister of State for Works, Dayo Adeyeye, to emerge winner in the governorship primary election.

The election which held across all 26 local government areas of the state on Tuesday, had more than 2,100 delegates participate in the exercise.

The delegates were made up of 1,585 statutory members of the party, and 547 National Ad-Hoc Committee Members.