Breaking News
Home / Opinion / THE 2018 WORKER’S DAY: THE URGENT NEED FOR THE LABOUR MOVEMENT IN NIGERIA RECLAIM ITS CENTRAL ROLE IN NATIONAL DEVELOPMENT. BY JAYE GASKIA 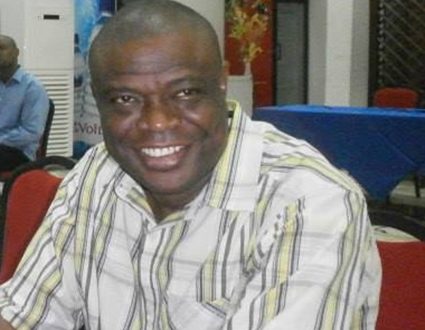 THE 2018 WORKER’S DAY: THE URGENT NEED FOR THE LABOUR MOVEMENT IN NIGERIA RECLAIM ITS CENTRAL ROLE IN NATIONAL DEVELOPMENT. BY JAYE GASKIA

May 1, 2018 Comments Off on THE 2018 WORKER’S DAY: THE URGENT NEED FOR THE LABOUR MOVEMENT IN NIGERIA RECLAIM ITS CENTRAL ROLE IN NATIONAL DEVELOPMENT. BY JAYE GASKIA 58 Views

Coming in the Fortieth year of existence of the Nigeria Labour Congress [NLC], Nigeria’s main and largest trade union center, the leadership of both the NLC and the Trade Union Congress [TUC], have chosen the very appropriate theme of ‘’The role of the labour movement in national development: dare to win, dare to struggle’’ to mark this global day set aside to honour the legacy of workers’ struggles across the decades since 1889, and as well to celebrate the victories, triumphs and progress made in the course of those struggles.

The theme chosen to mark the Worker’s Day this year in Nigeria, is not only appropriate and apt, but also quite timely, given our recent history as a dysfunctional nation.
Why is this so? Put simply, on the eve of another divisive general elections, Nigeria’s unscrupulous and irresponsible ruling class across all its factions and fractions, have once again, throwing caution into the winds pushed our nation right up to the edge of catastrophic national self-destruction.

But before we address the main issues, let me digress a little. The very notion of being a worker is itself under existential threat, just as is the very notion of being a Nigerian in a wobbly Nigerian nation.
Watching and listening to commentaries all through today, as well as making observations while actively participating in the Worker’s Day activities, it has become clear that there is a lot of confusion about who is a worker.

I have heard anchors of radio and television programs, as well as correspondents of the print media houses talk about labour day as if it is NLC and perhaps TUC day, and as if it is not their own day as well, given that as workers in the media they belong to unions which are affiliates of the NLC and the TUC.
This phenomenon of the alienation of the self from the collective is more pronounced among commercial vehicle drivers and operators who all belong to unions affiliated to the NLC.

There is also a common notion which assumes that the NLC and TUC contrary to the reality, only organise government and or public-sector workers; as if the workers in the private sector are not covered by and do not belong to unions affiliated with the two labour centers.

At another extreme are civil society activists and workers who earn a living working in NGOs, CBOs, FBOs and International Development Organisations [IDOs], but who somehow alienate themselves from the working class and who will not only dispute their inclusion in the labour movement, but who are actually hostile to the labour movement and the trade unions.

Guess what the fact that you are unorganised does not mean that you are not a worker; in fact your unorganised status makes you extremely very vulnerable indeed, and undermines your ability to shape and determine your own work environment and livelihood destiny. Period!

It is a similar attitude to that of the majority of the elite in the middle and upper classes who discountenance politics, term it dirty – which it is, but then keep off it, and even takes election days as off duty days during which they stay at home, relax, merry make, and do everything but go out to vote!

And where has this self-defeating standoffish attitude led us? Into the very heart of damnation, with an insignificant minority of our population deciding our fate at every election, and with the same elites turning themselves into perpetual grumblers and complainers.

If you don’t go out to vote, if you are not a registered voter, if you have not collected your PVC, if you do not intend to vote in 2019, and do not intend to get involved in the conversations around scrutinising election programs and candidates; then you will have no right to complain after the elections, and the elected government begins to misbehave and or underperform in office.

Equally important and significant have also been its contributions to national economic development. That we have emerged as Africa’s largest economy has been due largely to the productivity, competence, and expertise of the workers and labour movement; even if this economic fit has been achieved inspite of the inchoate and dysfunctional nature of government policies, as well as the historical decline in the quality of leadership and capacity to lead of the ruling class.

At decisive moments in our history it has been the worker’s organisations and the wider labour movement that have always emerged to play the role of defenders of our common interests, and the unifying factor keeping us together, and preventing the precipitous collapse of our country.

Nigeria’s organised workers centers, as well as the wider labour movement organise and mobilise Nigerians on the basis of their role in the production process, not on the basis of their ethnic groups, religious groups or so-called states of origin. It is this intrinsic character of the movements that make them some of the most truly Pan-Nigeria movements that have existed in the country, and that also makes it potentially possible for the worker’s organisations and the labour movement to speak for and on behalf of the average and ordinary Nigerian citizen; to speak for, promote, advance, and defend the common interests of Nigerians, beyond religious, ethnic and or state or geo-political divides.

If it is true, as it is affirmed in the 1999 constitution of the Federal Republic Of Nigeria [CFRN] as amended, that the central purpose of government and governance, of the Nigerian state at all levels, is to provision the security and wellbeing of citizens; then it follows that the central role of the state and governance is the delivery of effective, qualitative, accessible public services. It is also instructive that these public services cover the basic welfare services that lead to ensuring the wellbeing of citizens. And for the avoidance of doubt, these are basic services delivered as public services in Education; Health; Food and nutrition, Water, sanitation and hygiene; Shelter – that is housing; and security – because security being the exclusive preserve of the state is indeed a public service. In Nigeria, given their centrality to our current underdevelopment, and their potential centrality to our national development, we would have to add power and energy as basic services that require to be delivered as public services.

At the moment we have the highest unemployment rate in our history for a generation; we live in arguably not only the most unsafe place to give birth and bring up a child in the world, but also the most divided and most unequal society in the world. Plus, we perhaps also have the misfortune of being burdened with the most unpatriotic, the most irresponsible, and the most virulently divisive ruling class in the world.

Whereas Nigerians are some of the most educated and industrious people on the globe, we are also home to the largest number of out of school children – at 13.6 million in Africa, and again the 3rd largest number of out of school children in the world after Afghanistan and Pakistan. Not even Syria devastated by 5 years of debilitating civil war has such numbers of out of school children.
So with such high levels of inequality, and with such glaring decline in leadership quality and capacity provided by the ruling class; with the glaring absence of Nigerian leaders and the proliferation of ethnic, religious sectarian, geo-political leaders; this is the time, when our country once again needs the Pan Nigerian leadership of the labour movement.
At this chaotic junction in our history, it has become an urgent imperative for the labour movement to step forward and provide national political leadership for our country. The labour movement must return to the political arena, reclaim its place within the polity and politics, and organise itself, and mobilise Nigerians to participate in governance and the policy making and implementation processes. The labour movement must wean itself from its current self-inflicted role of reacting to and criticising policy.

As we celebrate the working person today, as we mark and honour the legacy of our struggles, it is pertinent and incumbent on us to reflect on our history and our unrealised potential, and renew our commitment to nation building by taking decisive steps to Take Back Nigeria – Inch By Inch, And Rebuild Our Country – Brick By Brick.

Jaye Gaskia is Convener of Take Back Nigeria Movement [TBN], a product of and leading member of the Labour Movement, and a 2019 Presidential Aspirant.

Share
Previous All Of Us Deserves Some Accolades, Osinbajo Praises Nigerian Youths
Next Exclusive: Enemy In the House, Oni and Fayose’s Secret Pact Exposed!